Marketers face many issues in the decision making process in order pursue the many different possibilities concerning foreign and domestic markets in terms of expansion and structural change. These companies seek ways to improve capital by expanding into different markets, investing, and enhancing the quality of life with their products in foreign markets and the pursuit of such a move could either be adverse or positive to the company in nature.

Turn in your highest-quality paper
Get a qualified writer to help you with
“ International Marketing ”
Get high-quality paper
NEW! AI matching with writers

Initially, there are steps taken and research conducted by the company to ensure the route they area attempting to take will prove to have a positive return, just as long as their plans are in tune with, or along the same lines as, the market they are attempting to interact. As stated in the text “Comprehensive decisions must be made regarding key strategic choices, such as standardization versus adaption, concentration versus dispersion, and integration versus independence” (Cateora, gilly,graham 306), this means both sides must have cohesion prior to the decision making process to ensure the products, or services, offered have a positive reaction to the culture they are attempting to attract.

Among other issues faced by the companies the opportunities presented by outside or foreign, markets are not always in sync with those of the companies, for example, as the text states “it may be necessary to change the objectives, alter the scale of international plans or abandon them. One market may offer immediate profit but have a poor long-run outlook, while another may offer the reverse” (Cateora, Gilly, Graham 313), this shows the primary difference between developed markets and undeveloped markets because where the resources are lacking within an untapped market they strive and do not provide speed bumps and hinderances within a developed market.

Since there must be a gain from expanding to these foreign markets, the companies work in attempting to unify with the needs of the market to support the expansion may at times exceed the benefits gained. The problems within an undeveloped foreign market could prove too unpredictable to be able to support such a move by an outside source attempting to gain access into the market, among other issues to include foreign investment, and tariffs the expansion could be more costly than it is beneficial.

12. The text discusses stereotypes, ethnocentrism, degree of economic development, and fads as the basis for generalizations about country of origin effect on product perception. Explain each and give an example.

Country of origin effect is described as the “influence that the country of manufacture, assembly, or design has on a consumer’s positive or negative perception of a product (Cateora, Gilly, Graham 363), essentially it is the realization of the products country of origin and the consumer’s translation of the revelation in terms of continued support of the products or services. This realization leads into the generalizations mentioned within the text these generalizations aslo allow the consumer to pass judgement based on their primary ideas or assumptions of the country of origin which are generally bias and culture based either negatively or positively motivated.

A stereotype is a common image or judgement of someone or something, as noted within the text, these images are “formed by experience, hearsay, myth, and limited information” (Cateora, Graham, Gilly 363), generally an idea or bias o forced upon another. Since Most consumers have an idea or notion of other people in other countries these notions have a tendency to find ways to define their products as well, but the ideals and cultures shared within another country could oppose those of others that may not want to support the sell of their products and services. Stereotypes become important within consumer markets because consumers may want to know where and how their products are being manufactured.

This also blends into the idea of ethnocentrism where one may believe their culture is superior to another and decide that foreign products have no place in their country and this can influence the opposition of outside products and services. Some stereotypes also have a overall perception of products and services because of where they come from and the premise of what they represent in terms of industrialization and developing, most developing countries have stereotypes against them because of this. This is the practice of dividing similar products into an “ours” versus “theirs” circumstance where the home country depends and sides with locally manufactured products and services. Fads are typically products that tend to be in the now and have no home of origin, they simply come and go with time.

These stereotypes all have implications concerning generalizations about country of origin simply because every consumer has an opinion on where and how the products and services come about. These opinions become a part of the product life cycle because they determine the positive and negative outcomes of theses products within different regions. 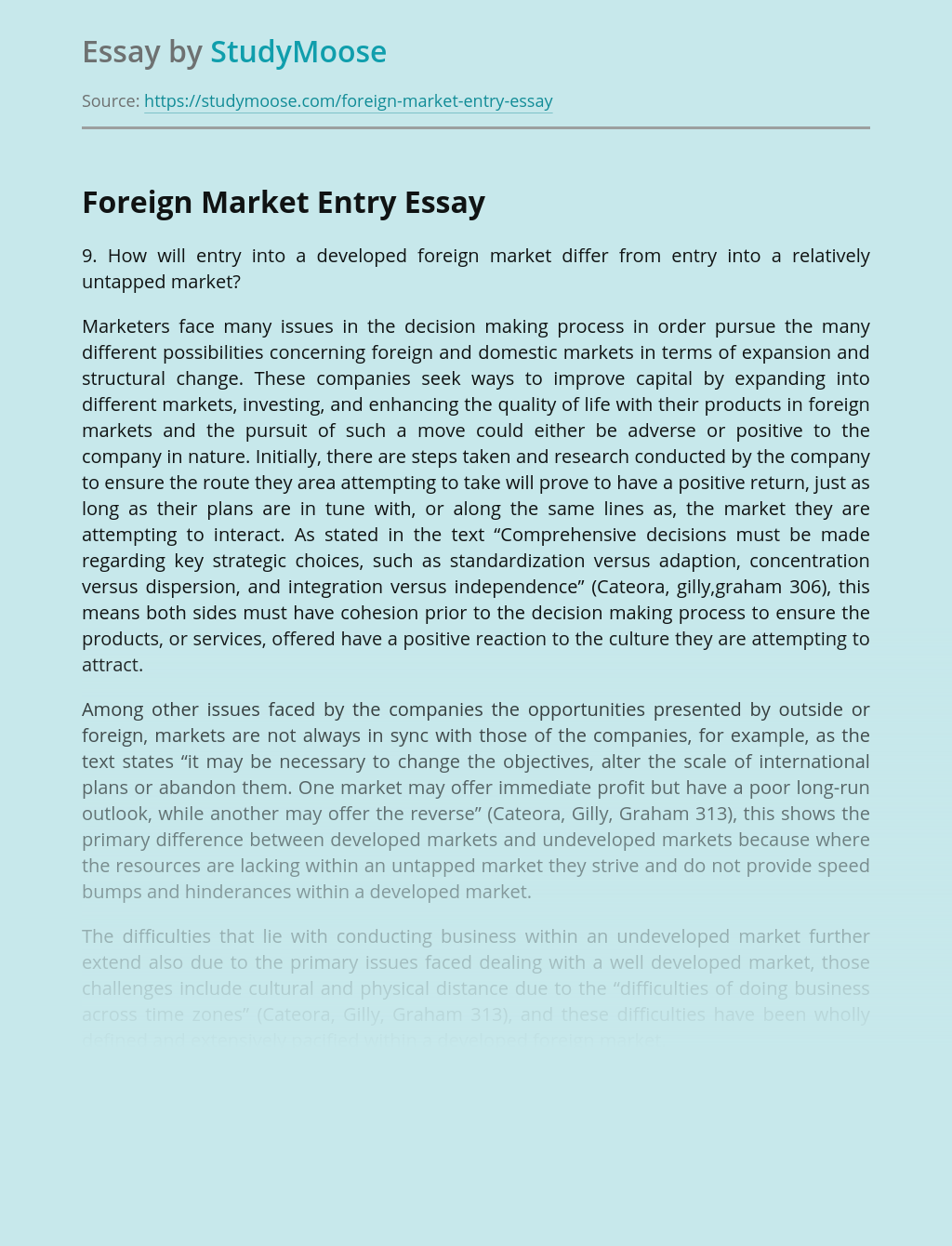 Turn in your highest-quality paper
Get a qualified writer to help you with
“ International Marketing ”
Get high-quality paper
Helping students since 2015
Stay Safe, Stay Original