According to Wikipedia, football is a family team sports that involve, to varying degrees, kicking a ball to score a goal. In some countries known as soccer they used and called the word football. But, on this essay I compare and contrast American football and soccer. The word soccer is vastly only used in the USA, but Recently the word is understood across the world as meaning football. Football and soccer are most impressive, popular, loveable and familiar kinds of sport.

Don't use plagiarized sources. Get your custom essay on
“ Football and Soccer ”
Get custom paper
NEW! smart matching with writer

Basically soccer almost known sport throughout the world. American football commonly plays in America and Canada. The similarities of both sports character two opposing teams of 11 players. And they playing on large field on artificial grass or might be on turf. When the playing, both games used one ball. The other similarity of the game is object of the game is score the most goals to win the game. Also, both sports share the concept of having an offense and defense.

To block other players and keep them from scoring used physical contact. Both sports have many differences rather than of similarities.

First of all, the rules of football and soccer is different. Football players can play both their arms and legs. But, in soccer without goal keeper the rest of 10 players they cannot play by their arms. They can only use their feet and head. The materials for both sports does not have quite as much in common. The ball used for soccer is perfectly round, but a football is prolate spheroid.

Although both of them players wear shirts with their names and numbers
on the back, what they wear under them is very different. Football players are covered from head to feet with protective padding. In contrast, soccer players wear plastic guard under their socks. 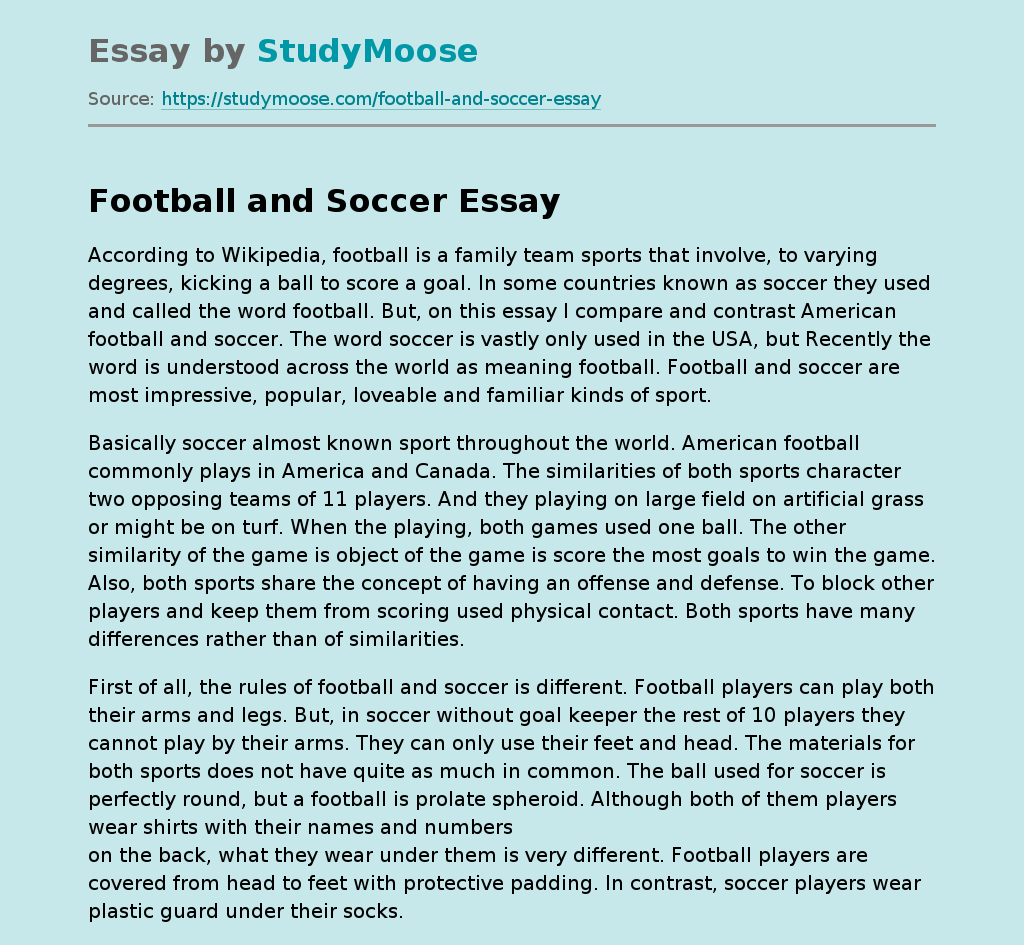