This paper discusses the character Gatsby, from the book, Fitzgerald’s “The Great Gatsby”, whom the author sees as a pathetic failure.

Pathetic is a term used to describe someone who is pitifully unsuccessful. Success is not necessarily measured in wealth or fame, but it is measured by how much one has accomplished in life. A successful person is one who has set many goals for himself and then goes out in life and accomplishes some of them, but goes on living even if failing on others.

Don't use plagiarized sources. Get your custom essay on
“ Fitzgerald’s “The Great Gatsby” ”
Get custom paper
NEW! smart matching with writer

In the novel The Great Gatsby, Jay Gatsby is a pathetic character because he wasted his whole life chasing an unrealistic dream. Gatsby’s dream is unrealistic because “it depends for its success upon Daisy’s discontent with her marriage and her willingness to exchange it for a life of love. But Daisy’s discontent, like her sophistication, is a pose.”(Aldridge 36) The fact is, Daisy has almost all of the things that a woman could want out of a marriage.

She is very wealthy, she has a beautiful daughter, and her relationship with her husband is of a comfortable nature. It is true that her life is not very exciting, but it is unreasonable to think that she would trade all that she had in her marriage to Tom Buchanan for Jay Gatsby. At that time, divorce was very uncommon, and it was very unlikely that any woman would leave her husband for any reason at all. Everything that Gatsby ever did in his whole life was based upon his pursuit of the dream. 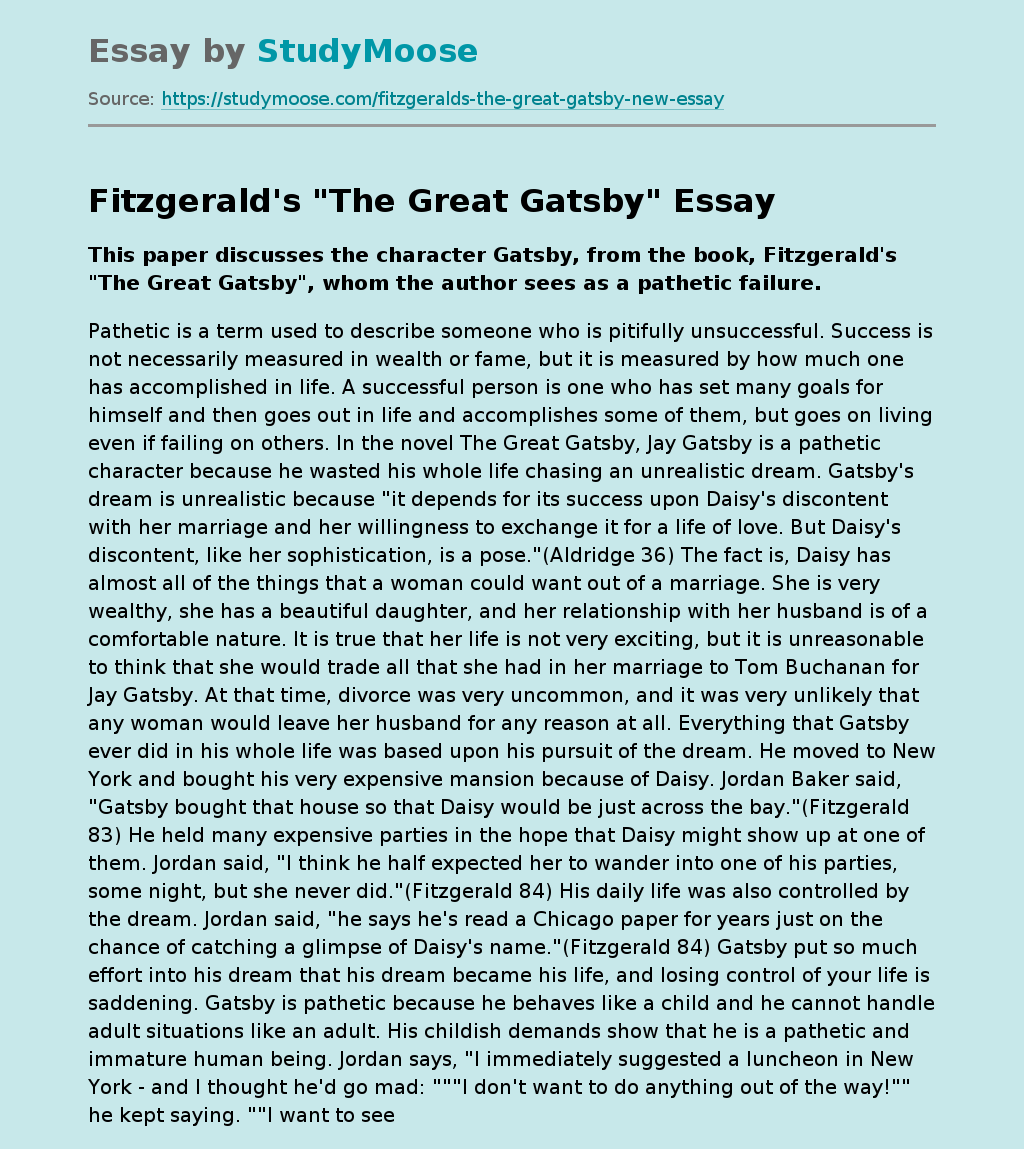