Don't use plagiarized sources. Get your custom essay on
“ First Gsc Cinema in Miri, Sarawak ”
Get custom paper
NEW! smart matching with writer

“GSC plans to convert its existing halls to digital halls by 2014”, she added.

For those who may not be so familiar, GSC Lite offers GSC’s cinema entertainment magic in a lighter, modest and more accessible manner to cater for markets like Miri, without sacrificing the effects of big screens and digital sound like those offered in GSC cinemas nationwide.

Built at a cost of RM17.5 million, GSC Bintang Megamall Miri will be equipped with three (3) Digital 3D halls and will have a total seating capacity of 1,010 seats to cater to the Miri community and beyond.

GSC Bintang Megamall also provides online ticketing facility (GSC e-payment) for both internet and mobile purchases (Mobile app iPhone and Android) and offers the convenience to movie goers .This includes the SelfPrint service and auto-gate features to ensure that GSC’s valued customers will enjoy every bit of great cinema going experience GSC has to offer.

In conjunction with the new cinema opening, GSC Bintang Megamall customers will also enjoy a complimentary “Wizard of Oz” multi-purpose pouch with each purchase of GSC Combo 3 (while stocks last). GSC patrons here will be further rewarded with 1,000 “Buy 2 Free 1” vouchers with every two tickets purchased at GSC Bintang Megamall ticketing counter.

For the opening weekend, there will be special movie character and clown appearances, balloon giveaway, movie themed block puzzle games and electronic games. 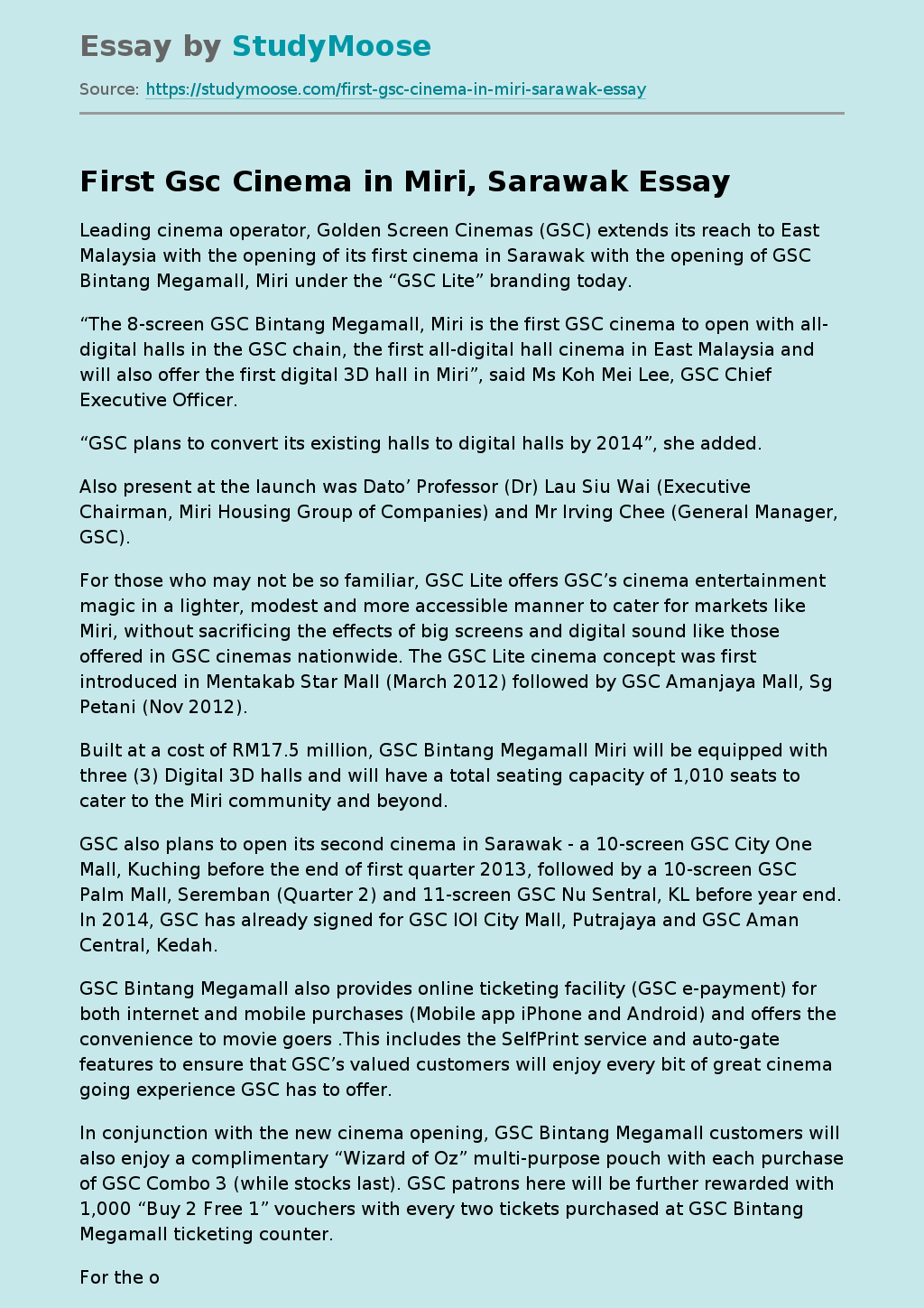