The liquidity ratio measures the adequacy of Johnson & Johnson’s cash resources to meet its short-term obligations. It is calculated as current assets divided by current liabilities. The company’s current ratio increased from 2010 to 2011.

It then declined significantly from 2011 to 2012. It went from 2.05 to 2.38, then down to 1.9. Normally, it is good to have a low liquidity ratio, such as 1. Johnson & Johnson’s liquidity ratio has improved over the last 3-years. The current liquidity ratio indicates it is able to pay or cover its short-term debts (Kokemuller, n.d.).

The leverage ratio measures the shareholders’ equity to debt, which was used to fiancé the company’s assets. A low ratio number indicates there is less of a claim on company assets by the debt holder, which means a lower risk. The company showed a 0.2965 in 2010, which is really low. It increased to 0.3439 the next year, which means the company had a slightly higher risk. In 2012, the ratio dropped down to 0.2494 (Johnson & Johnson Debt, n.d.).

The efficiency ratio is an indication of how effective the company has utilized its assets, how fast it collects revenue, and how quickly it can sell its inventory. Asset turnover is calculated as sales divided by
average total assets. 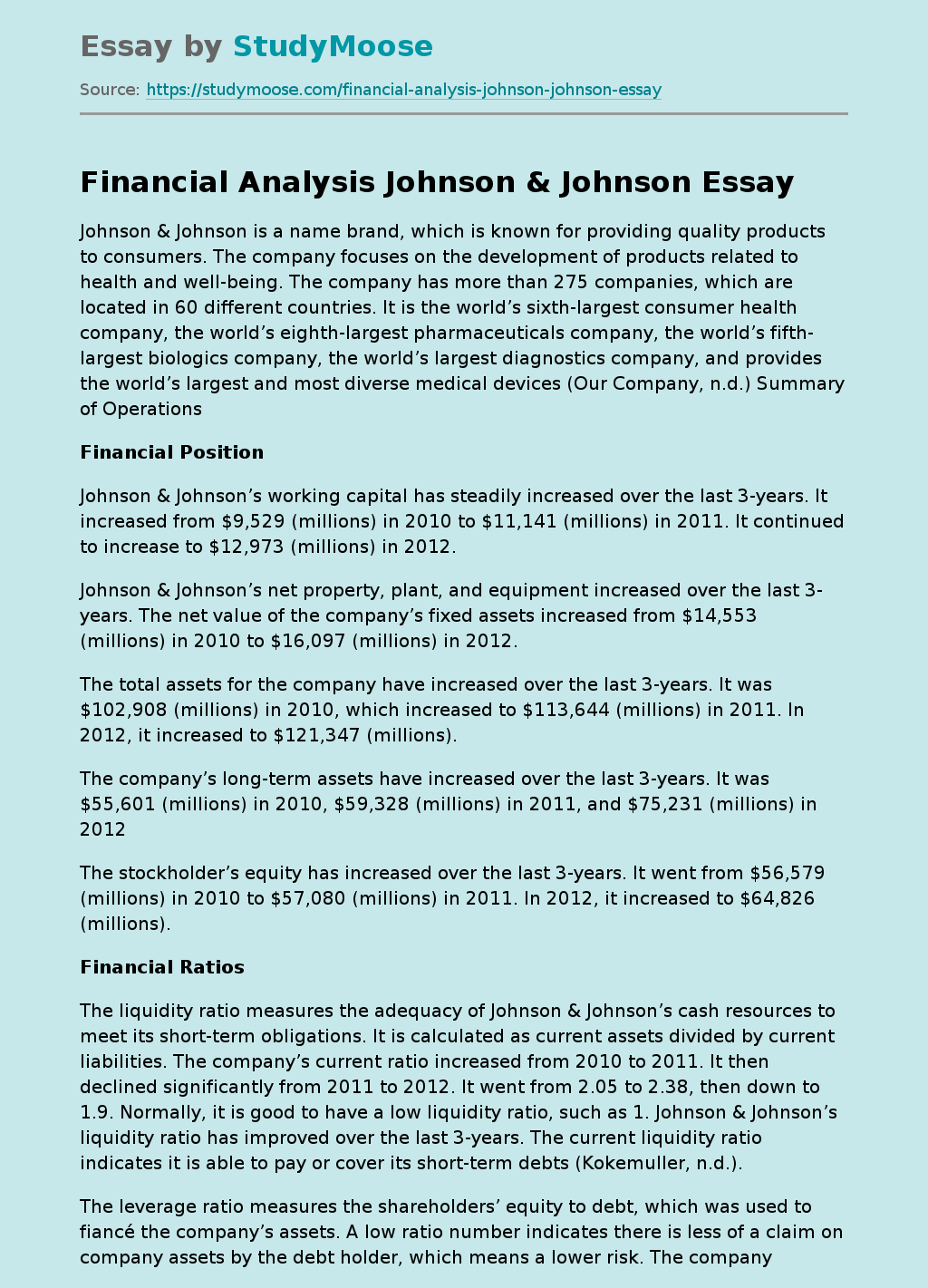