Filipinos, are known to be awesome but are not perfect. Our country was colonized by several countries, and many core values from our ancestors were from their influences. Social norms are observed like etiquettes in dressing, eating, relationships and beliefs. Hindu’s have thought us the philosophy of bahala na (come what may) and some superstitious beliefs. Filipinos have the tendency of surrendering their future to fate. Often, we accept bad news or circumstances without trying to stop or change them.

Don't use plagiarized sources. Get your custom essay on
“ Filipinos are known to be awesome but are not perfect Our country ”
Get custom paper
NEW! smart matching with writer

This can sometimes be helpful, but it can also keep us from finding ways out of situations. While, the Spaniards had influenced us the most because they had stayed in our country for a long time during the civil wars, they had thought us the philosophy of Manana habit (doing tasks later while it can be done on the spot), strong faith in God (Catholicism), ningas kugon” (being good at the start and then lose interest or drive eventually making things unfinished), we also got their trait of treating others inferior, it is said that we also got the trait of being lazy from them.

They said that Filipinos learned to be creative and being innovative from the influence of the Japanese. And these values remained intact and are still honored to this day. Families go to church and pray together because their religion is important and creates a strong bond, marking God as the center of their lives and believing that when you don’t follow their teachings you are not worthy of Gods graces and when you die you will go to hell.

Filipinos are known to be awesome but are not perfect Our country. (2019, Aug 20). Retrieved from https://studymoose.com/filipinos-are-known-to-be-awesome-but-are-not-perfect-our-country-essay 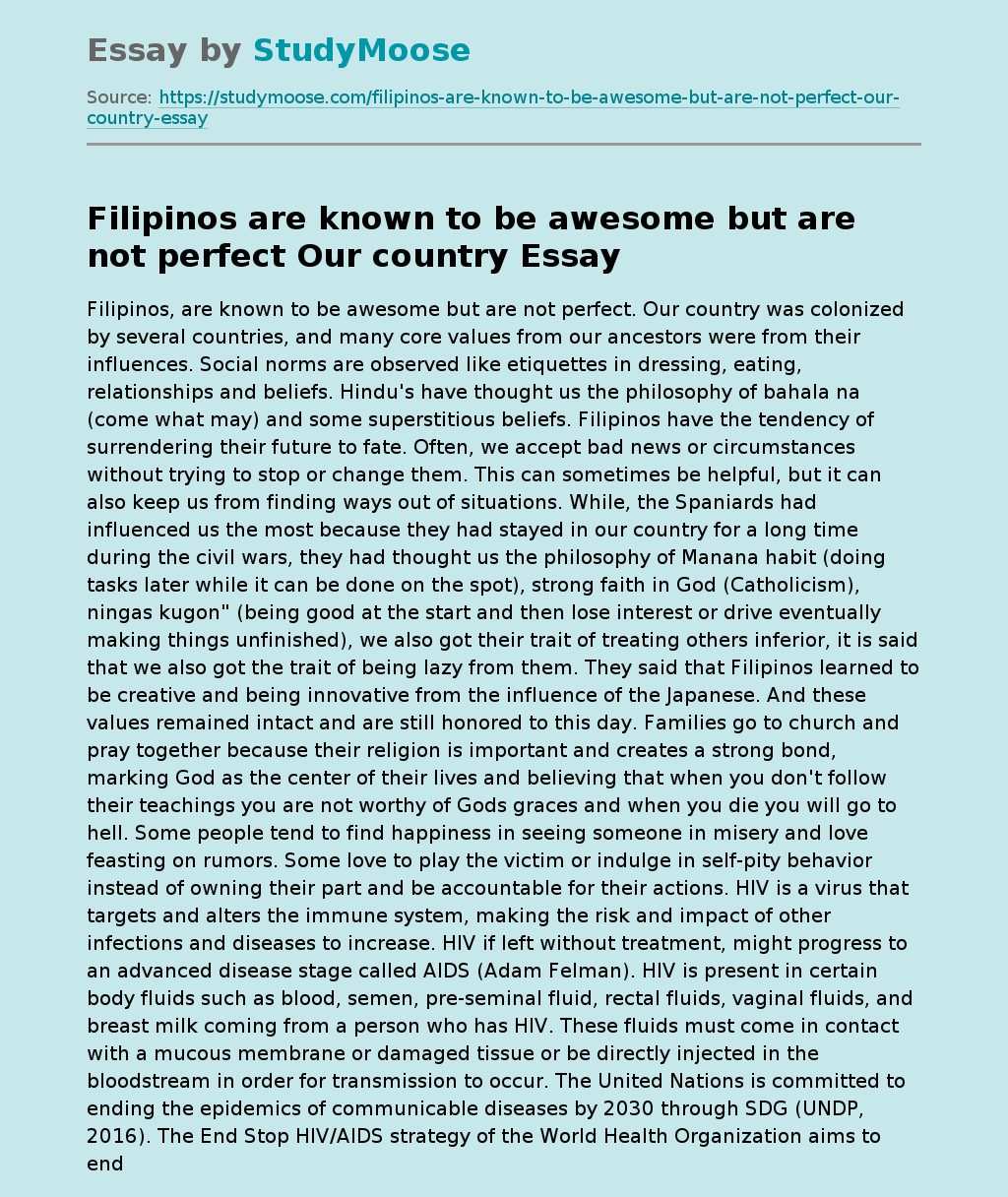