Alan Vito Flores Caidic (born June 15, 1963, Pasig City, Philippines) is a retired professional basketball player from the Philippines and is currently an assistant coach of the Barangay Ginebra Kings in the PBA. He is considered by many to be the greatest shooter the country has ever produced, thus, earning the moniker the “Triggerman” . He played college hoops at the University before joining the Philippine Basketball Association in 1987, where he broke several Philippine and PBA all-time records—including the most points scored in a single game (79 points), the most three-point field goals made in a single game (17 triples; breaking his previous record of 15 triples), the most three-point field goals in a career (1,242 triples) and the most consecutive free throws in a row (76).

Don't use plagiarized sources. Get your custom essay on
“ Filipino Basketball Player ”
Get custom paper
NEW! smart matching with writer

He has played with several PBA teams and won numerous championships. He played for the team including the 1998 Philippine Centennial Team. While in the league, he was considered one of the best three-point shooters in Asia. The vaunted Chinese national basketball team recognized his ability by always reminding their players to be on the lookout for “Philippine No.

8”, referring to Caidic’s regular jersey number while playing for the National Team.

Nevertheless, Yap was named as the Most Valuable Player in 2003. Yap also played for the Philippine Basketball League from 2001 to 2004. He decided to declare his eligibility for the PBA Draft, and was selected with the 2nd overall pick in the 2004 PBA Draft by the Purefoods Tender Juicy Giants. One of the focal points of the Purefoods offense, he is the 2005–2006 and 2009–2010 season’s Most Valuable Player and he is also 2009–2010 Philippine Cup Conference MVP. Yap is also a nine-time PBA South All-Star team starter through 2004 to 2012 and a many-time member of theRP Basketball Team. 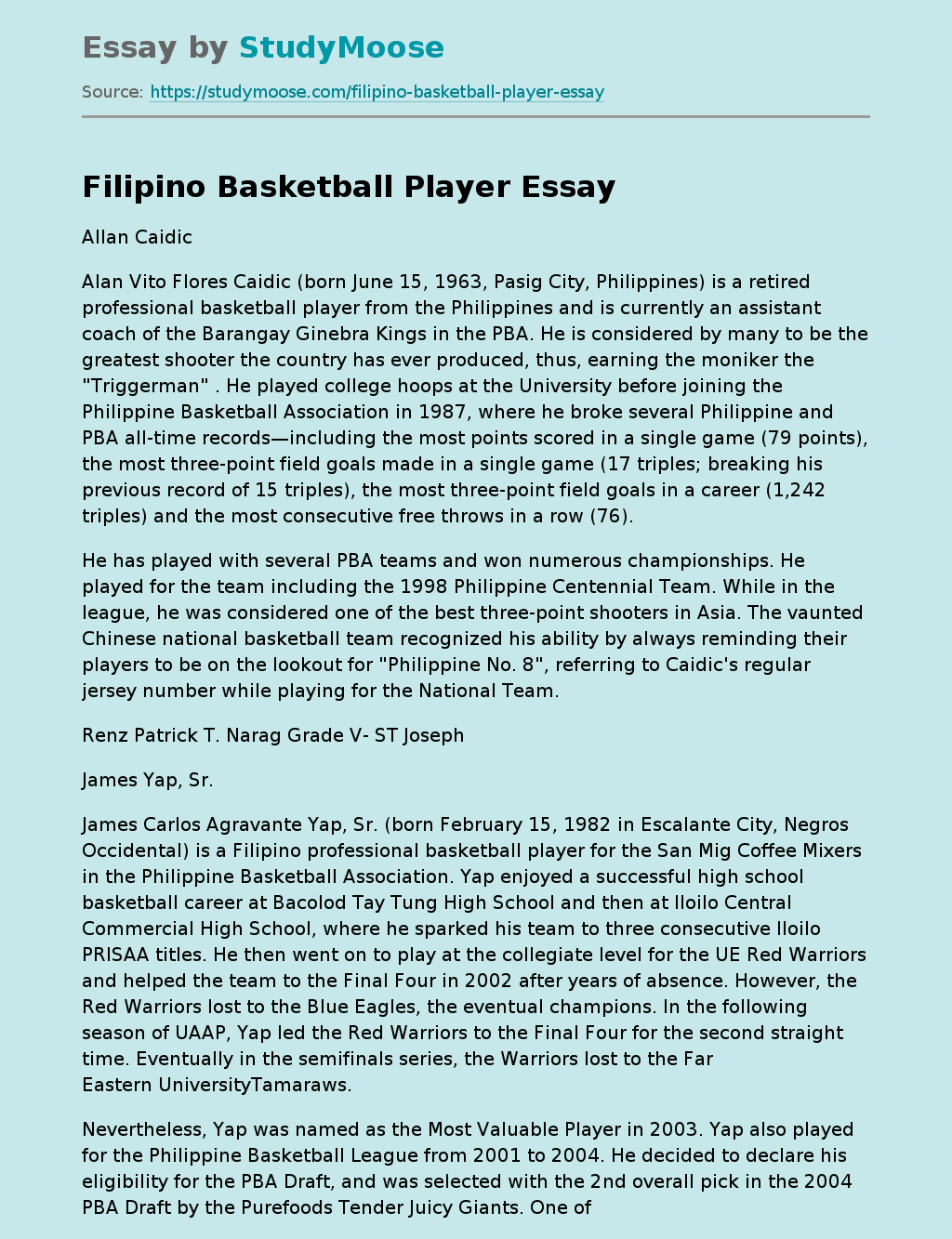