Fifty Shades of Grey is a daring and romantic film. It is a movie that has a great impact to every woman. It reminds of the empowerment of women and how women role in the society.

Don't use plagiarized sources. Get your custom essay on
“ Fifty Shades of Grey Movie Analysis ”
Get custom paper
NEW! smart matching with writer

The form and content of the work influence the writer’s gender. It is mainly focused on the issue of women who been through the indecent aspects of life. It brought the realization of every woman out there from what their purpose in life. The writer’s focus on the big role of the women in the society.

The two immediately feel attracted to each other when Ana interviews Grey for her college graduation paper.

For me, it is quite challenging because at some point we all know that women are empowered because they are the one who actually brought us to this world.

But in these views of women, may have the affirmation on traditional views of women, because it may differ to different perspectives to every woman. Whereas to be able to learn new aspects to women and worth for respect.

In the story of the movie, it is focused on Ana who actually a smart and attractive. On the other hand, Christian, was a billionaire, handsome, and has an attractive look. Ana, was only searching for true love and Christian was only looking for pleasure.

It is how woman work as man, that they have same virtue of. It is where women are empowered and has the ability to work with the same manner as the man can do. It gives the equality of both personalities in the story. It shares the equality of man and woman, whereas we can be the same as we are human and possibly can do things. 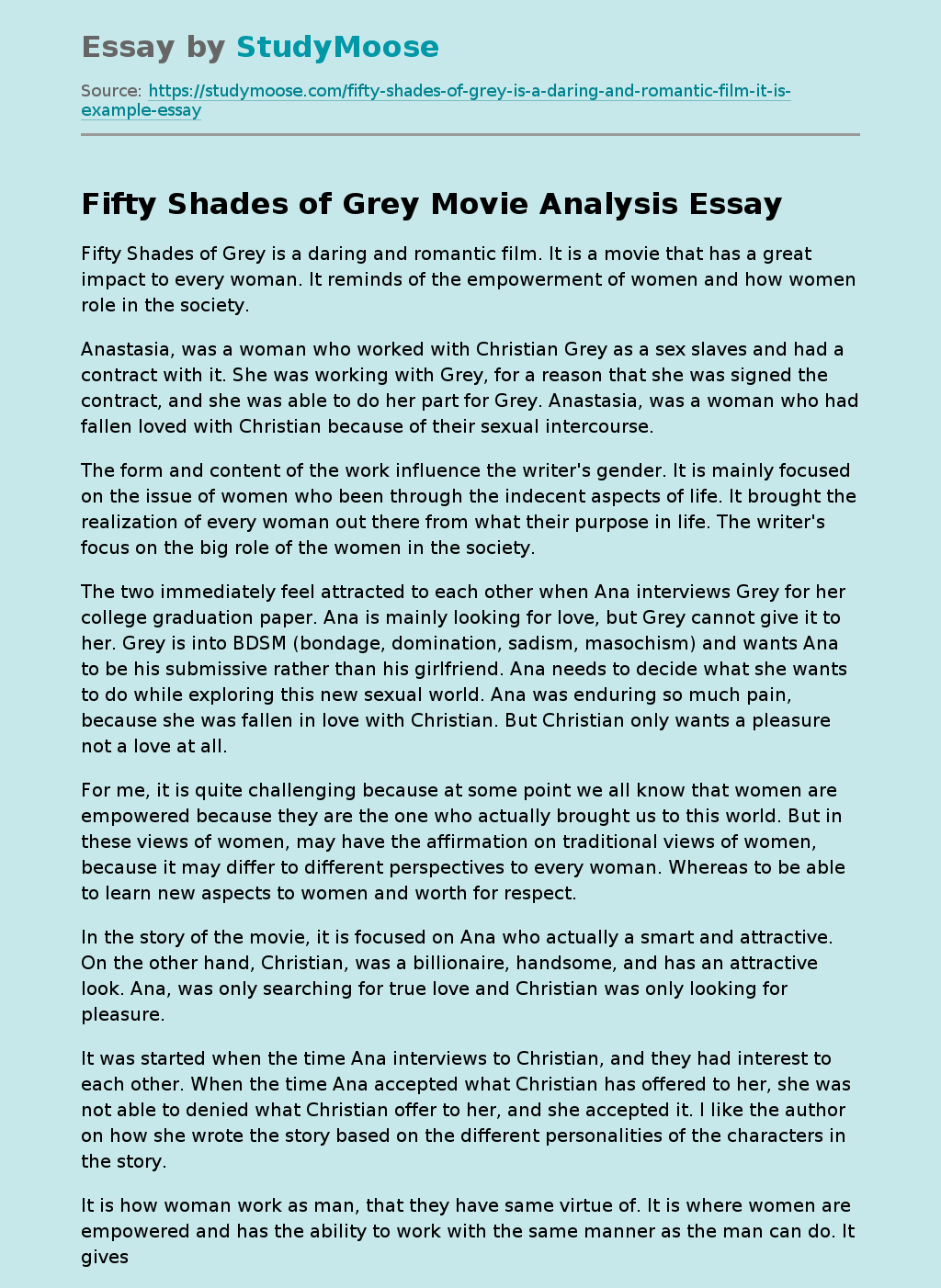