A Wife is a story written by Manuel Arguilla about a man who comes home to his province to introduce his wife from the city to his family. This short story won first prize in the Commonwealth Literary Contest in 1940. Baldo – younger brother of Leon, fetched Leon and Maria from the road to Nagrebcan * Leon (or Noel) – older brother of Baldo who studied in Manila where he met his wife * Maria – the beautiful and stunning wife of Leon from Manila * Labang – the bull whom Baldo considers as his “pet” * Norman Tabios – Maria’s ex-boyfriend who happened to be a loro * Gagambino – Leon’s favorite fictional character who gave him lots of guts to study in Manila * Churita – Labang’s girlfriend/fiance Baldo and his older brother Leon were both waiting for the arrival of their visitor riding the carretela.

Don't use plagiarized sources. Get your custom essay on
“ Fiction and Brother Leon Brought ”
Get custom paper
NEW! smart matching with writer

Seeing his brother’s wife, Baldo was easily taken away by the beauty of the woman from city as he narrates their journey to Nagrebcan.

The idea of meeting with Leon’s parents for the first time made Maria a bit anxious. But along their way home, Maria discovered the peculiarities of the life in Nagrebcan as opposed to their life in the city where she met and fell in love with Leon. Summary: Exposition: Maria was the first one introduced in the story – the wife of the main character Leon. She first noticed Baldo, the brother of Leon; then Labang was introduced, the family bull. Complication:

Conflict: Leon explained to Maria that their father is the mildest-tempered, gentlest man he knew. Climax: When they got home, their father did not welcome them. He was said to be in his room; “his leg is bothering him again. ” Baldo saw his mother and sister Aurelia and Maria in the kitchen who seemed like crying. His father removed the roll of tobacco in his mouth when he saw Baldo and started… [continues] “How My Brother Leon Brought Home a Wife,” is a short story written by the highly acclaimed Filipino writer Manuel Arguilla.

This award-winning story is a long-standing favorite in Philippine literature. To examine this piece, the author’s background must first be considered. Formalistic, historical, and sociological approaches can also be utilized to analyze the story further. Prominent symbols and their interpretations will also be discussed. About Manuel Arguilla Manuel Arguilla was born to Crisanto Arguilla and Margarita Estabillo in Barrio Nagrebcan in Bauang, La Union on June 17, 1911. The Arguillas were a humble, hard-working family who farmed the small piece of land they owned to make a living.

In school, Manuel was a sharp student who showed promise of being a brilliant writer at an early age. He graduated as salutatorian of his high school and then left La Union to study at the University of Philippines, where he would eventually earn a Bachelor of Science degree in Education. Around the same time, he married fellow writer, Lydia Villanueva, and moved to Ermita, Manila. After college, he worked at the Bureau of Public Welfare and taught at the University of Manila. After working at the bureau for a few years, Arguilla was selected  to be the managing editor of The Welfare Advocate, the business’ newsletter.

He served at the Bureau until 1943, when he was appointed to the Board of Censors. During this time, he was working at a Japanese propaganda agency and also as an agent of the Markings’ Guerillas, an anti-Japanese rebel movement. In 1944, the Japanese discovered Arguilla’s disloyalty and arrested him. 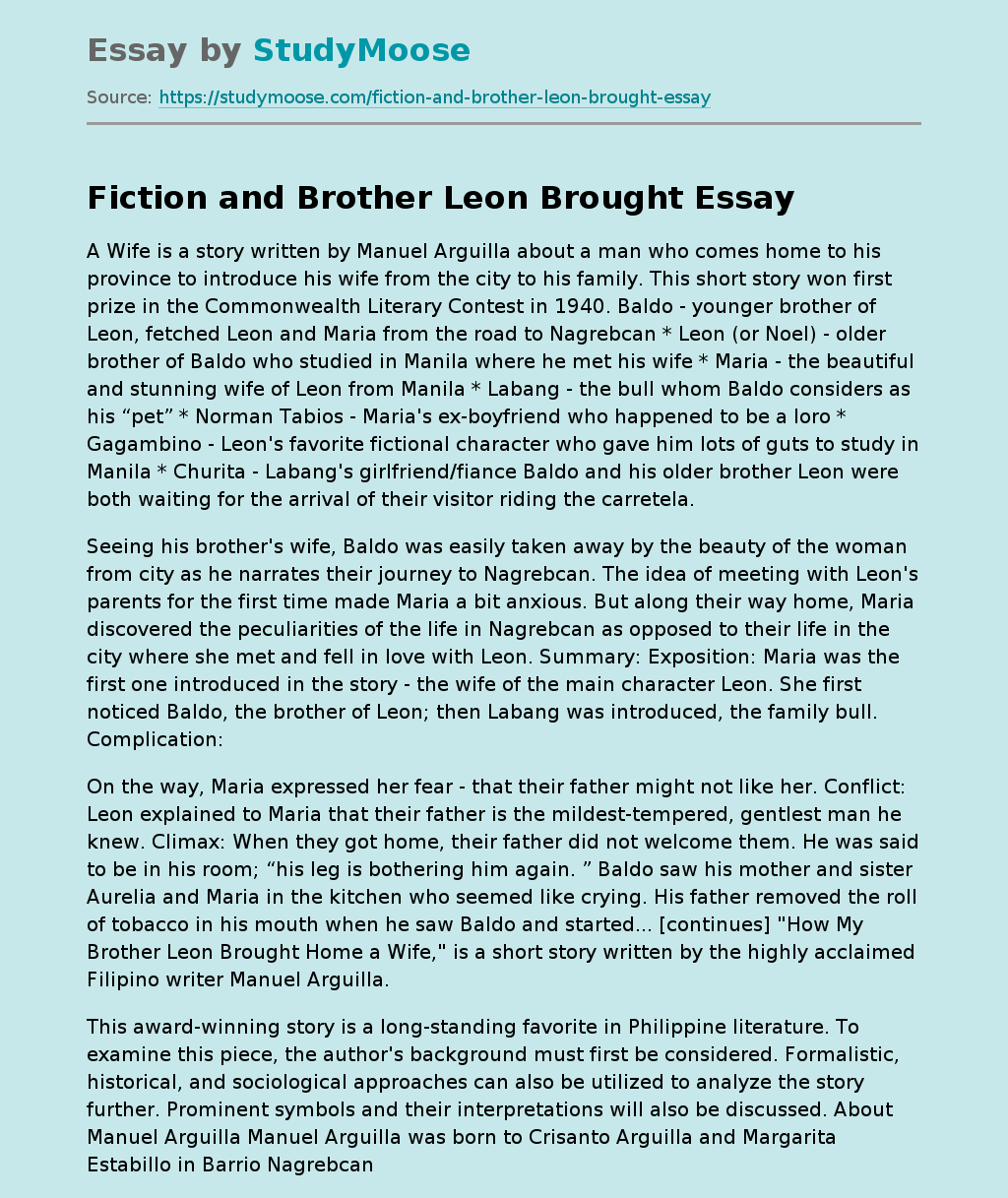