There are many addictions, which include alcohol, drugs and smoking. These are dangers that need to be taken seriously. Even though fast food is not the most important, it is still a hazard. The reason many children become addicted towards fast food is how they describe the product. These words include ‘Succulent Fresh Fillets’. This would make children want more. Fast food addiction leads towards obesity which could involve in organ problems such as Type Two Diabetes.

This is why fast food advertisements should be banned during children TV programmes.

There are many things that parents waste their money on for their children. Lollies, toys, entertainment. However, the major issue is buying junk food. Children persuade their parents to buy a product which leaves them in enjoyment while the parents suffering from a loose of money. Instead of buying junk food, something useful could be bought with the money such as clothing and fresh food which is a much better option. An alternative solution would be to buy Subway which is a healthier option and tastes as good as fast food but junk food ads should not be running during children TV programmes.

Children at the age between 0-5 have difficulty understanding that commercials are products that do not actually function as advertised. Furthermore, children at a very young age can understand brand names. Since children also have a lowered pre-frontal lobe capacity which is the part of the brain connected with higher thinking and inhibition of behaviour, it stands to the light of reason that, because children do not have the capacity to make a rational decision making, advertisers target them easily by taking advantage of individuals.

This is why junk food advertisements should be ban during children TV programmes. It is important to know that junk food is not a major hazard for teenagers or adults but for children. This is because of the addiction, the amount of money being wasted and that children have a lowered prefrontal lobe capacity and should be banned during children TV programmes. 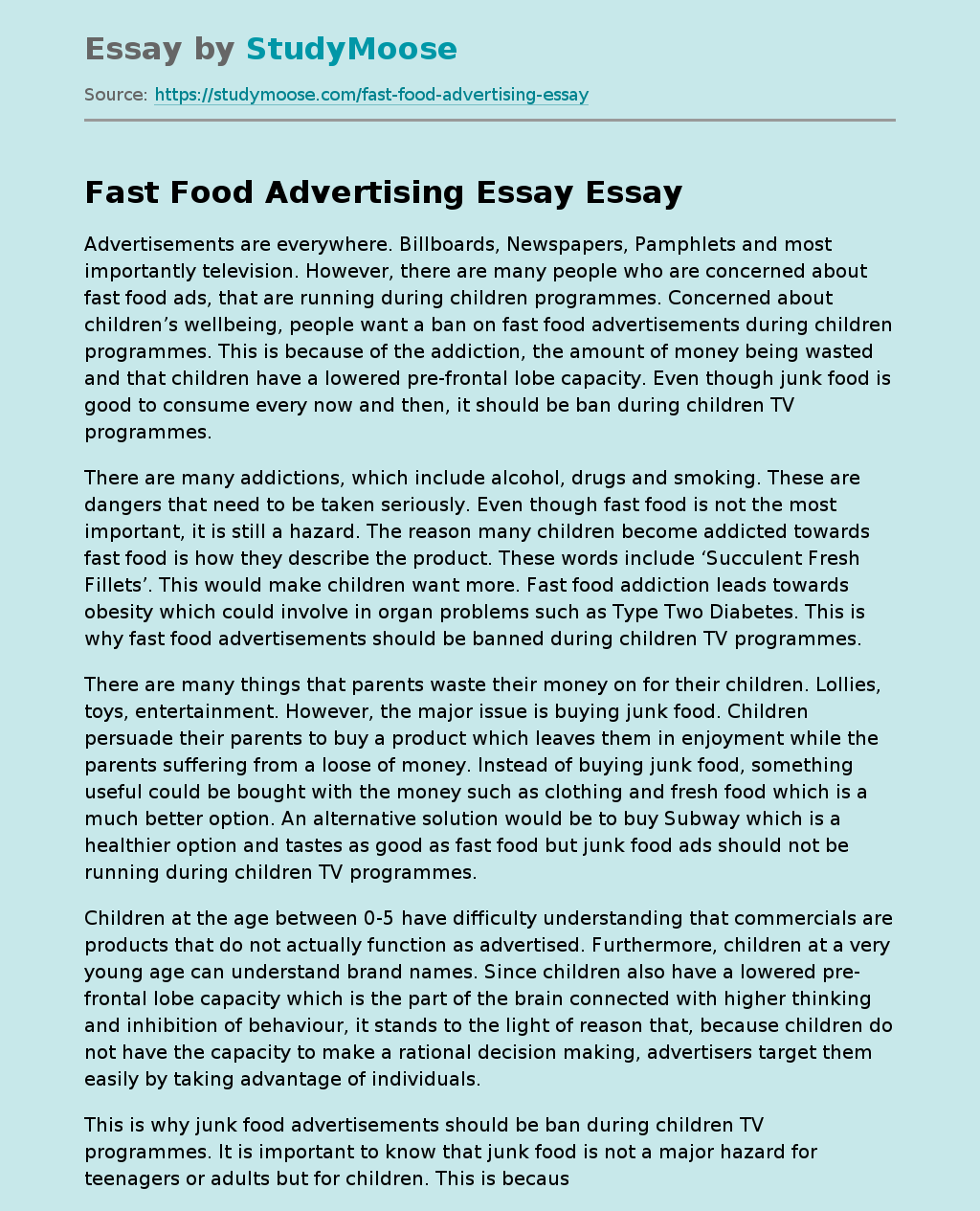