The action movie is a genera of movie making in which there are violence and fighting. In action movie hero performs different action against a certain evil. Bollywood has produced many action movies till now in which hero fights against the villain. Following are some action movies of Bollywood:

Don 2 is an India Action movie of 2011. The movie is written and produced by Farhan Akhter. It’s the second movie of Don Series. The movie was presented by Excel Entertainment and Red Chillies Entertainment.

Don't use plagiarized sources. Get your custom essay on
“ Famous Action Movies of Bollywood ”
Get custom paper
NEW! smart matching with writer

The movie was released on the date of 23rd December 2011. The movie got mixed reviews yet the performance of actors got praise from critics. Its music got criticism from critics. The movie grossed 2.09 billion Indian rupees worldwide. At that time it was the highest-grossing movie of Bollywood. It got the nomination in various categories in 57th Film Fare Awards.

He makes a master plan to dominate the west.

Tiger Zinda Hai is an Indian action movie. It was the sequel of Ek Tha Tiger. It was produced by Aditya Chopra and directed and written by Kabir Khan. The movie mostly got positive reviews for acting, action and thrill. The movie was liked by the audiences. The movie grossed rupees 320 crores worldwide. It became the highest-grossing movie of 2012. It was nominated in six categories of People Choice Awards and won five.

The story revolves around very sensitive topic continuing from its previous sequel, hiding from eyes of all tiger and Zoya are living a peaceful life. But when they get to know about innocent nurses are in danger they decided to help them. Then Tiger as an Indian agent and Zoya as a Pakistani agent held a militant mission and rescues the nurses.

Dhoom 3 is an Indian thriller movie of the year 2013. The movie was written and directed by Vijay Krishna Achariya. It is the production of Aditya Chopra. Dhoom 3 is the third production in the series of Dhoom. It is a sequel of Dhoom (2004) and Dhoom 2 (2006). The budget of the movie was rupees 175 crores. It was one of the most expensive movies of the Indian movie industry. It was released on the date of 20th December 2013. The film grossed rupees 4 billion in just ten days. It became 11th highest-grossing movie in Indian movies of all times. The movie got positive reviews by critics and audience. Fans of Doom series liked the movie and they were happy by the production.

Dhoom 3 is an Indian action movie of the year 2013. It was directed and written by Arbaz Khan. Movie is the production of Arbaz Khan Productions. It is the second production of the series of Dabangg. The story is based on the city of Kanpur. The movie was released on the date of 21st December 2012. The movie grossed the US $ 8.4 million worldwide. It is one of the highest-grossing movies of all times and 2nd highest-grossing movie of 2012 after Ek Tha Tiger.

The story revolves around an honest and loyal inspector who is posted in an area where an influential political man is involved in immoral and illegal activities. The inspector encounters him and finally kills him. 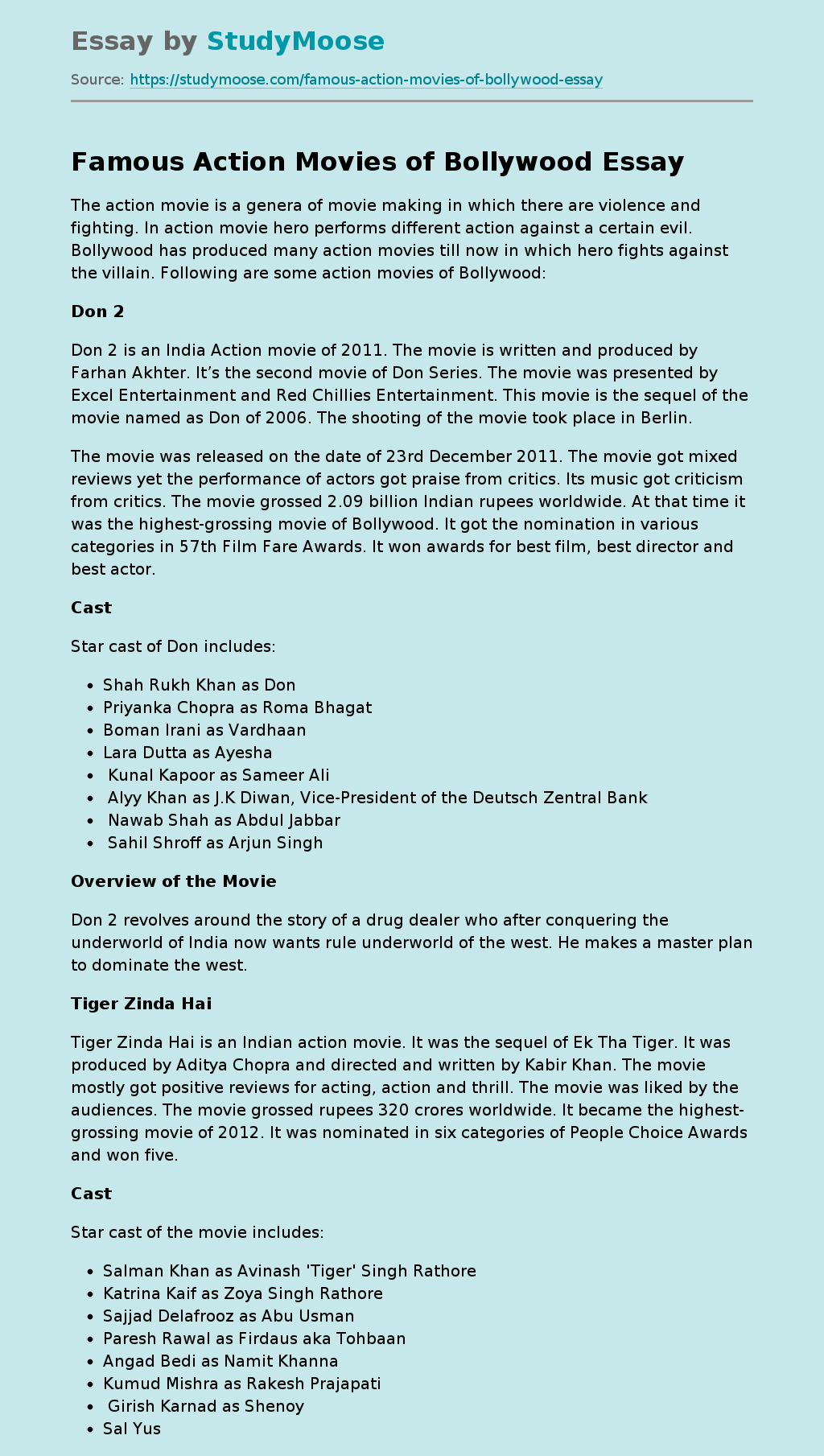