Family in the 21st Century

In the past years family has been the base of the society but there has been an enormous change in this 21st century.

Don't use plagiarized sources. Get your custom essay on
“ Family in the 21st Century ”
Get custom paper
NEW! smart matching with writer

The real concept of the family according to peter, 1998 was based on extended family where all families were staying together even some under one roof.

In those families, children were taken-care by all members of the family. This has eventually changed in this century where now families live far from their relatives and even most of the children they do not know their grand parent (Clarke et al, 1998). This has made evil to increase in the society in that relatives can marry because they do not know one another’s origin. In the past, families consulted their grand parents during difficult time, but in this generation there is no respect between families and there grand parents.

This reflects the true meaning of a family in this generation.

Mothers were not allowed to work outside home job a century ago; this was for the advantage of the children because they were raised in a good manner. Due to change in labor market in this generation the percentage of working women has increased. This has caused a situation where both parents are working and thus children’s are left to house workers, this is the reason why the young generations of this century are so evil because they do not have anybody to guide them. That is the new meaning of families today where they are so business oriented and they forget parental (Clarke et al, 1998).

Families of this century have become ant-technology in that they spend all their time on televisions, phones and in the social media. This is not only children only but also parents. Parents lack time to teach their kids good morals and they end up to be a problem in the society. The exposure of children to this social media has caused them to be introduced to evil things at a younger age. Due to lack of time between parents and children’s, there has been lack of unity in the today’s families (Clarke et al, 1998).

The concept of family has changed in the 21st century for worse and thus family has lost its position as a corner stone in the society. The evil that is in the society today is due to the failure of the family to stand in its position. Children are the most affected in this dramatic change of families, this is because when parents divorce children’s are the ones who suffer and when they lack morals due to their parent’s failure, they are still the ones who suffer.

Traditional families are the perfect way to bring up children. You can see nowadays, that the people who live in connected and cohesive families have stronger emotions, and they are living to care about someone. In fact I feel sorry for those children who don’t have their real families, or they might have families, but broken ones. It is too hard to live in this world without any family’s support, either emotionally or financially. I also blame the people who don’t know the real value of the families, or they do not care at all. Even if they are busy, or doing important things, they must give the family its rights, because there is nothing more important than the family. I praised the traditional families a lot, and I don’t want to be the judge between the traditional families and the other kinds. 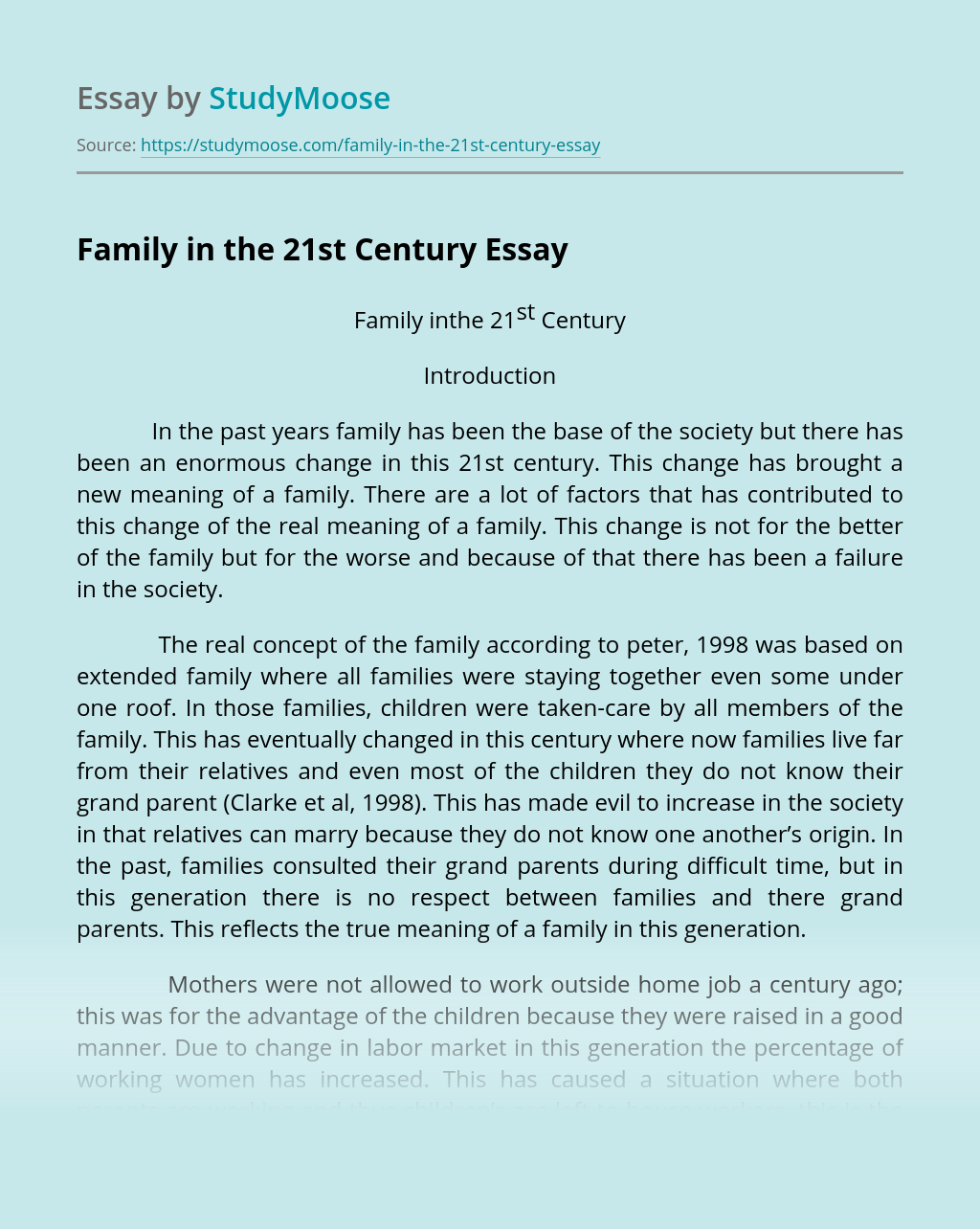