India has an asymmetric federal government, with elected officials at the federal, state and local levels. At the national level, the head of government, Prime Minister, is elected by the members of Lok Sabha, lower house of the parliament of India.[1] All members of Lok Sabha except two, who can be nominated by president of India, are directly elected through general elections which takes place every five years, in normal circumstances, by universal adult suffrage.[2] Members of Rajya Sabha, upper house of Indian parliament, are elected by elected members of the legislative assemblies of states and electoral college for Union Territories of India.

Turn in your highest-quality paper
Get a qualified writer to help you with
“ Fair Election Process in India ”
Get high-quality paper
NEW! AI matching with writer

Declared expenditure has trebled since 1989 to almost $300 million, using more than one million electronic voting machines.[6] The size of the huge electorate mandates that elections be conducted in a number of phases (there were four phases in 2004 General Elections and five phases in 2009 General Elections).

It involves a number of step-by-step processes from announcement of election dates by the Election Commission of India, which brings into force the ‘model code of conduct’ for the political parties, to the announcement of results and submission of the list of successful candidates to the executive head of the state or the centre. The submission of results marks the end of the election process, thereby paving way for the formation of the new government. 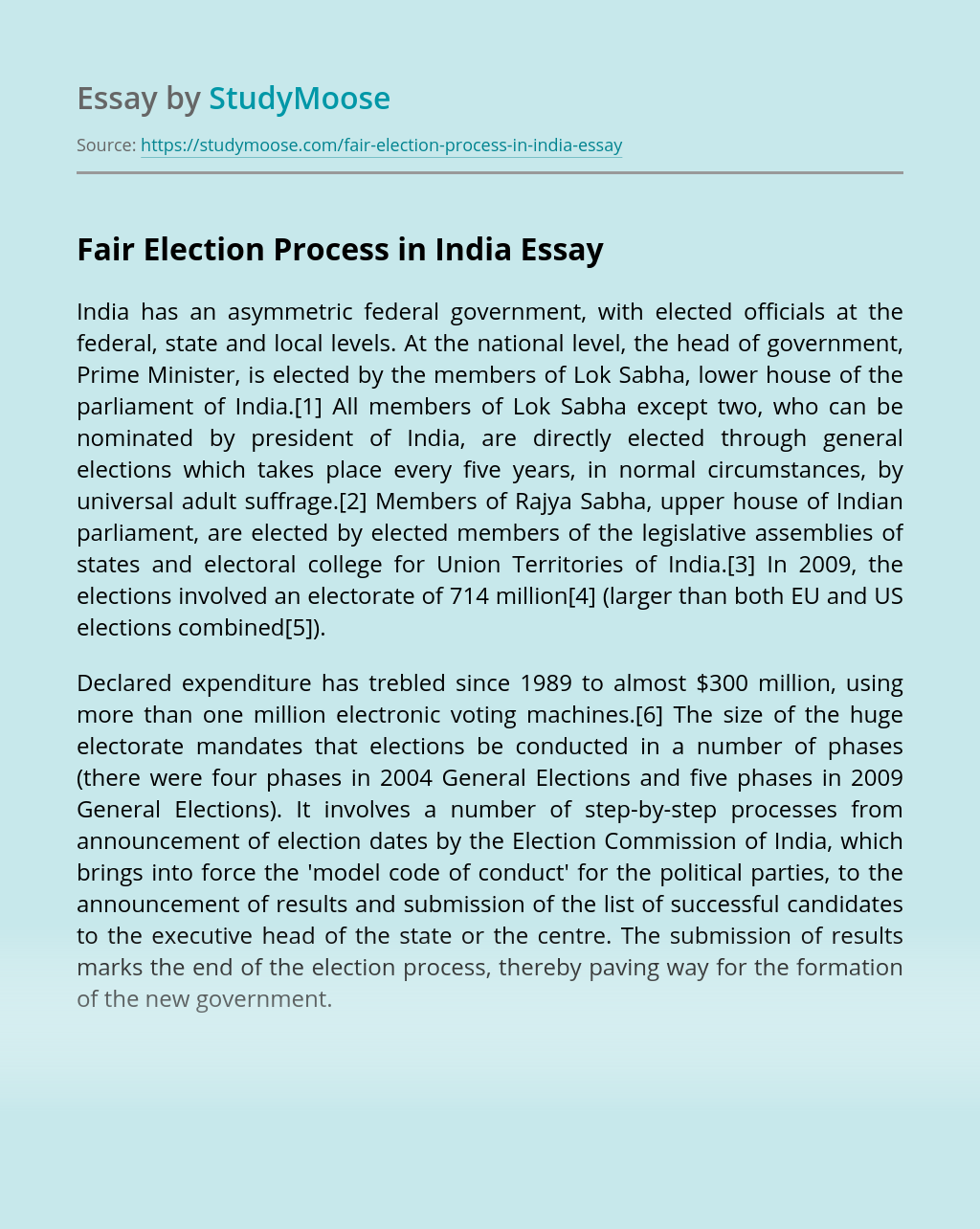 Turn in your highest-quality paper
Get a qualified writer to help you with
“ Fair Election Process in India ”
Get high-quality paper
Helping students since 2015
Stay Safe, Stay Original