The history of evolutionary psychology began with Charles Darwin, who proposed that humans have social instincts that evolved by natural selection. Darwin’s work inspired later psychologists such as William James and Sigmund Freud but for most of the 20th century psychologists focused more on behaviorism and proximate explanations for human behavior. As school psychology transitions into an outcome-oriented profession, we continue to evolve new ways to bring science into applied practice in schools. This evolution is critical to the continued importance and viability of school psychology in U.

Don't use plagiarized sources. Get your custom essay on
“ Explanation of Human Behavior ”
Get custom paper
NEW! smart matching with writer

S. schools. In the years since the inception of school psychology, many applications of science in practice have occurred, each with increased effectiveness. We stand at the threshold of the next iteration in that direction. ( Best Practices in School Psychology V) Psychological each perspective has its strengths and weaknesses, and brings something different to our understanding of human behavior.

For this reasons, it is important that psychology does have different perspectives to the understanding and study of human and animal behavior.

Genetic potential theoretical optimum performance capability an individual could achieve in a specific activity after an ideal upbringing, nutrition and training. In real terms it may be assumed that the finalists in a world championship are among the human beings whose performance comes closest to their genetic potential. Environmental influences sometimes it depends on the environment we grow up in are known to affect traits like our height and weight and out IQ, and our chances of developing a behavioral problems.

The roots of all behavior and cognitive are to found in both our biology, due to genetic inheritance, and in experience, due to are environment. So it involves nature and nurture.

Personal choice is on the other side, nurture. The idea that people are products of their environments, and environment/socialization is a big factor in making people who they are, the messages they absorb, the behaviors they are compelled to imitate, which presumes all manner of social constructs that don’t exist in real life yet are assumed to exist in the same way/same forms because of the general outcome (for instance, the myth of “shared girlhood” and the idea that all small humans absorb socialization of one form or another in the same way as everyone else as these passive receivers of external things that most of them may not even understand.) The ability to choose is what makes humans human. We can even alter the evolution of our own species, consciously, via free will and choice. Humans can make themselves whatever they choose to, because they chose to. 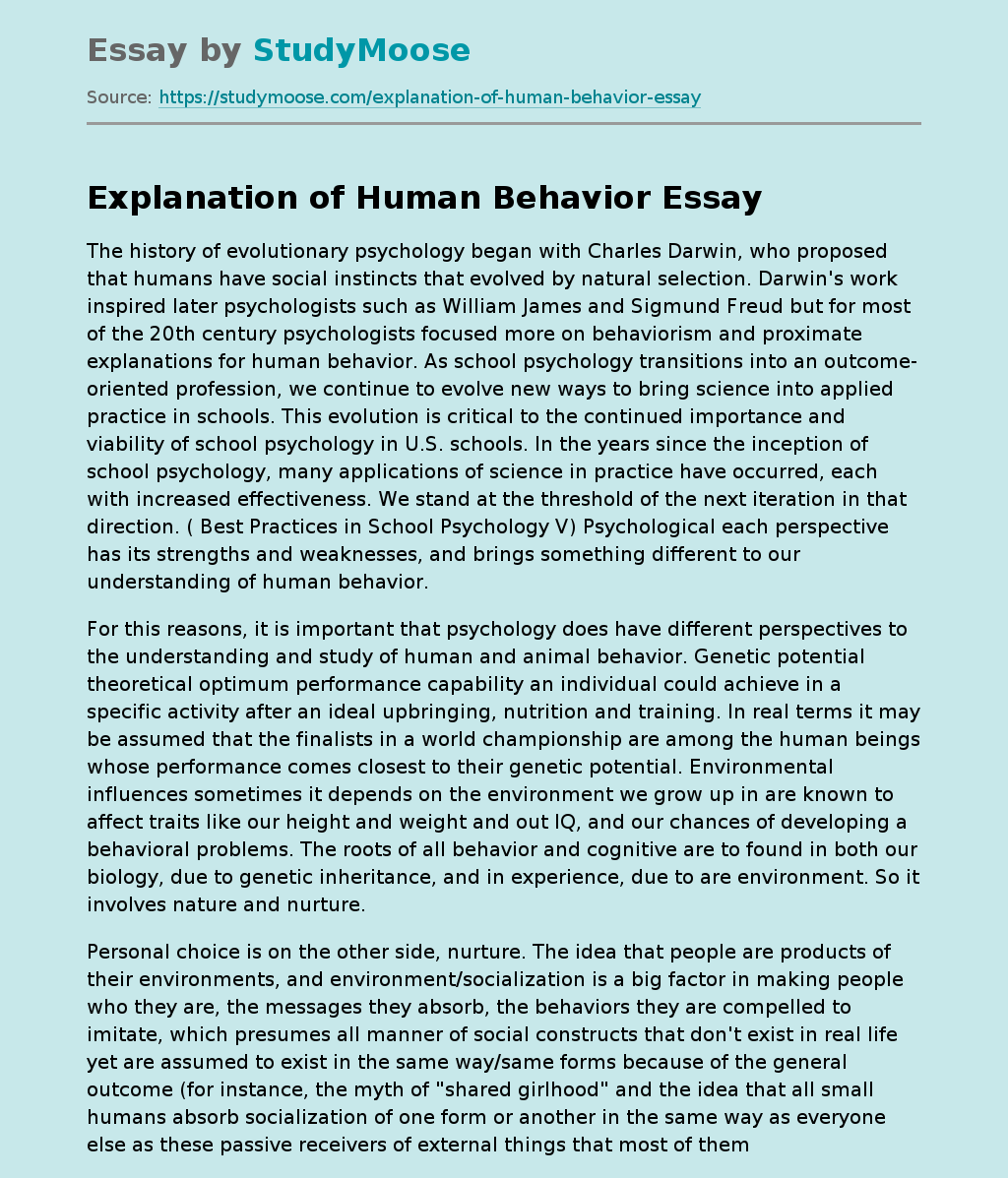