Evaluation of Carvedilol Effects on Scopolamine Induced -Alzheimer Model1. Research Problem:Alzheimer disease (AD) is one of the most devastating neurodegenerative disease that present with cognitive and memory skills impairment. It is now recognized as one of the most world widely neurodegenerative disorders and it is recorded for more than eighty percent of dementia cases in elderly patients(Anand, Gill, & Mahdi, 2014). Approximately two hundred – thousand people younger than sixty-five years with AD considered as the younger onset phase of AD population; five million are sixty-five or older.

It is estimated that by 2050, every thirty three second, one case of AD will develop, or approximately a million new cases yearly, and the total calculable prevalence is predicted to be 13.8 million (Association, 2016).The AD pathophysiology includes different particular and molecular pathways of neuronal destruction, oxidative stress and inflammation, in which the damage of cholinergic neurons is the main one. This has been long attributed to pathological deposition of amyloid peptides and formation of neurofibrillary tangles constituted by hyper-phosphorylated aggregates of the microtubule-associated protein, tau(Mostafa, Ismail, & Ghareeb, 2016).

Nowadays, the approved Alzheimer therapeutic medication by US Food and Drug Administration (FDA), are mainly 5 medications that are used for symptomatic treatment for cognitive impairments of AD, acetyl choline esterase inhibitors”rivastigmine, galantamine , tacrine, and donepezil and NMDA receptor antagonist(memantine) (Kumar, Prakash, & Dogra, 2011). Each drug has a different mechanism of action to inhibit the breakdown of acetylcholine (important chemical neurotransmitter in the brain for memory function). Tacrine is not prescribed because it has serious hepatotoxicity features. 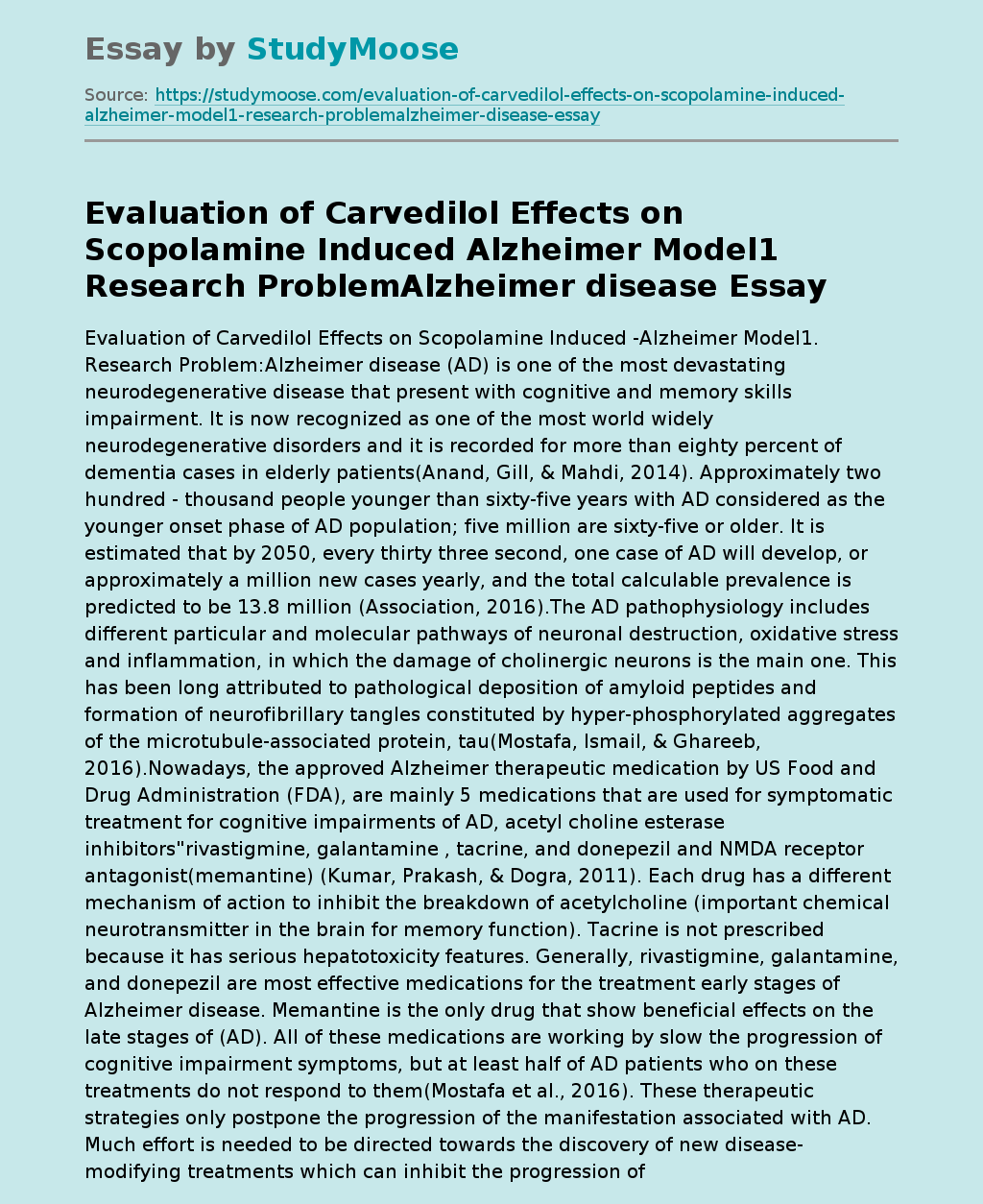