Not only is it used to treat pain but it is also used to treat delirium, pain, dyspnea, nausea or other physical symptoms (Olsen et al.

, 2010, p. 950). In the aftermath of Hurricane Katrina reviewers concluded that physicians choice of benzodiazepines instead of barbiturates indicated a goal of palliative rather than euthanasia, stating that barbiturates were more deadly. Some institutions used ketamine or propoful in patients condition is refractory to opioids and midazolam.

Cardiac monitoring is no good in achieving the goals of palliative sedation (Olsen et al. , 2010, p. 951). Before palliative care is given written consent should be obtained by the patient or the patients family.

Arizona State board of Nursing defined palliative sedation as follows: The monitored use of medications intended to provide relief of refractory symptoms but not to intentionally hasten death (Brewer & Ridenour, 2010, p. 1). What is a refractory symptom? It is one that cannot be adequately controlled in a tolerable time frame despite aggressive use of usual therapies and seems unlikely to be adequately controlled by further invasive or noninvasive therapies without excessive or intolerable acute or chronic side effects or complications (Brewer & Ridenour, 2010, p. ). In Arizona’s advisory opinion they rote general requirements that must be followed and they are listed below:

* Written Policy and Procedure is maintained by the employer. * Administration of medications must be on the order of a person licensed in this state to prescribe such medications. * The patent has to have sufficient level of nursing care to maintained sedation. * The agency has identified medications allowed for palliative sedation, preferably y an interdisciplinary committee including nurses. * Pre-sedation symptom assessment is performed by the RN Post-sedation symptom assessment and ongoing assessments performed by the RN (Brewer & Ridenour, 2010, p. 1) * Only an RN with all of the following criteria are permitted to administer medications for palliative sedation. * Current certification in basic Life Support ( BLS). * The RN must possess sufficient knowledge about the issues surrounding the use of palliative sedation to inform patients, families, and other health care providers in making decisions about its use. (Brewer & Ridenour, 2010, p. 1). Palliative sedation is also referred to as terminal sedation.

Euthanasia can be voluntary meaning that the physician has obtained the patients informed consent, on it can be involuntary meaning without the knowledge of consent of the patient (Olsen et al. , 2010, p. 953). Voluntary euthanasia is not legal in most parts of the world but the Netherlands and Belgium are currently the only countries who allow the practice (Olsen et al. , 2010, p. 954). Involuntary euthanasia is not legal anywhere. Physician-assisted suicide is the act of the physician writing a prescription for a lethal dose of medication that the patient takes himself to cause death.

The main difference here is that the patient has to take the medication himself no other person can give it to him (Olsen et al. , 2010, p. 955). Physician assisted suicide is legal in the states of Oregon and Washington and in a handful of other countries (Olsen et al. , 2010). It can only be done when a patient has a terminal diagnosis and is suffering and wants to control when and how they die. If a physician or family member or a friend would give this legal dose of medicine it would not be considered physician assisted suicide but euthanasia.

In considering the legal ramifications of palliative sedation we will discuss beneficence, non malfeasance, doctrine of double effect, and the principle of proportionality. Beneficence refers to the practice of treating individuals in an ethical manor. Not only by respecting their decisions and protecting them from harm, but also by making efforts to secure their wellbeing(Olsen et al. , 2010). The moral obligation of beneficence is paramount to ethics since actions are weighed for their possible good against the cost of possible Harm.

Beneficence provides benefits to the patient and balances the benefits against risk and cost(Olsen et al. , 2010). Any treatment embarked upon should be with the intent to benefit and burden or discomfort o the treatment (Lawson, 2011). If the treatment will not benefit the patient it would be sound clinical judgment to withhold the treatment or even withdrawal the treatment after the discussion with the patient, family members and other members of the care team. Such decision-making would be considered both legal and ethically acceptable (Berghs, Dierckx, & Gastmans, 2013). 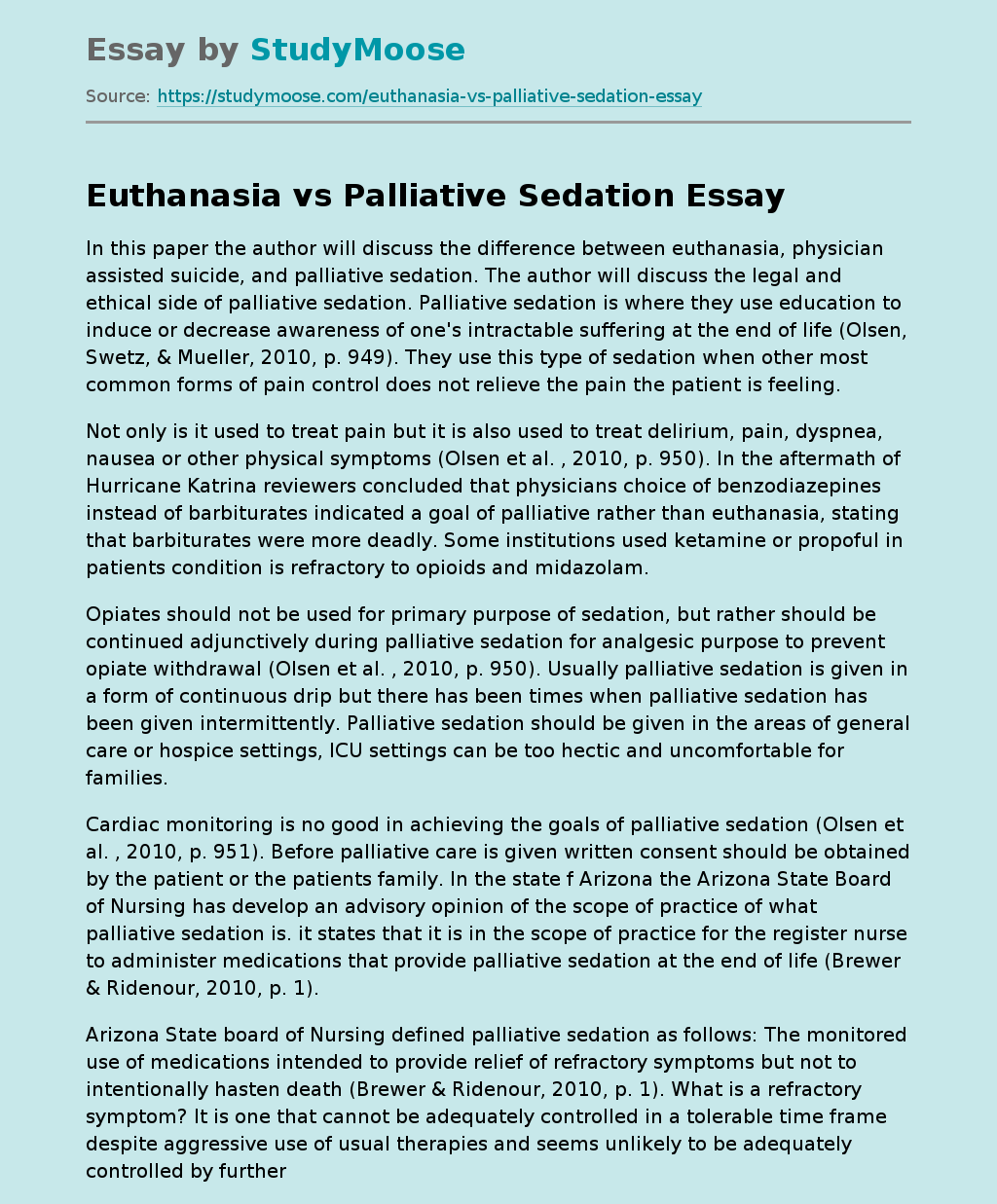