Hello, my name is Ralph. We gather here today to remember our dearest friend, Piggy. Piggy was a misunderstood, brave boy with a big heart, only wanting what was best for his friends, who’s been taken from us by savagery, stupidity and pride.

I hadn’t met Piggy before the crash. All I remember was waking up after it happened, and found a boy lying near a tree. When I walked over to him, we introduced each other. I told him my name was Ralph, and waited for a reply in return.

Don't use plagiarized sources. Get your custom essay on
“ Eulogy of Piggy ”
Get custom paper
NEW! smart matching with writer

But he hesitated to tell me his name was Piggy, as he thought I would I would tease him, but I told him that I would never tease him about it. Later we found the conch to help us locate the other boys who had survived. When we went around introducing ourselves to the others, they weren’t so lenient on teasing Piggy.

Piggy was a strong and good hearted boy, especially when the others teased him, took his glasses or talked over him.

Even though Jack and his hunters again and again pushed him to the edge, he would stand strong and not lose his temper, and I greatly respect him for not letting his pride or emotions give in to the bullies. Another thing I valued in Piggy was that he was always supportive in the things I did, even if they went wrong or if Jack had something negative to say about it. Piggy had so many good qualities, that no one ever noticed which will be greatly regretted by many.

To be truly truthful, Piggy was the closet thingy I had to a best friend, and it kills me to know that I will never see him again, and I guess if he was here with us today, he would say keep you head up Ralph, and everything will be alright. Piggy will be sorely missed. 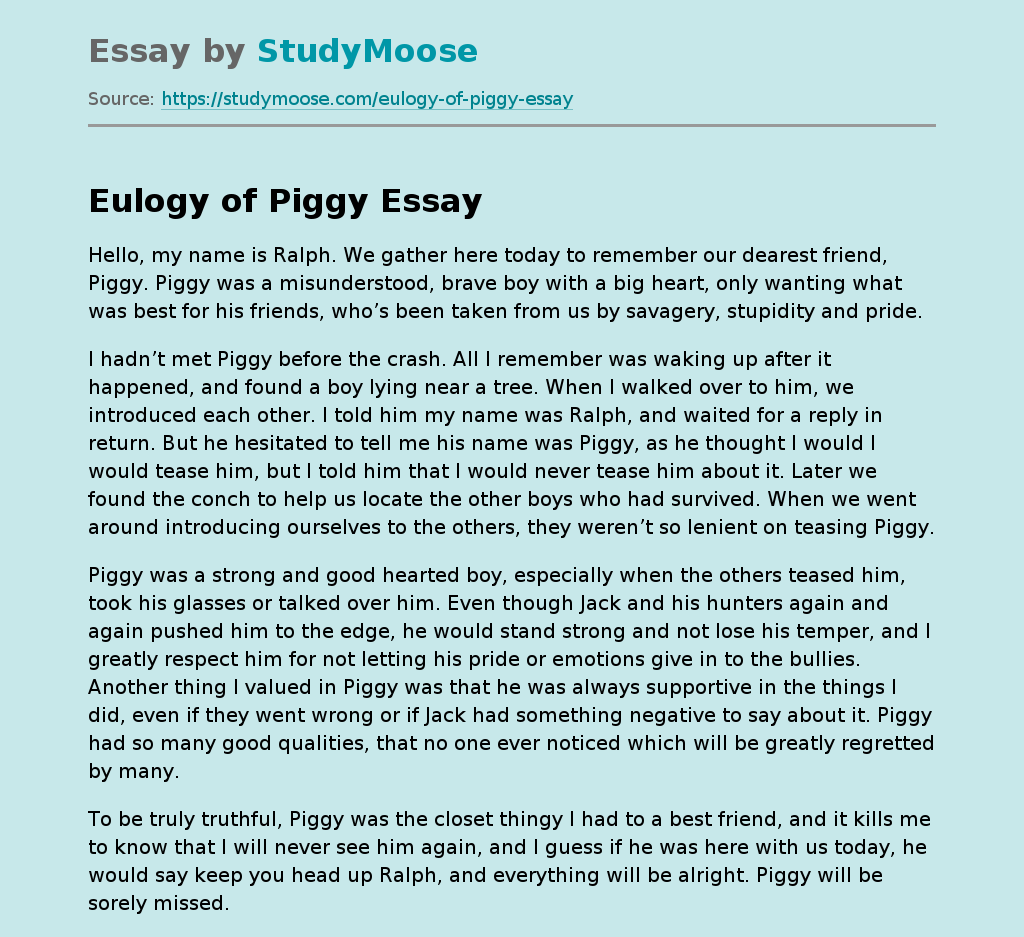