Ethnic Identity Is an Interactional Identity

The word “ethnic” that we use in our daily life sometimes can be related to foreign origins, unusual, different, unique, traditional, and has cultural relation. Actually, the word of ethnic came from the Greek word “ethnos” used by Homer in Iliad on 7-8th BC which indicates a group of people that is different from “us”. However, as the time move forward, the word “ethnic” has been understood as stated above (foreign, unusual, different, unique, traditional, and cultural related).

As I understand, ethnic group can be defined as a group of people that belief they share the same ancestry, history, cultural traits such as language and religion which are different from other group.

Don't use plagiarized sources. Get your custom essay on
“ Ethnic Identity Is an Interactional Identity ”
Get custom paper
NEW! smart matching with writer

Some said ethnic group is equal as cultural group. However, Edmund Leach who studied Kachin people in Burma (Myanmar) argued that by assuming that there are no differences between ethnic group and cultural group will lead to failure in addressing various aspects of ethnic phenomena (Dr. Rie Nakamura’s slide, What is an Ethnic Group? Ethnic troubles & Theories of Ethnicity).

Ethnic Identity Is an Interactional Identity. (2016, Dec 24). Retrieved from https://studymoose.com/ethnic-identity-is-an-interactional-identity-essay 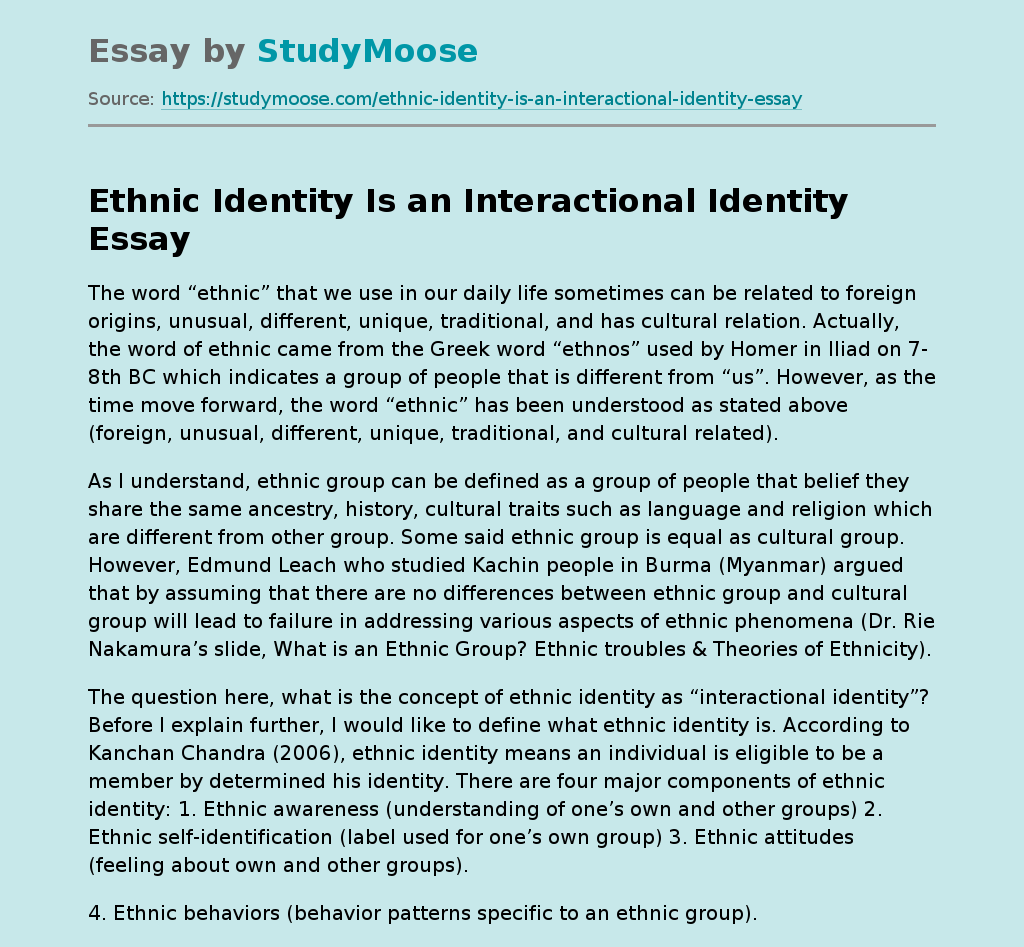