The increase population in demand in resources will sparks the competition between the producers. The evolve of technology will help the population to develop. China is one of many countries that is taking the advantages of the rapid population.

Population & development
The world has been going through many changes recently. Two of the most noticeable changes are increase in population and development.

Population Growth is a bane?
There are two major theories supporting the populating growth being a bane. The two theories are: 1.

Don't use plagiarized sources. Get your custom essay on
“ Essay on ‘Rapid population growth’ ”
Get custom paper
NEW! smart matching with writer

Thomas Malthus theory
Malthus theory claims that there is no way food supply can keep up with the population growth. Malthus believes that population will exceed food supply. 2.Coale & Hoover theory Coale & Hoover theory believes that the increase in population will cause the people in government to spend more money in housings, schools and hospitals. They all have to spend portion of their income and have less savings.

Conclusion of the theory: High population growth causes poor socio- economic development Policy Implications: Government should intervene to control population for example china one child policy Limitation of this theory: -Assumed economic growth as a function of only capital growth -Does not take into account the changes in technology and labor quality (through better heath and schooling of new generation) -Empirical evidence: Relationship not consistently negative (Blanchet)

Two of the many theories supporting the population growth being a boon/blessing are (optimistic theory): 1.

The problem is the distribution of those goods. The improvement in agriculture tools allows from increase production rate. Urban farming is suggested for raising population. We will have more food available to our population if we have more producers. Urban farming can be one of the producers.

2.Julian Simon
Simon believed that human innovation can satisfy many problems. He argues that population growth does not necessarily led to the resource depletion. He claims that we need problems to improve and they led to improvements. He mentioned that the more we use, the more we make.

Essay on ‘Rapid population growth'. (2016, May 09). Retrieved from https://studymoose.com/essay-on-rapid-population-growth-essay 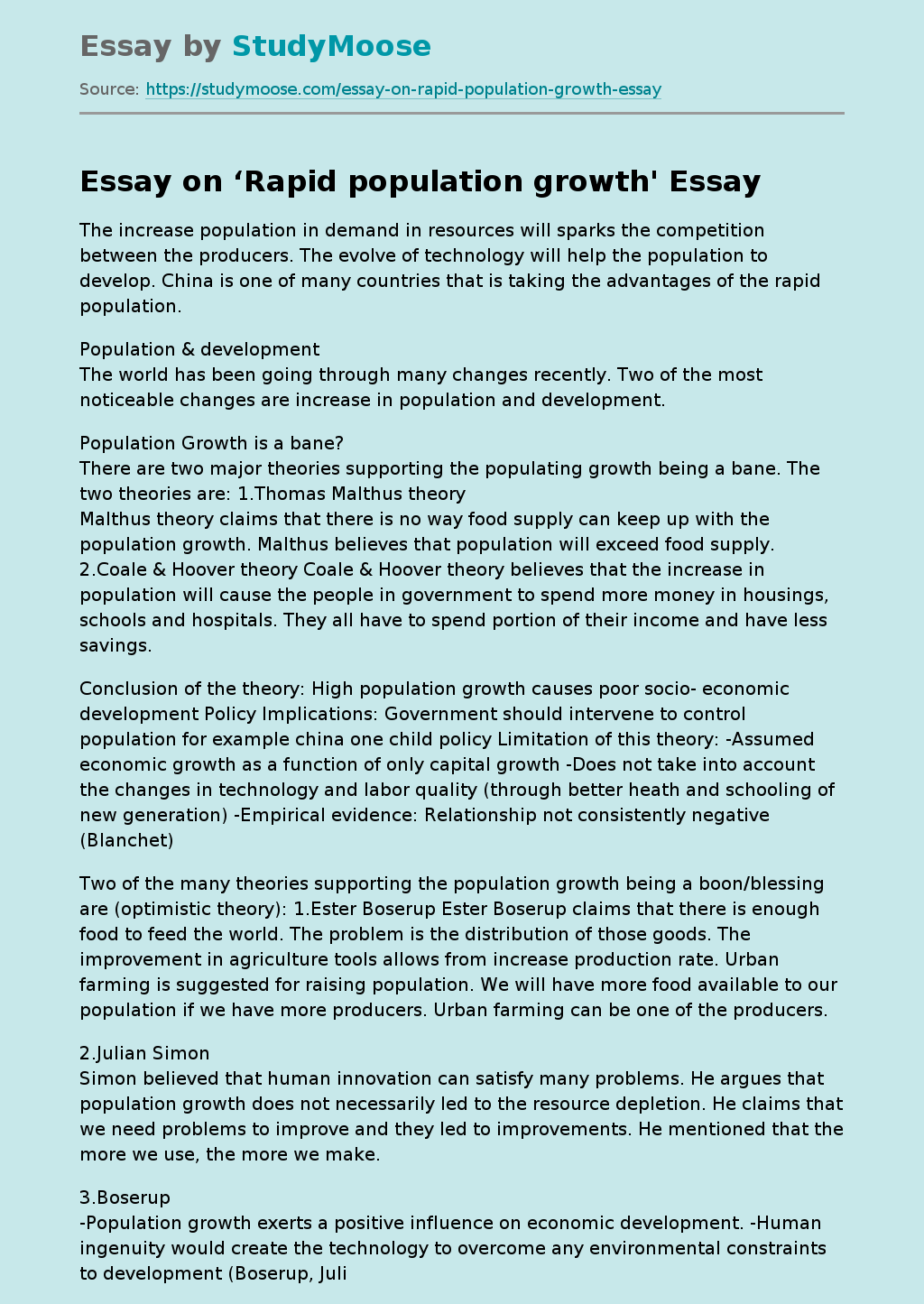