Madagascar is the worlds fourth largest island located 20° N and 47° E, just off the shore of Mozambique (Southern Africa). The area of the island is 587,040 kilometers “, with 4,828 kilometers of coastline, and it is slightly larger than twice the size of Arizona. Madagascar is a high plateau with a narrow coastal plain and mountains on the top. Their main natural resources consist of graphite, chromite, coal, bauxite, salt, quartz, tar sands, semiprecious stones, mica, fish, and hydropower. The land is 4.41% arable land, .

Don't use plagiarized sources. Get your custom essay on
“ Essay about Madagascar ”
Get custom paper
NEW! smart matching with writer

The official name of Madagascar is the Republic of Madagascar. The official languages are French and Malagasy (Native). The main religions are 52% Local-Traditional Beliefs, 41% are Christian, and 7% are Islamic. Their type of government is a republic, in which their capital is located in Antananarivo. Madagascar divides the country into 6 provinces they are, Antananarivo, Antsiranana, Fianarantsoa, Mahajanga, Toamasina, and Tolaira.

Madagascar was formerly an independent kingdom before the 1880s. Madagascar became a French colony in 1886, but regained its independence in 1960.

During 1992-93, free Presidential and National Assembly elections were held, ending 17 years of single-party rule. In 1997, in the second presidential race, Didier Ratsiraka, the leader during the 1970s and 1980s, was returned to the presidency. The 2001 presidential election was contested between the followers of Didier Ratsiraka and Marc Ravalomanana, nearly causing secession of half of the country. In April 2002, the High Constitutional Court announced Ravalomanana the winner.

Their constitution was approved August 19, 1992 by national referendum. The Madagascar constitution establishes separation of powers among executive, legislative, and judicial branches with a multi-party political system. The president is elected by universal suffrage (anyone 18 or over) for a five year term with a two-term limit. Prime minister is nominated by bicameral parliament composed of Senate and National Assembly, and approved by the president. Supreme Court has eleven members and forms apex of other judicial bodies. Local government consists of twenty-eight regions with decentralized powers in economic field. In the first legislative elections of Third Republic in 1993 more than 120 political parties entered 4,000 candidates for 138 seats. Proportional representation list system encourages candidacies.

Having discarded past socialist economic policies, Madagascar has since the mid 1990s followed a World Bank and IMF led policy of privatization and liberalization, which has placed the country on a slow and steady growth path. Agriculture, including fishing and forestry, is a mainstay of the economy, accounting for one-fourth of GDP and employing four-fifths of the population. Export earnings primarily are earned in the small industrial sector, which features textile manufacturing and agriculture processing. Deforestation and erosion, aggravated by the use of firewood as the primary source of fuel are serious concerns. The separatist political crisis of 2002 undermined macroeconomic stability, with the estimated drop in output being subject to a wide margin of error.

Poverty reduction will be the centerpiece of economic policy for the next few years, seines how the 71% of the population are below the poverty line. Of all final goods and services produced within a nation in a given year, the value comes from 63% services, 25% agriculture, and 12% industry. Services consist of the telephone system, air and rail transportation, tourism, and retail sale. Industry consists of meat processing, soap, breweries, tanneries, sugar, textiles, glassware, cement, automobile assembly, paper, petroleum. Agricultural produces mostly coffee, vanilla, shellfish, sugar, cotton, mining, and petroleum products.

A unique blend of African and Asian landscapes and cultures is usually one of the first things recognized by first-time travelers to Madagascar. In the zebu cattle-raising regions of the south and west, for example, the savannas resemble those of East Africa. In the central highlands, however, irrigated and terraced rice fields evoke images of Southeast Asia. These contrasting images lie at the heart of an ongoing debate over the origins of the Malagasy people.

According to one theory, peoples from the Indonesian archipelago migrated along the coast of south Asia, across the Arabian Peninsula into the east coast of Africa and, finally, across the Mozambique Channel into present-day Madagascar. This movement occurred over several generations and, because of the gradual interaction between Asian and African populations, led to the arrival and eventual implantation of a distinct Malagasy people and culture. A second theory emphasizes the diversity of the peoples inhabiting Madagascar. Simply put, proponents argue that the Malagasy resulted from a series of migrations by different peoples over time. According to this theory, migrants from the Indonesian archipelago arrived first and eventually settled in the central highlands, followed by the arrival of African peoples as a result of normal migrational trends and the rise of the slave trade. Recent scholarship has suggested that perhaps the theories are complementary, with greater emphasis being placed on the first.

Scholars traditionally have described Madagascar as being divided into eighteen or twenty ethnic groups, each with its own distinct territory; political developments in the contemporary period are often described in terms of ethnic conflict. Yet ethnicity is potentially misleading in the Malagasy context because it connotes a more or less self-sufficient and unique cultural, socioeconomic, and historically united group that perceives itself as being different from other groups.

Another potentially valuable method of analyzing Malagasy society is to differentiate between the so-called cotiers, or peoples living in coastal areas, and those who live in the central highlands. Indeed, scholars have noted in recent years that the salience of ethnic group identity has declined, while the division between the central highlands peoples and the cotiers continues to be of great importance in understanding social and political competition. Although many observers equate the term central highlander with the Merina ethnic group (once again suggesting the importance of ethnicity), it is important to note that the Betsileo people also live within this region, and the Merina themselves have settled in other regions of the country. Equally important, many cotiers do not live anywhere near the coast. In this sense, the central highlands/cotier split is best understood as the historical outcome of the domination of the Merina empire, the original center of which was Imerina (around the city of Antananarivo) and was located in the central highlands. 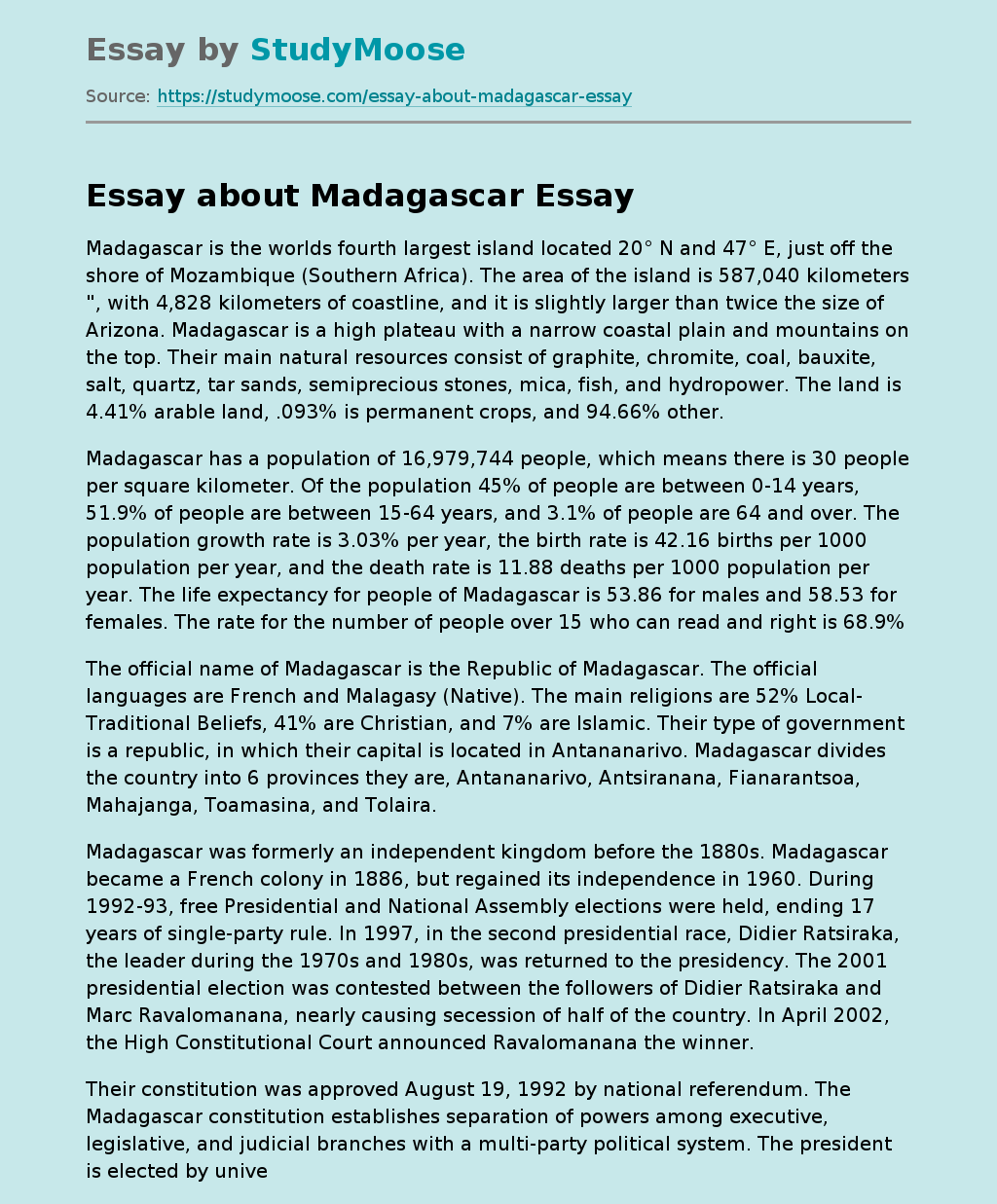