Using the textbooks, the University Library, or other resources, answer each of the following questions in 100 to 200 words.

1. What would you include in a brief summary on the history of the modern environmental movement, from the 1960s to the present?

Rachel Carson, an author, brought to light the harm in using a pesticide called DDT. The pesticide was sprayed to control Dutch elm disease, a fungus that kills trees. The pesticide accidentally killed birds and other wildlife in the process.In 1969 the Environmental Policy Act was passed by Congress.

Don't use plagiarized sources. Get your custom essay on
“ Environmental Science and Human Populations Worksheet ”
Get custom paper
NEW! smart matching with writer

Carrying capacity is the population that can be supported indefinitely by an ecosystem without destroying that ecosystem. According to our textbook, policies and actions that reduce infant mortality increase the availability of family planning. Thus improving air quality, providing abundant and pure water, and preserving and protecting natural ecosystems. It will also reduce the erosion of the soil, reduces the release of toxic chemicals to the environment, and would restore health coastal fisheries which all move that society in a positive direction: a sustainable future. Exceeding the carrying capacity is detrimental in many ways. The world is already using a substantial amount of fossil fuels thus emitting more carbon dioxide. Society would not be able to sustain natural resources. Food and water supplies would be diminished or tainted. Disease and famine could also spread faster without cures or medicines to control them.

4. How do individual choices affect natural ecosystem? Provide examples from your personal or community experience.

We as individuals have exponential power to support and help the ecosystem. Cultivating your own food is a great start. Growing up my family always planted a garden. We grew a multitude of vegetables including corn, potatoes, onions, and peppers. What we didn’t use right away we canned or froze so that we would have vegetables year round. I have other family members that raise cows, chickens, and pigs for food. Being able to provide your own food source is self-reliability but it is all organic; no fertilizers or pesticides. Other ways to help the natural ecosystem is by recycling; this would decrease the harvesting of other natural resources. Using alternate transportation such as bicycles, electronic cars, and hybrid cars will help diminish the use of fossil fuels that emit carbon dioxide. 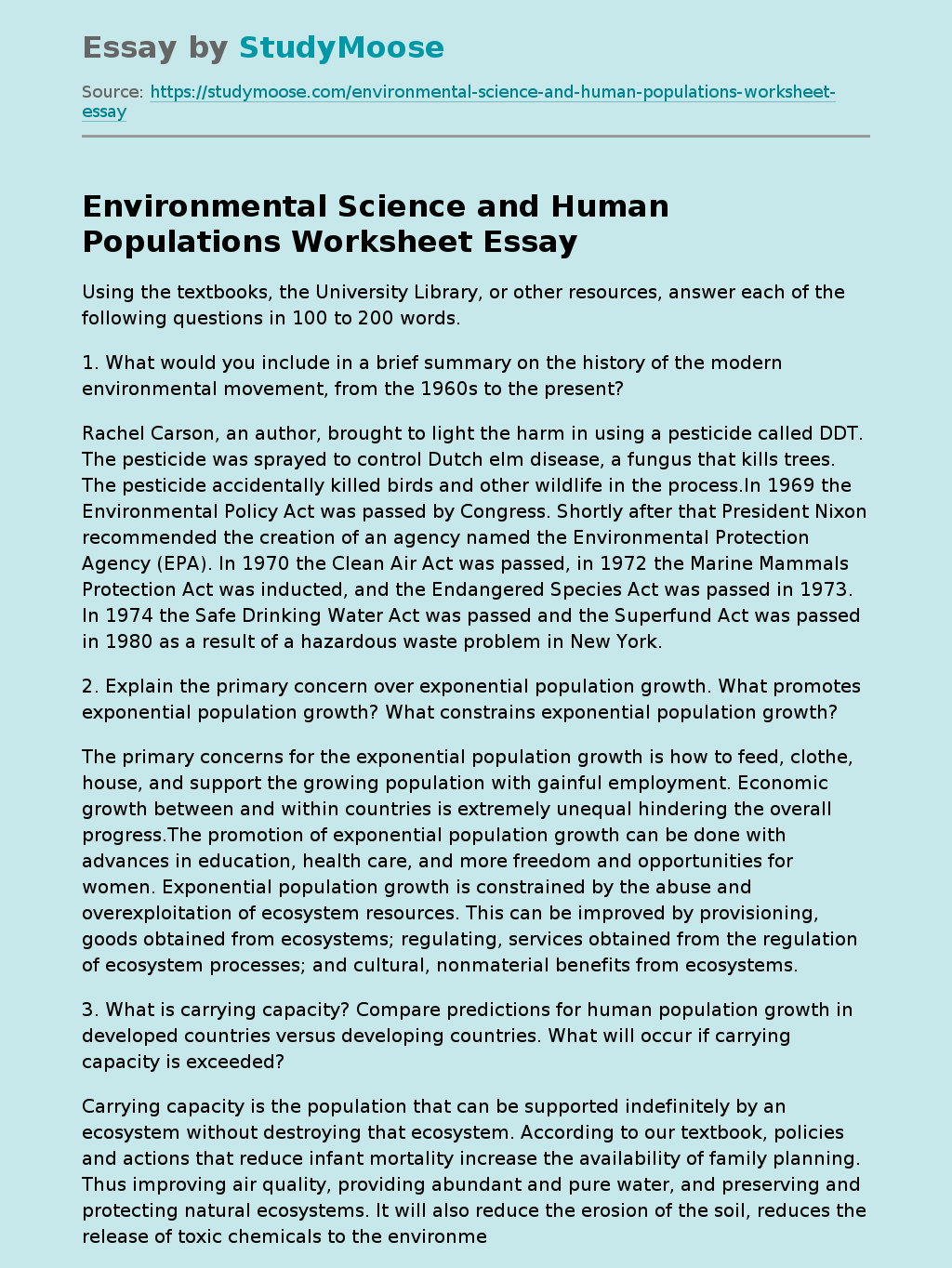