There has always been one problem in my community, the roads are full of potholes. The state does nothing about it too. The pure Michigan campaign spent around $34 million last year to attract tourists instead of fixing the roads. There have been higher rate of car accidents happening because of the roads. Even other neighboring states that have similar climate have better roads than us. Why is that you ask because Senator Snyder’s budget proposal for road funding in 2015 was dismissed because it wasn’t enough money.

While the taxpayer dollars go into tourism.

Even this road problem has affected me, when my dad was driving us back home the tire popped because of a pothole. Half of the time car accidents happen because of how bad the road is. 80% of Michigan’s roads have poor and fair conditions and only 20% of the roads have perfect condition. To get the 80% to perfect condition it will take 25 years and .

6 billion per year. So basically, it would take $40 billion to fix our roads to perfect condition. Some streets don’t even have roads. Even if they do have roads there will huge potholes everywhere. The roads deteriorate each time a cargo truck drives on it and that is huge problem that is causing potholes in Michigan. 38% of all truck lines, primary county roads and major city streets were rated poor last year.

They are slowly fixing the roads in some cities in Michigan like Detroit and Warren.

But some cities’ mayors aren’t fixing the roads like Hamtramck’s mayor isn’t fixing the roads. That’s because the road funding is low, and the money goes to something else instead of the roads. Even if they raise the tax to fix the roads it will still take years to get all the roads to perfect condition like Washington’s roads or Ohio’s roads. Any state funding, they divide it 39% to the state, 39% to county road commissions and 22% to municipalities and the further divides those shares to the government. Well hopefully in 25 years Michigan roads are fixed.

Websites I got my information from: 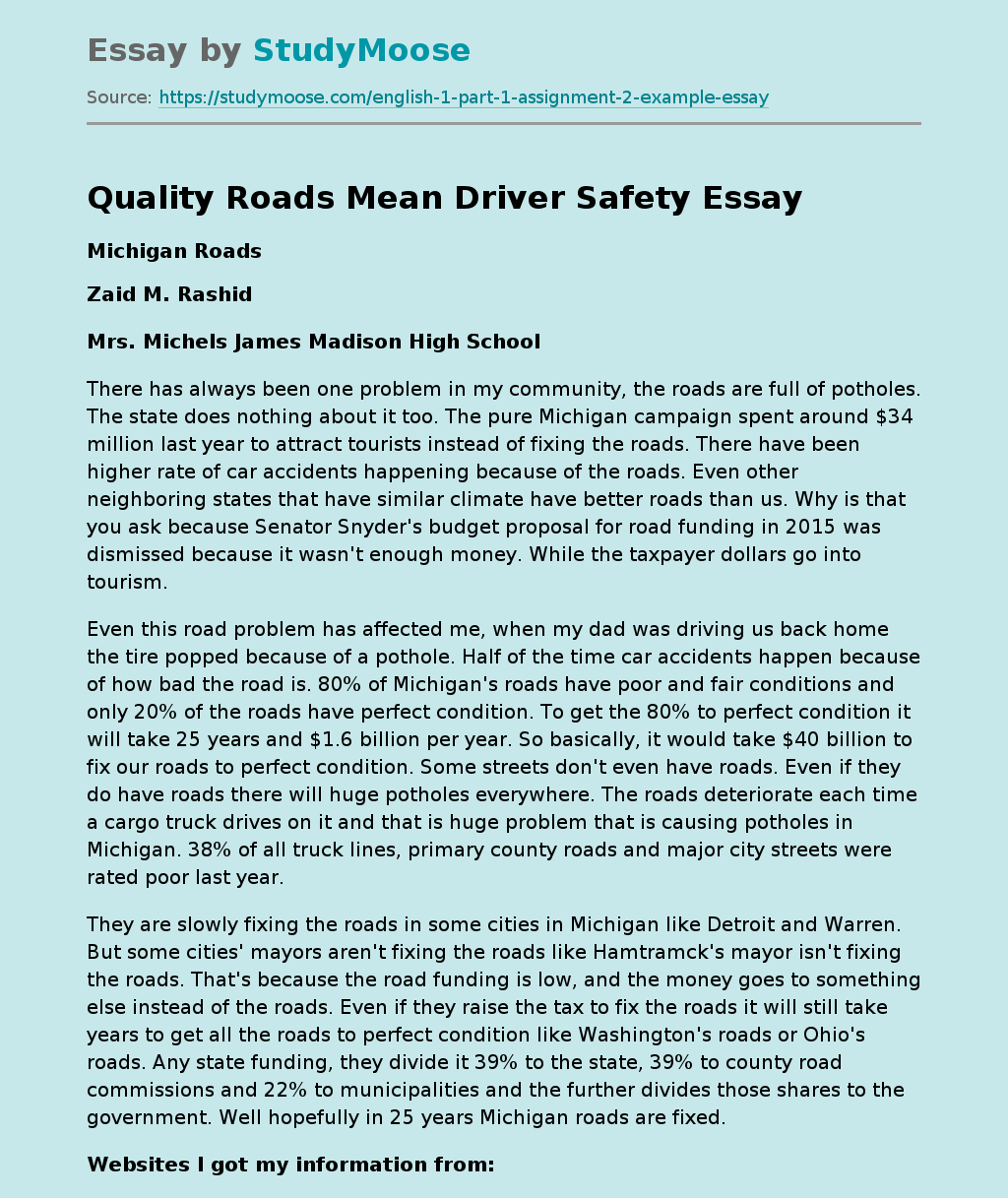