A brief description of the Story

A showman came in their town, was the owner of the Gaiety Land. They provided various fun, games and slide shows. The narrator won a Road Engine in Lottery. But he had no space to keep it. Few days later, the Municipality ordered him to take away the engine. He begged every passing Bus-Drivers and a Mail Engine-Driver but none helped him. Finally local priest offered him the service of the temple elephant. He decided to be disappear.

Don't use plagiarized sources. Get your custom essay on
“ Engine Trouble ”
Get custom paper
NEW! smart matching with writer

Then he met with Joseph, a dismissed bus driver. He arranged the rest to remove the engine. The scene was very funny. But the result became different. At this point a Swamiji came to the town to show his yogik feats.

From eating glass tumblers, lying on spike boards to licking hot iron rods, stopping his heartbeat he could show many more. He also offered to have a road engine driven over his chest.

But when everything was ready, an inspector came and prohibited to swallow potassium cyanide and have an road engine driven over his chest. Swamiji left angrily. However, nature rescued him in unexpected manner. An Earth-quake hit the town and the engine stuck into the open mouth of a disused well. The owner of the well was very happy as it was the dirtiest water on the earth and the Municipality frequently ordered him to close it. So, the owner agreed to pay all the debts of the narrator. Finally, the narrator heaved a sigh of relief.

Pearl Sydenstricker Buck ( 1892 – 1973 ) was an American writer though she spent her childhood in China . Her ‘The Good Earth (1931)’ earned her the Pulitzer Prize in 1932 & she was awarded the Nobel Prize in literature in 1938.She describes the life of Wang Lung , a Chinese peasant , whose love of the land sustains him through years of hardship . During a flood in the countryside the farmer became one of the refugees . The farmer’s sincere love for the land as well as for his grandson is vividly portrayed by the author .

The little wizened old man was carrying a load of two baskets . In one basket , there were a folded quilt & a cauldron and in the other there was an extremely ragged and patched quilt but it was clean still. Though the load was not heavy yet it was too much for the old man. Probably because he was unaccustomed to carrying such loads in recent years or he was beyond the age of work .

In spite of being tired he was trying his best . Suddenly he could go no more and sank upon the ground keeping his burden down with great gentleness . A man passing through stopped and gave him a silver coin and then a copper penny . Though the man was very poor yet he thought of his father and gave him two coins. Then the old man ordered only a small bowl of noodles .

The vendor was astonished as the old man had a silver coin yet he did not order more. The old man said that he had kept the coin for buying seed. The old man did not eat the whole noodles, there was his grandson in the basket, the little child ate as much as he could.

He took up his load and staggered on.

Ans. Though the load was light yet it was too much for the old man probably because he was not accustomed to such labour in recent years and perhaps, he would be beyond the age of work. 3. Why did the old man strain his eyes?

Ans. The old man strained his eyes to watch those who were ahead of him so that he could not be left behind. 4. Give two reasons why the passer-by decided to give the old man a silver coin? Ans. A. If his own father had been alive he would have given to him. B. He was confident that he could earn another silver coin the next day. 5. Why did the old man order only a small bowl of noodles?

Ans. The old man ordered only a small bowl of noodles as he thought that he would buy seeds by the silver coin. 6 . Why was the vendor astonished?
Ans. The vendor was astonished because the old man had a silver coin but he ordered only a small bowl of noodles. 7. Why was the ‘heartiness’ of the passer-by ‘bitter’? Ans. The passer-by was very poor himself, yet he was a sympathetic man. So he had given a silver coin and a copper penny but those he had earned by his whole day’s labour. So, his heartiness was ‘bitter’.

Stopping By Woods On A Snowy Evening

Robert Frost (1874-1963) was born in California. He worked in mills, tramped around the country. Later, he was Professor of poetry at Harvard from 1936. He was awarded the Pulitzer Prize several times. This poem is taken from his anthology of poems, New Hampshire (1923). Substance of the poem :

It is the darkest evening of the year. The poet enjoys the beautiful woods and the falling snow-flakes. There is no farm-house nearby yet the poet has stopped between the woods and frozen lake. The horse shakes his harness bells as he wants to know if his master has made a mistake in stopping at such a place. Though the poet is very keen to enjoy the evening yet he can’t do so. Because he has no spare for that, he has many promises to keep. He has to travel a long distance before he sleeps.

Some Questions and Answers :

Ans. The poet has stopped at a place where there is no farm-house nearby. This seems strange to the horse.
6. What sounds can the poet hear?
Ans. The poet can hear the sound of the harness bells of his horse and he also can hear the sound of ‘the sweep of the easy wind’ and ‘downy flake’.
7. Why has the poet repeated “miles to go before I sleep”? Ans. The poet has repeated “miles to go before I sleep” to emphasize the fact that he has to perform several duties and does not have many time to enjoy the beauty of the snowfall and the woods. 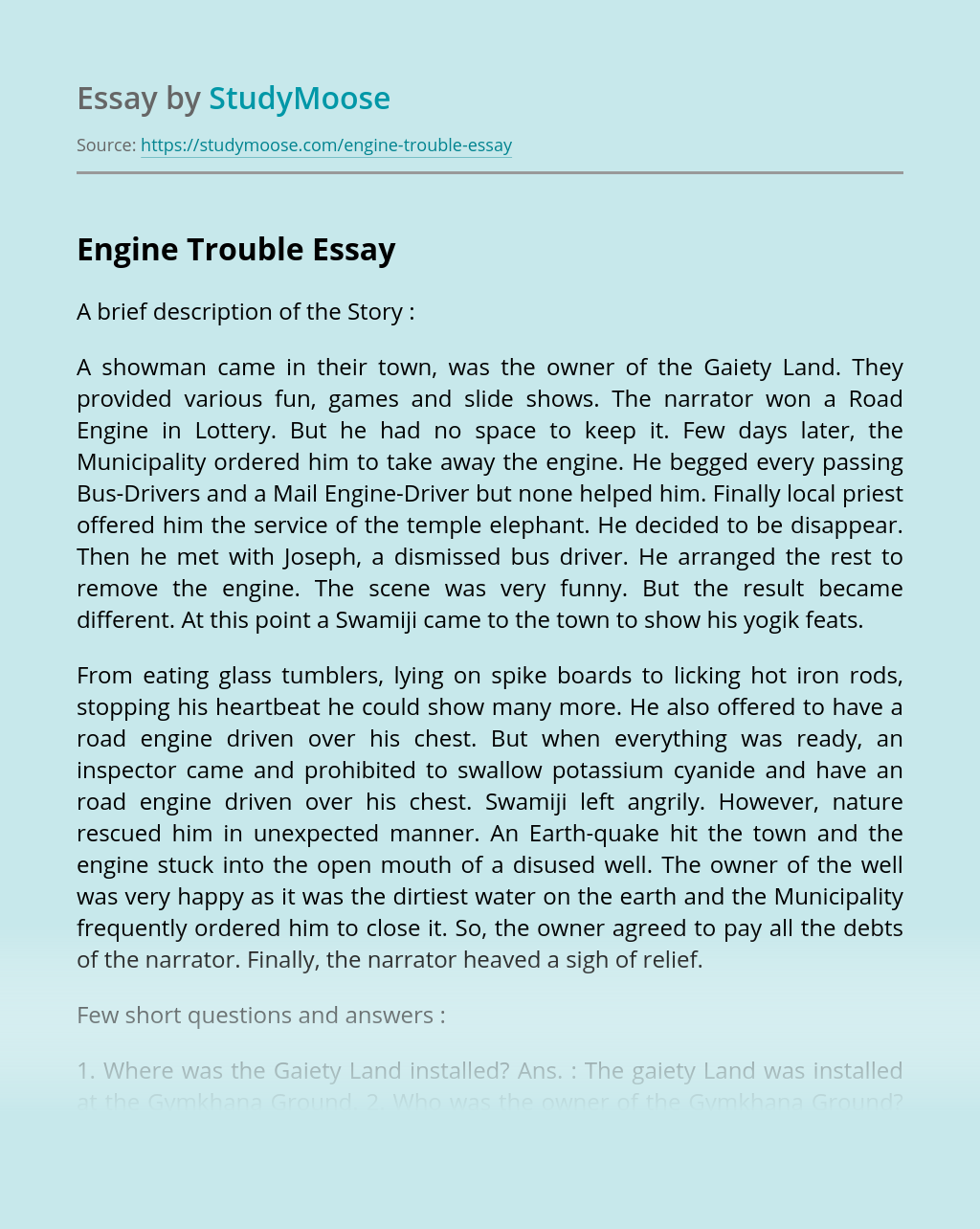