Emily's Symbolism in "A Rose for Emily"

Due to the concern of Emily after her father’s death, the townspeople became curious about her way of living, so they decided to keep a close eye on her. Emily’s symbolism from the story was that the world was changing all around her. She had her own way of coping with situations leading to unfortunate circumstances.

As time went on, Emily becomes close with a man named Homer Borron. She developed strong feelings for him in hoping that she would marry him some-day, but things take a trifling turn when she finds out that he refuses to marry her.

Don't use plagiarized sources. Get your custom essay on
“ Emily’s Symbolism in “A Rose for Emily” ”
Get custom paper
NEW! smart matching with writer

Feeling unwanted and hatred from him, she decides to cope with her rejection by poisoning him and keeping his body in a locked-up room for years. Because Emily has been excluded from society at a young age, her stubbornness and characteristics causes her to act in a certain way.

Both stories share a similar theme which is isolation and feminism.

Each story talks about young ladies who are isolated from life and are always being told what to do by men. This creates certain problems and actions that happen throughout the story.

In ‘A Rose for Emily’, the author uses the rose as a symbol of absent love. The rose was meant as the love that she never received even when she felt as if being with Mr. Borron who clearly didn’t feel the same way would end her search for love.

Emily's Symbolism in "A Rose for Emily". (2020, May 02). Retrieved from https://studymoose.com/emilys-symbolism-in-a-rose-for-emily-essay 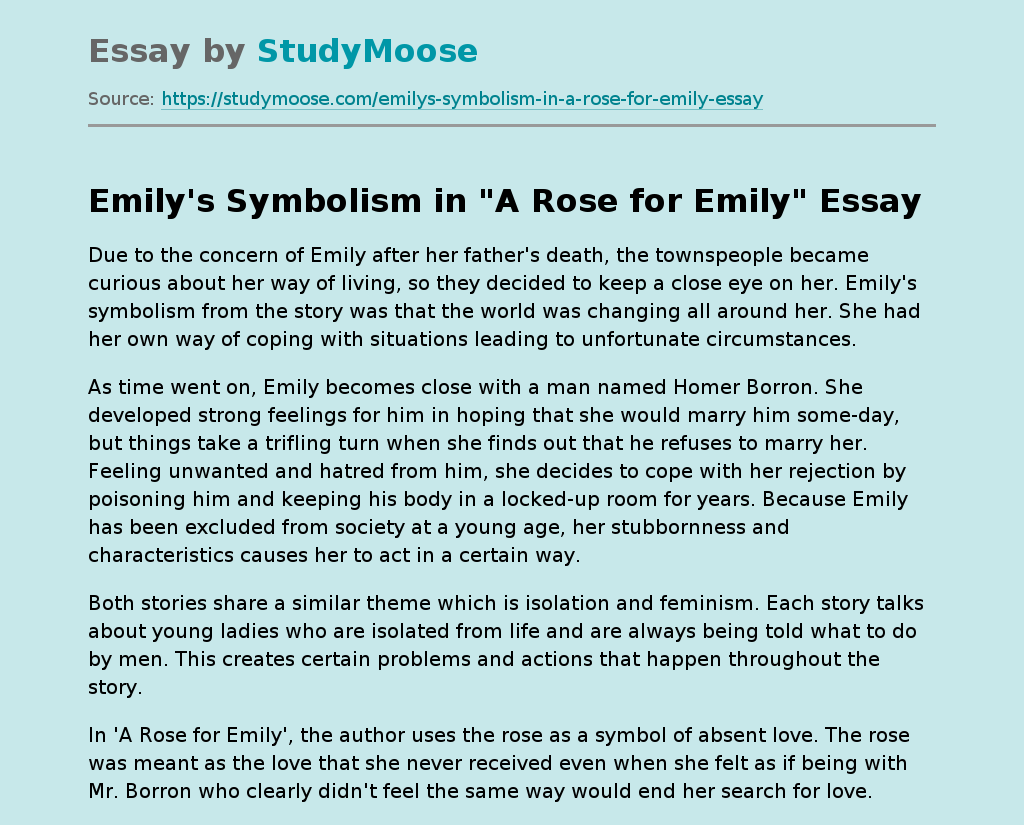