In the speech Elie Wiesel says that indifference is bad which it is a crime against humanity.He also stated that indifference to a tragedy is not clean and that you cant simply witness ruthlessness towards someone or something and not be accountable in some method for what winds up occurring instead he said that you need to step in and help the person or thing that someone is being harsh to. He likewise speaks about his experience throughout the Holocaust, and how people neglected the countless Jews that were passing away.

He also stated that indifference is more dangerous than anger and hatred when he says” Indifference, then, is not just a sin, it is a penalty. And this is one of the most important lessons of this outbound century’s wide-ranging experiments in good and evil.” he is stating that when people were disregarding the reality that Jews were being killed they were committing a sin.

Another thing he said was “But then, there were human beings who were sensitive to our tragedy.

Those non-Jews, those Christians, that we called the “Righteous Gentiles,” whose selfless acts of heroism saved the honor of their faith. Why were they so few? Why wasna there a greater effort to save SS murderers after the war than to save their victims during the war?” he was saying that after the war people cared more about helping the SS instead of the and there was few people that wanted to help the Jews that were being killed or injured.

Also when he said “ Their fate is always the most tragic, inevitably. When adults wage war, children perish. We see their faces, their eyes. Do we hear their pleas? Do we feel their pain, their agony? Every minute one of them dies of disease, violence, famine. Some of them – so many of them – could saved. He was trying to say that that there are a lot of children dying and they really cant do anything about it and they just end up dying. 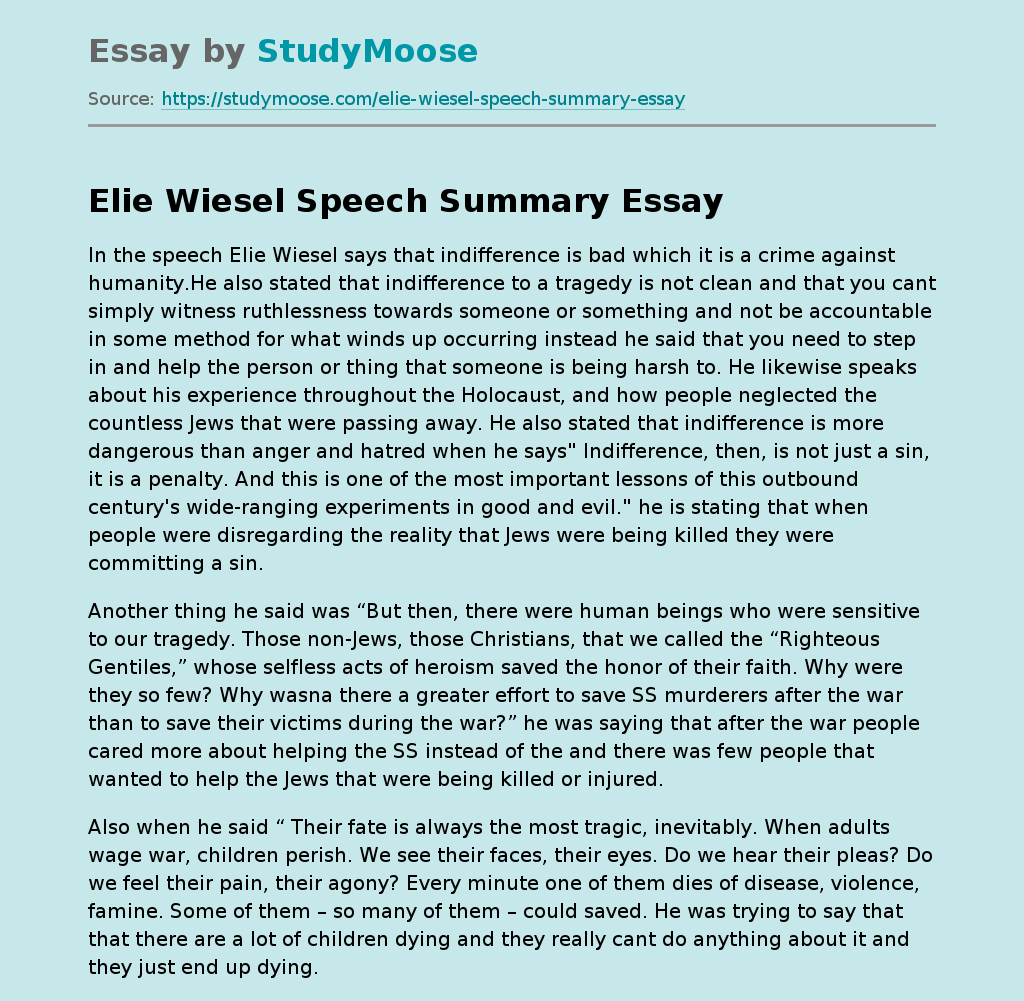