Economics and rivalry in it

Consumers have so many different choices of airlines they can choose and generally most of us would like to get the most out of our money on our flights. Producer such as Southwest wants to win our business by providing promotion such as “Bags Fly Free” to entice consumers not to worry about paying bag fees at the airport.

Turn in your highest-quality paper
Get a qualified writer to help you with
“ Economics and rivalry in it ”
Get high-quality paper
NEW! AI matching with writers

Airlines are competing with each other to win over a limited amount of customers. We as consumers want the best price and benefits with the least amount of stress.

This cannot be consumer-consumer rivalry because there are plenty of airlines available to the consumers. Consumers are not limited to only Southwest Airlines so there won’t be any competiveness among consumers to fight for a seat to get to their destination.

This is not consumer– producer rivalry because there is no debate in pricing. Southwest provides a price for their flight and we as the customer can either buy or not buy from Southwest. Customer cannot bargain back and forth with Southwest for a seat to their destination.

This is definitely producer-producer rivalry in where Southwest believes their business direction is not to charge bag fees will be a competitive advantage over many other airlines who charges bags to fly.

Economics and rivalry in it. (2016, Mar 07). Retrieved from http://studymoose.com/economics-and-rivalry-in-it-essay 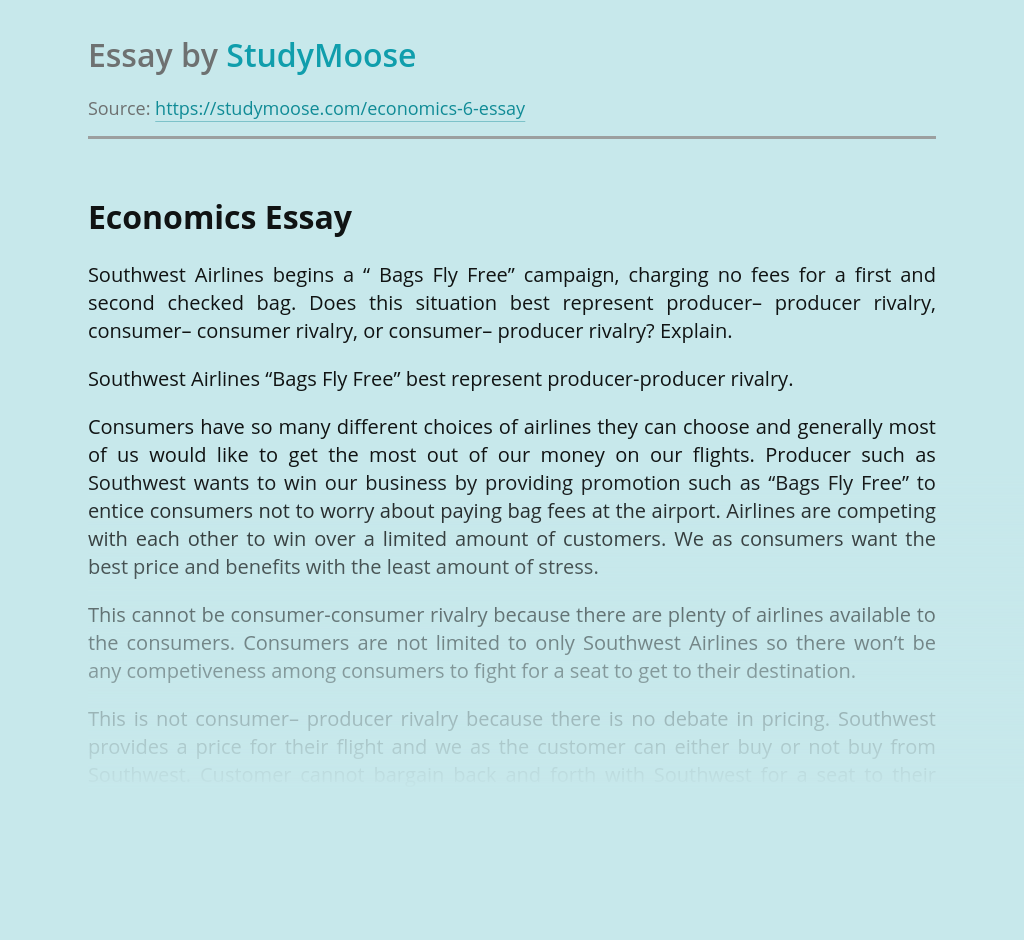 Turn in your highest-quality paper
Get a qualified writer to help you with
“ Economics and rivalry in it ”
Get high-quality paper
Helping students since 2015
Stay Safe, Stay Original