Everyday you hear it on the news, you read it in the papers, you overhear people talking about it…and in every single instance the world globalization seems to have a different meaning. So, what is globalization?, there were a lot of debate about this issue. At a top political and economic level, globalization is the process of denationalization of market, political and legal systems. The consequences of this political and economic restructuring on local economies, human welfare and environment are the subject of an open debate among international organizations, governmental institutions and the academic world.

Don't use plagiarized sources.
Get Your Custom Essay on Economics and Globalization Just from $13,9/Page

“What is globalization? Is it the integration of economic, political, and cultural systems across the globle? Or is it Americanization and United States dominance of world affairs? Is globalization a force of economic growth, prosperity, and democratic freedom? Or is it a force for environmental devastation, exploitation of the developing world, and suppression of human rights?”( www.

Globalization is not a phenomenon it is not just some passing trend. today it is an overarching international system shaping the domestic politics and foreign relations of virtually every country, and we need to understand it as such”.

Globalization is much like fire. Fire itself is neither good or bad. Used properly, it can cook good, sterilize equipment, from iron, and heat our homes. Used carelessly , fire can destroy lives, towns and forests in an instant. As friedman says

:”globalization can be incredibly empowering and incredibly coercive it can democratize opportunity and democratize panic. It makes the whales bigger and the minnows stronger. It leaves you behind faster and faster, and it catches up to you faster and faster. While it is homogenizing cultures, it is also enabling people to share their unique individuality farther and wider”.*+(web)

“Is driven by the strategic responses of firms as they exploit market opprtunties and adapt to change in their technological and institutional environment, and attempt to steer these changes to their advantage. The O E C D groups the factors shaping globalization into four general categories, which are inter-linked:

Exploitation of competitive advantages: use of superior technology , organization, production or marketing.

Increasing customization of both intermediate and finished goods.

Differences in the business cycle.

Catching up by lagging economies.”

But according to Thomas Friedman in his book Lexus and the Olive tree he explains three major factoes for the spread of globalization:

– the democratization of finance.

-the democratization of information.

International expansion has been driven by firm strategies based on their technologies and organizational advantages shaped by a number of factors of government policies, technological factors driving expansion include the rapid growth of knowledge intensive industries which are foreign investment intensive industries which are foreign investment intensive use intra firm trade intensively and collaborate externally in development the need to recop growing R & D costs find highly trained and skilled workers and organize production more efficiently underpinned by declining communication and transport costs. Increase importance of customer sevice.

Macroeconomic factors include market development in different countries and region.

Second, the techmolgy, people have been able to travel the world for the past 500 years, the difference now is that they are connected immediately.Th internet boom in 1990 made people relaise that business could operate more or less unconstrained by geography, 24 a day , 7 days a week , 365 day a year. This new faster moving changing business environment have driven companies of all sizes to organize themselves into smaller more responsive , focused unti.

The faster that drives globalization is making behavior is more tribal. John Nasibih, author of global pardox argues that the more we become economically interdependent the more we hold on to what constitute our core basic identity. Implementing a homogenized western culture, such countries as indousia , Russia , france have passed laws to preserve their identity. Matters are further complicaty by the shift from trdational nation states to network. The role of diasporas in developing the economic and political fortunes of many counties is significant . See the role of the chiness dispopora in driving the economic development of many asian states.

Technology is driving a global changing in many other areas, affecting the context of strategic decisions.Laura D’Sndrea Tyson, dean of London Bsuiness School and a leading economic adviser to Bill Clinton from 1996 to 2000, highlighted the main forces driving globalization:

The basic factor driving is technology .its trite to day but its true ./ the two major development taking place in the world are demographic and interconnectedness. Interconnectedness is about transportation and communication and that driven bytechnolgy. Demographic is actually about biotechnolgyical science. (Kourdi, BUSINESS STRATEGY)

Tecnhlogy did not inevent a new business paradigm but it has transformed business opening up a multi trade of ways to add value, increase sale, reduce costs and manage more efficiently. Understanding the nature of this transformation is valuable for decision making.

An information firestorm rages in most business and how it is manges is crucial to success. A consequenceas of the increase in line activity is that information can be leverages to create new sources of value . it is important to combine the power of information and technology qwith common sense approach to management.

So tech. And infor, are very importat factor what also effect the economy which also cause globalization. (Kourdi, Business strategy). 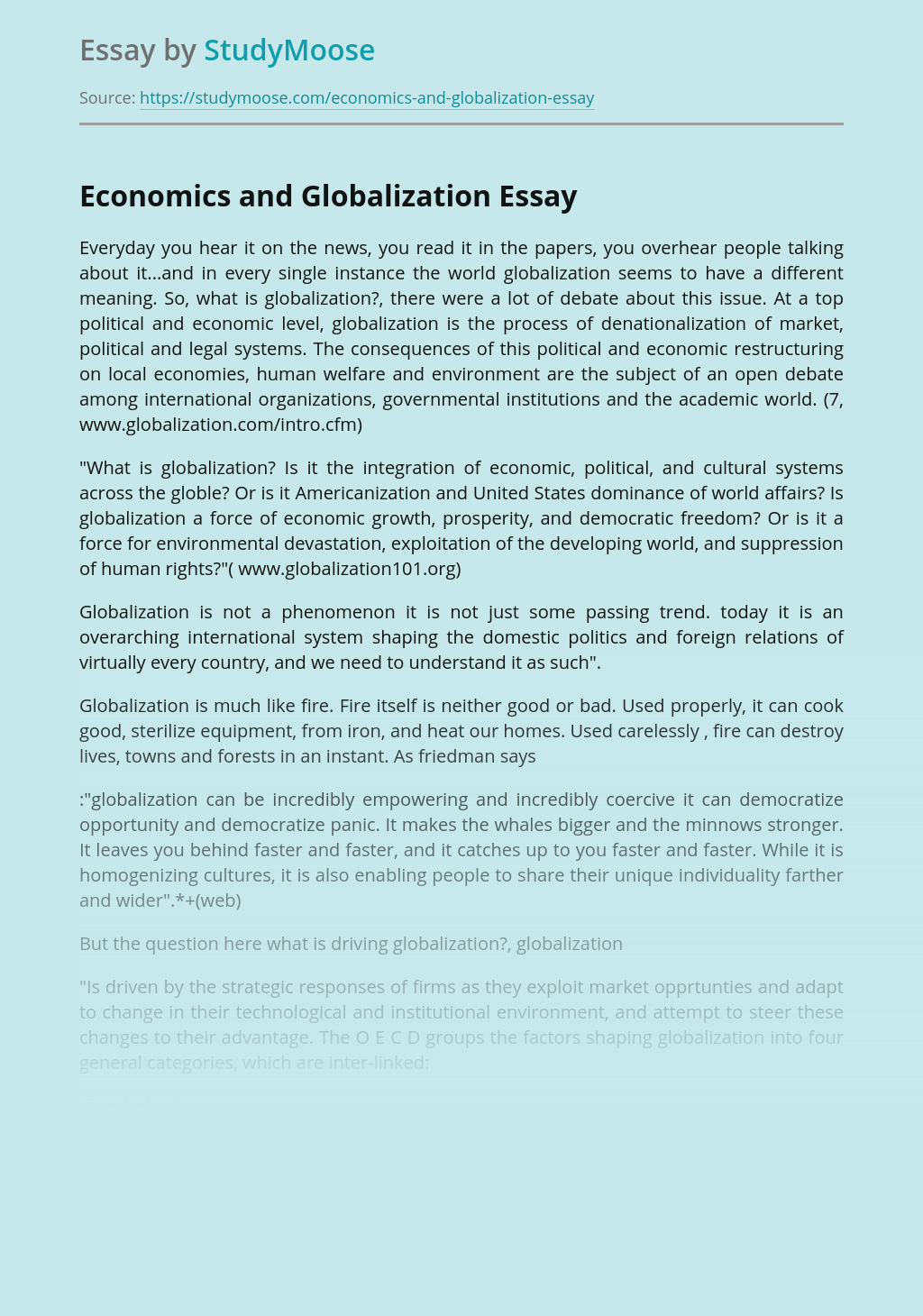