The industrial revolution, which began around 1750, ushered human beings into a new era of modern civilization. While the remarkable progress in science and technology has improved people’s lives greatly, our earth is changing and the environment around us is becoming worse and worse. According to Booth (1991, p.552), the” long-run economic growth relies on the creation of new industries and new forms of economic activity, these new forms of economic activity create new kinds of environmental problems”. Focusing on these aspects, the economic growth will bring about serious environmental problems such as water pollution, air pollution, ozone depletion, and acid rain.

Don't use plagiarized sources. Get your custom essay on
“ Economic Growth and environmental problems ”
Get custom paper
NEW! smart matching with writer

One of environmental problems is water pollution that is caused by economic growth and is very widespread and serious in the world. Industrial wastewater is one of the water pollution that people are focusing on nowadays. As we know, with economic growth, there must be setting up more industrial factories in order to satisfy people’s needs. On the other hand, more or less, these industrial factories will drain off wastewater; as we know, these wastewater contain many toxic and harmful chemical substances, such as, SO2, NO, waste gases and some other aromatic compounds.

Therefore, we can see that the rapid growth of the urban industry and the high speed of economic development caused a great deal of effect on water pollution especially on industrial wastewater.

In addition, with the rapid economic growth, some out of date used water supply systems in developing countries can result in water pollution, especially in the populous mega-cities.

The population in developing country mega-cities is increasing so fast that the piped water supply and sewer systems cannot follow the needs of the increasing population. Many sewer networks in developing countries still stay at the standard of colonial period. Therefore, most rivers and canals in developing countries are seriously polluted by untreated waste, sewage and toxic chemicals. Some rivers like the Teito River in Sao Paolo and the Huangpu River in Shanghai have become lifeless rivers (Rampal &Sinding, 1996). As the same time that the surface water is polluted, various wastes also seriously defile ground water. In the Journal “2000, Planets Earth at the Crossroads’, the author Jim Motavalli showed “in developing countries, more than one-third of people lack access to clean water”(1999). Meanwhile, water pollution also aggravates water shortages.

With rapid economic growth, the increasing human activity is the major reason for air pollution, especially on global warming, acid rain and smog. Obvious climate changes are the results of a great deal of human-caused greenhouse gas emission. In order to satisfy the needs of continued population and economic growth, people burn more fossil fuel to get enough energy and use more fertilizer on farmland to plant more crops. In these processes, lots of carbon dioxide (CO2), methane (CH4) and nitrous oxide (NO) are released in to the atmosphere. These gases are generally called greenhouse gases because they can absorb infrared radiation reflected from the earth surface and create “Greenhouse Effect”. According to Rogers & Feiss (1998,p.301), with the increasing atmosphere concentration of CO2 and CH4 since 1800, the average temperature of the earth rose about 0.5 C during the 19th century, which is about 20 times the natural temperature change.

And based on the prediction of the Intergovernmental Panel on Climate Change (IPCC) (in Rogers & Feiss, 1998, p.301) in early 1996, the global temperature will increase from 2 C to 6 C by the year 2100. Some evidence supports that the prediction about global warming is true. For example, except for1991 and 1992, the rest eight years from 1985 to1995 have become the hottest years of the past century; among this decade, the average temperature in 1995 was 0.07 C higher than in 1994. With this rising rate, the global temperature will increase over 7 C by the end of the 21st century (Rogers & Feiss, 1998, pp.300-302). Thus, we can how the global temperature has been changed by increasing human activities accompanied by fast economic growth during past 200 years.

Global warming may result in some serious consequences, such as the expansion of tropical desert and arid regions; the reduction of agricultural production in tropical area; the increase of sea level; population migration from coastlines to inland; and abnormal weather including more tropical storm, blizzards, and droughts and so on. The increasing emission of greenhouse gases will continue to affect the global worming more obvious than before. Up to now, people had no idea how to solve these potential environmental problems that will be caused by global warming.

Widespread acid rain and smog comes from burning large amount of oil and coal. All kinds of automobiles, factories, industrial boilers, power plants as well as heating devices of households emit thousands tons sulfur dioxide(SO2), nitrogen dioxide (NO2), carbon monoxide(CO) and ozone(O3) into the atmosphere everyday. When SO2 and NO2 dissolve in rainwater and increase rainwater acidity, acid rain is formed. Acid rain can acidify many lakes and streams, and it kills all kinds of fish; it also can erode soil and make plants die. Now, in the eastern United States, eastern Canada, as well as Europe, the problem of acid rain is severe. On the other hand, these gases compound with water and dust in the atmosphere, and then form smog. Smog usually stays in the populous mega-cities and contributes to lung decease. 100 years ago, London was famous for its smog. Now, most of the 20 largest cities in the world have smog problem to some degree. Human-caused air pollution is threatening people’s health and our environment. 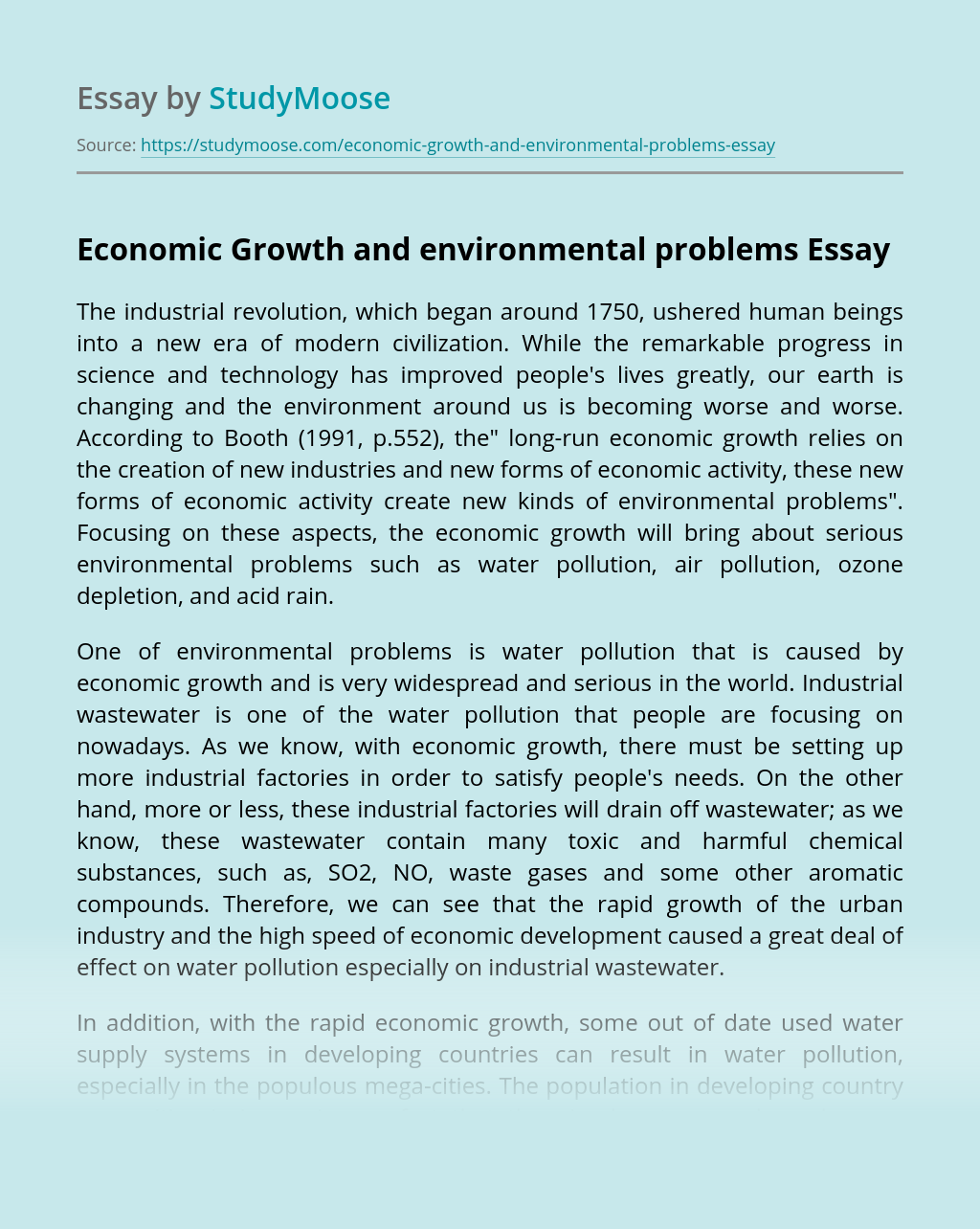