1. Why would killing Lucy, Mina, or any other vampire have been considered a merciful act of euthanasia? They are becoming monsters and they wouldn’t want to hurt anyone. By killing them, you are putting them out of their misery. Euthanasia is merciful killing. By killing a vampire, you are not only preventing them being miserable because of what they become and preventing their future victims from misery. 2. Explain the difference between physiognomy and phrenology. Physiognomy is the practice of determining a persons characteristics by their facial structure.

Don't use plagiarized sources. Get your custom essay on
“ Dracula: Study Questions ”
Get custom paper
NEW! smart matching with writer

Phrenology is the practice of determining a persons characteristics based on the amount of space they have in certain parts of their brain.

3. How does the poem “Totentanz” represent the recurring theme in Goethe’s works, that mankind should not meddle with the activities of the supernatural? (What happens to the man in the poem?) The warder picks up one of the skeletons shrouds and so that skeleton does not go back in the grave like the others.

The skeleton chases him up to the bell tower and just as he was about to kill him, god saved the warder. The skeleton crashes down into pieces.

5. What do you think a man should look like, sound like, and behave like if he is going to play the role of Count Dracula in a film or a play? I think that his voice has to be smooth, soothing, and very seducing.

His hair has to be black and be in great contrast to pale skin. The eyes are very Important. They have to be piercing yet beautiful. He must behave sly yet be very polite. In order to play the role of Dracula, the person has to have a lot of contradicting characteristics. 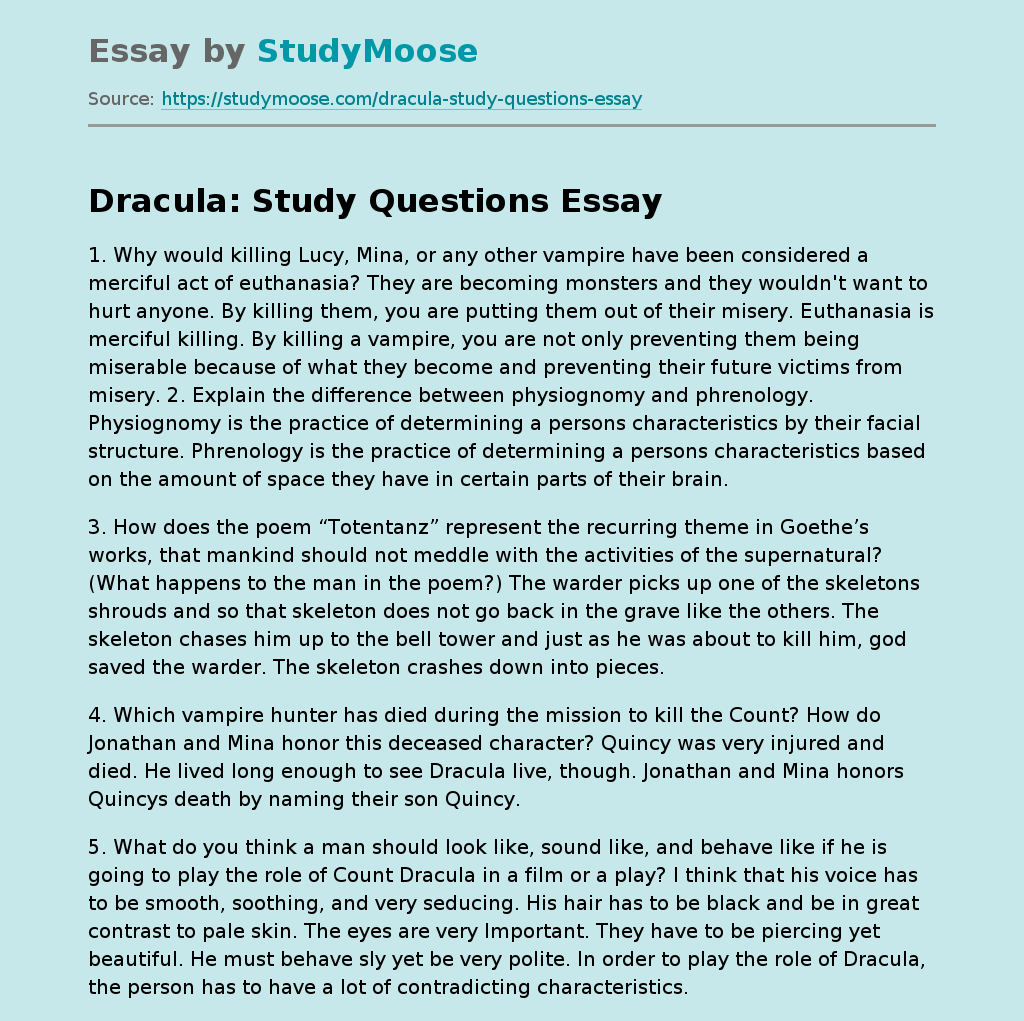