Officially there is no racism in the United States in the sense that all kinds of racial discriminations are prohibited by law. But racism still exists to some extent in the hearts of the people. In general, there is a reduction in the prejudices people have about others based on their race or other similar social background. But these prejudices have not completely died down. A large portion of US citizens still appear to have racial prejudices to different degrees.

Don't use plagiarized sources. Get your custom essay on
“ Does Prejudice Still Exist Today? ”
Get custom paper
NEW! smart matching with writer

Although the public commentary describes the United States as post racial, racism and prejudice continues to exert a very real and persuasive influence on institutional policies and processes, interpersonal interactions, neighborhood infrastructure, socioeconomic opportunities, and media imagery in the world today. Racism The core of racism is the belief among people or a position taken by them that people of some races are essentially inferior to people of some other races.

“When people of different races believing in or supporting such racist views come in contact with each other, they are likely to engage in racist behavior” (Davis, 2012).

Racist Behavior Racist behavior can influence discrimination among people of different races, with an intention to put the people of other races at a disadvantage, or to avoid interaction with them, or both. Such discriminatory behavior can be explicit and performed without any attempt to hide. This behavior can also be subtle, that cannot be detected or pinpointed easily.

Racist behavior may include many kinds of activities carried out secretly.

“In spite of the laws against racist behavior, people do continue to behave in racist ways to some extent. Frequently this behavior is unintentional and difficult to pinpoint. In other cases the behavior is intentional but cannot be detected and punished by law for various reasons” (Garry, 2011). Stereotypes Stereotypes evolve out of fear of people from a minority group.

Stereotypes are generally developed by a series of isolated behaviors by a member of a group that was unfairly generalized to be viewed as a character of all members of that group which in turn formed prejudice and racism. “When we judge people and groups based on our own prejudices and stereotypes and treat them differently, we are engaging in discrimination” (Thomas, 2013). Conclusion All of us face peer pressure when confronted with a joke which puts down a certain minority. It takes courage to raise objections to these jokes and belittling names and to actively fight the prejudice and bigotry which they foster.

It is important to stand up against injustice, and fight the discrimination, stereotypes, and racism which have served as the precursors to persecution and violence. 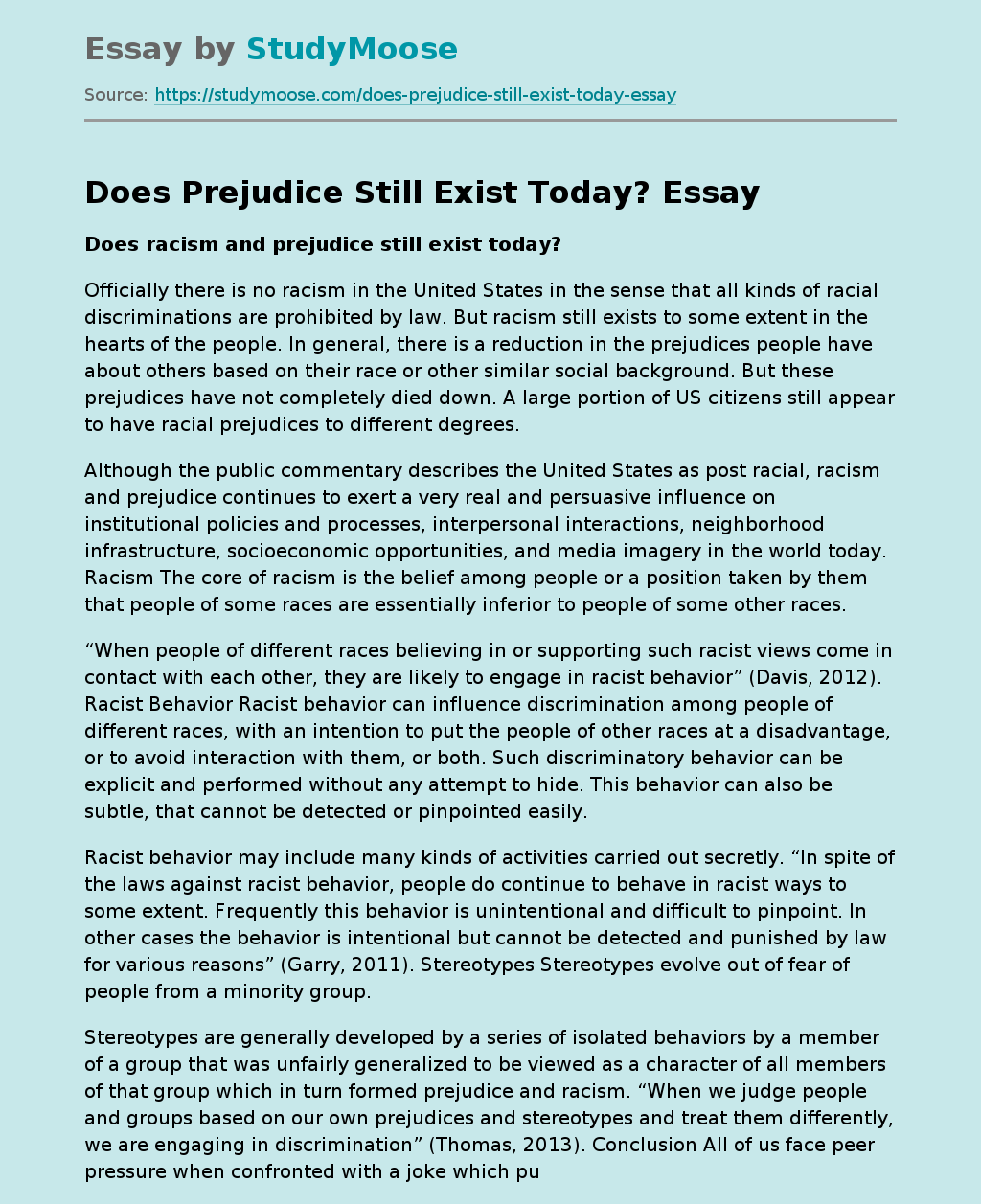