03 mg/L and for seawater is 3. 48 mg/L. This is likely to be due to the presence of other dissolved gases in the seawater, such as nitrogen and argon, which mean that less oxygen may be chemically combined with the water molecules . 3. At an average of 3. 22 mg/L, the dissolved oxygen concentration of the supersaturated water is also much lower than that of the distilled water at room temperature.

It is not clear why this is the supersaturated water should contain more oxygen than could actually be dissolved by the water, therefore be at maximum dissolved oxygen levels. 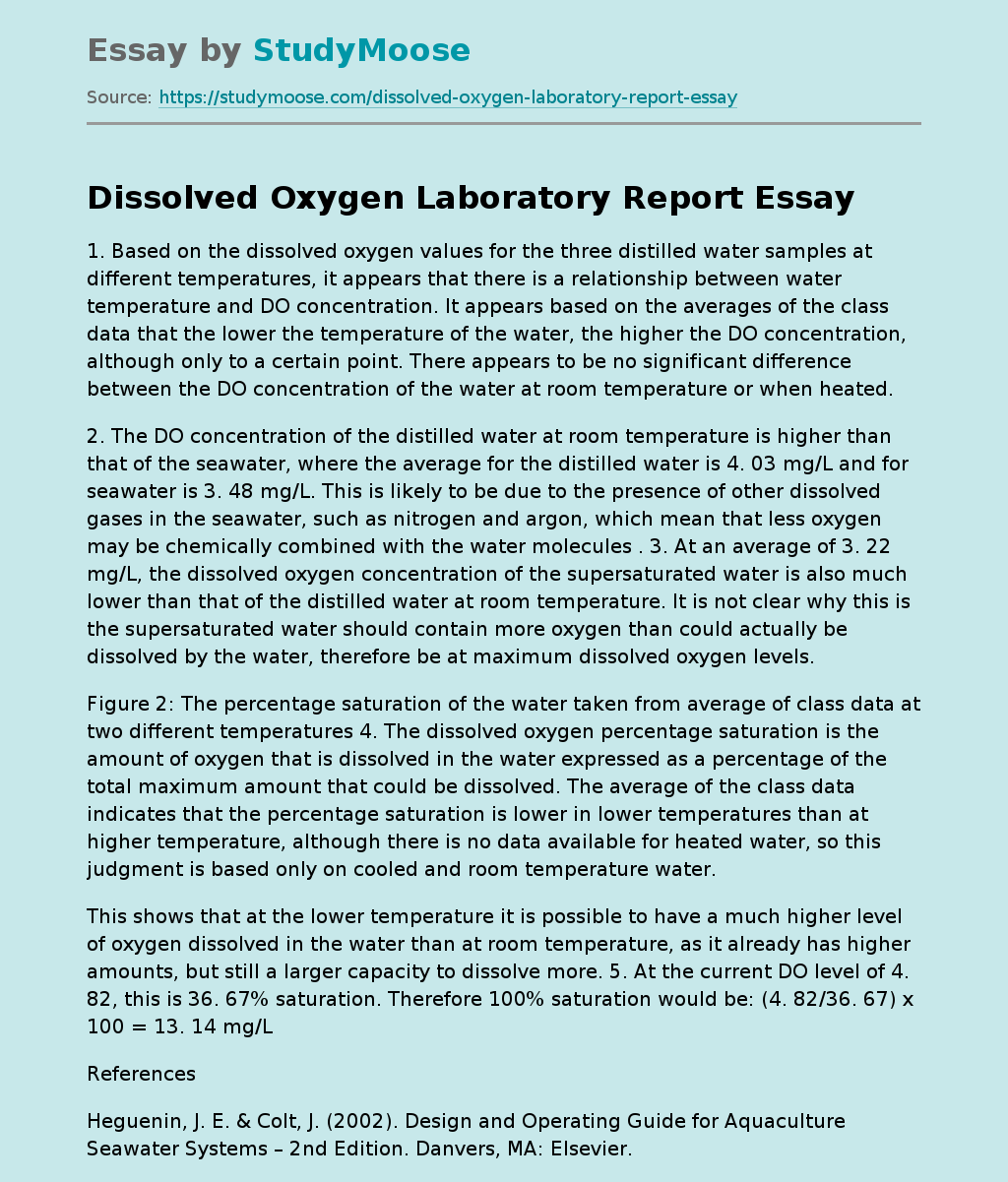