In finding out any data and facts about anything, we considered a lot of thing before we arrive into our final conclusions. In the field of sociology, there are three types of determining the “truth. ” These are the scientific sociology, interpretive sociology, and the critical sociology. They are common in one thing and that is to find out the truth and facts in the environment where individuals interact with each other. However, they have differences which are taken into account.

The scientific sociology of the positivist point of view says that facts and truth should be verifiable by our five senses.

Don't use plagiarized sources. Get your custom essay on
“ Discovering the Truth through Scientific Sociology, Interpretive Sociology, and Critical Sociology ”
Get custom paper
NEW! smart matching with writer

It always predicts and comes up with theories and law. It finds patter in any occurrences. The interpretive sociology, also called hermeneutics, on the other hand, states the analysis of a socially meaningful action through direct observation of people in a natural habitat. It focuses on the qualitative data and understands the symbolic processes in the surroundings.

Lastly, the critical sociology or the transformational approach always gives a main purpose of any doings and action of man into transforming lives of society.

Often times, it goes beyond questions of the scientific sociology. It says that people could take responsibility for becoming what they chose. The scientific sociology, in terms of advantage could be justified by hard data and valid supports from the records and files gathered throughout the observation period.

It could support and deconstruct conclusions and assumptions with mere verifiable data. However, since the scientific sociology only relies to the five senses of a person, it has the limitation of physical aspect such that it only sees the physical condition and physical phenomenon on the society.

Though it states the cause-effect relationship, it still lacks of the facts from the people on the society, which in reality, are the one who have known the truth why is that thing happened, because the are the one who are involved in the action.

In relation with the work of Marx, Durkheim, and Weber, they all have their own view regarding the society. It has similarity with the theories mentioned above because like those theories, the theories of the three social scientists arrived in similar societal conflict or disconnection. They all presented their support with different approach like the three theories of sociology in determining the truth. 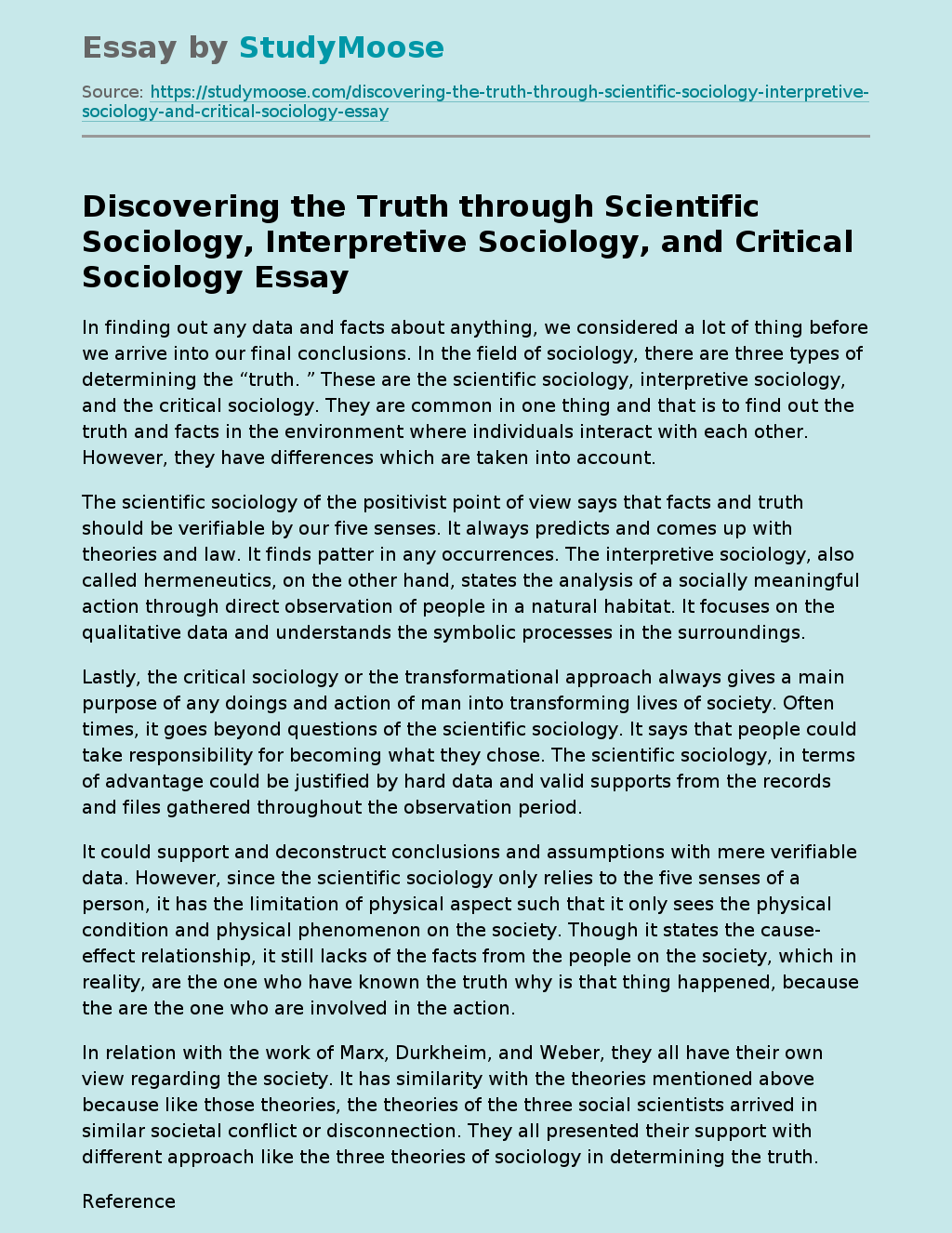