Q1.Identify different several concepts and characteristics from the field of organisational behaviour that this case illustrates.

The Organizational Behaviour between the two firms were very different and identifiable. Tony Stark started working at O’Grady and things had been great there. The firm made sure that people who worked there, their personal goals be met and broadened their perspective towards work thereafter. O’Grady was a decentralized firm giving everybody a chance to grow and feel like a part of the firm as their opinion would be incorporated while the managers did decision making.

The surroundings were very friendly and socially psychological. There was a lot of freedom given to the workers in terms of the work they did. The firm practiced managing workforce diversity. Tony Stark had a sense of job satisfaction and would have continued working there if the firm did not shut down.

Now if we look on to the firm that Tony Stark had to take up after the closure of O’Grady was the Reece Enterprise.

This firm had an entirely different way of operation. There was reward based on how long they had been there and played the politics. Top managers only were concerned about the work being complete and not how it was done or who did a good job. Even though Reece was a much more organized and structured organization, it still failed to be practicing a decentralisation. There was a requirement of three signatures from the higher authority without which any decision making would not have proceeded and therefore made the entire process really slow as reaching the top managers wasn’t easily accessible and interoffice memos had very low priority.

The environment among the workers wasn’t very pleasing either. They did not accept anyone new which was appointed at the same stature. This not only was ignorant but also very demeaning.

Tony Stark regretted accepting the offer without researching about the firm.

Q2.what advice can you give tony? How would this advice be supported or tempered by behavioral concepts and processes?

Tony Stark could look for another job and perhaps this time research about the company and then join it or he could make a difference in the firm he was working and bring about a change. Changing working situations in such a huge firm is very difficult but its not impossible. He probably is not the only one facing the problem. There might be a few others and would join him to help him take the decision of change. This change could be bought about by effectively talking to the high authority. Letting them know that people don’t have a job satisfaction nor are they excited about the work, which would eventually lead to the downfall of the firm and further shut down. This could be avoided if decision making was made more efficient and incorporative. If there was an introduction to a suggestion box or if any other form of easy communication with higher authority, making the work more target attached.

Q3. Is it possible to find an ‘ideal’ place to work? Explain.

It is not easy to find an ‘ideal’ work place or maybe possible. You have to make a place ideal according to your goals and perspective. The definition of ideal will vary from person to person. It may mean friendly environment for someone and work oriented for the other. It may be too philosophical but that’s how human behaviour works. Its unpredictable. It will vary from person to person.

Q1.How successful do you think helen bower’s new plan will be ?

Helen Bower was a young lady who had a very different way of running the business as compared to her father from whom she inherited it. She was a very business oriented woman. She knew where she wanted her company to be in the next few years. She knew her competitors and was aware of the market conditions.

The problems that came along with the way she handled business was workers not being satisfied or involved in the process. She treated them like hired help or rather as machines, who were paid to work for her. She paid them average wages and expected them to work to their full capacity and produce as much as they could. She didn’t think of herself as a leader but as a boss. She was interested in the profit and not sharing the profit among the workers who made her earn that profit.

This sort of behaviour led to marginal changes in production and the growth of the corporation. To understand the reason as to why the company wasn’t growing enough she hired a consultant. He carefully researched the organization and recommended to go back to his fathers way of supervision which she thought was ‘humanistic nonsense’.

She took steps that she thought were the best for the company from her point of view and announced a 10 percent cut for those who failed to increase their productivity. She did not realise that this would worsen the condition. Workers might start a protest or even worse quit.

Worker satisfaction should be the utmost priority of any company or firm.

Helen was a very straight forward person. She knew what she was doing and knew what steps would help her company grow. She never treated the people working for her as humans. Since she was paying them the average wage she thought she was doing more than enough for them. But she had to realise that at the end of the day they also had some desires to fulfil and a family back home. They needed to be paid more than average and treated more than as merely machines.

Her behaviour towards workers led to problems. She had to face challenges like keeping them motivated to work, reach the target, retain in the competitive market.

Q3. If you were helen’s consultant, what would you advice her to do?

If I was Helen’s consultant I would have advised her to change the way she approaches her target. She has to not only focus on the global market but also the work that’s being conducted in her business. She needs to built a more systematic way of functioning in which workers also have a say. They need to be heard and given a choice to voice their opinion. It should be like how the government works- Democratically. Being like Hitler would only help you keep power in your hands but not earn respect from people.

As a consultant I would also advise her to be like her father just as the consultant in the case study does. Maybe that path would lead to a slow growth of the company but it will be an everlasting growth. A growth with very strong pillars.

Also being a businesswoman and always thinking about workers well being would also lead to too much pampering of the workers. They should be handled with a lot of attention. They need to be focused on the targets and help you reach the productivity with low cost. They should be understanding enough. 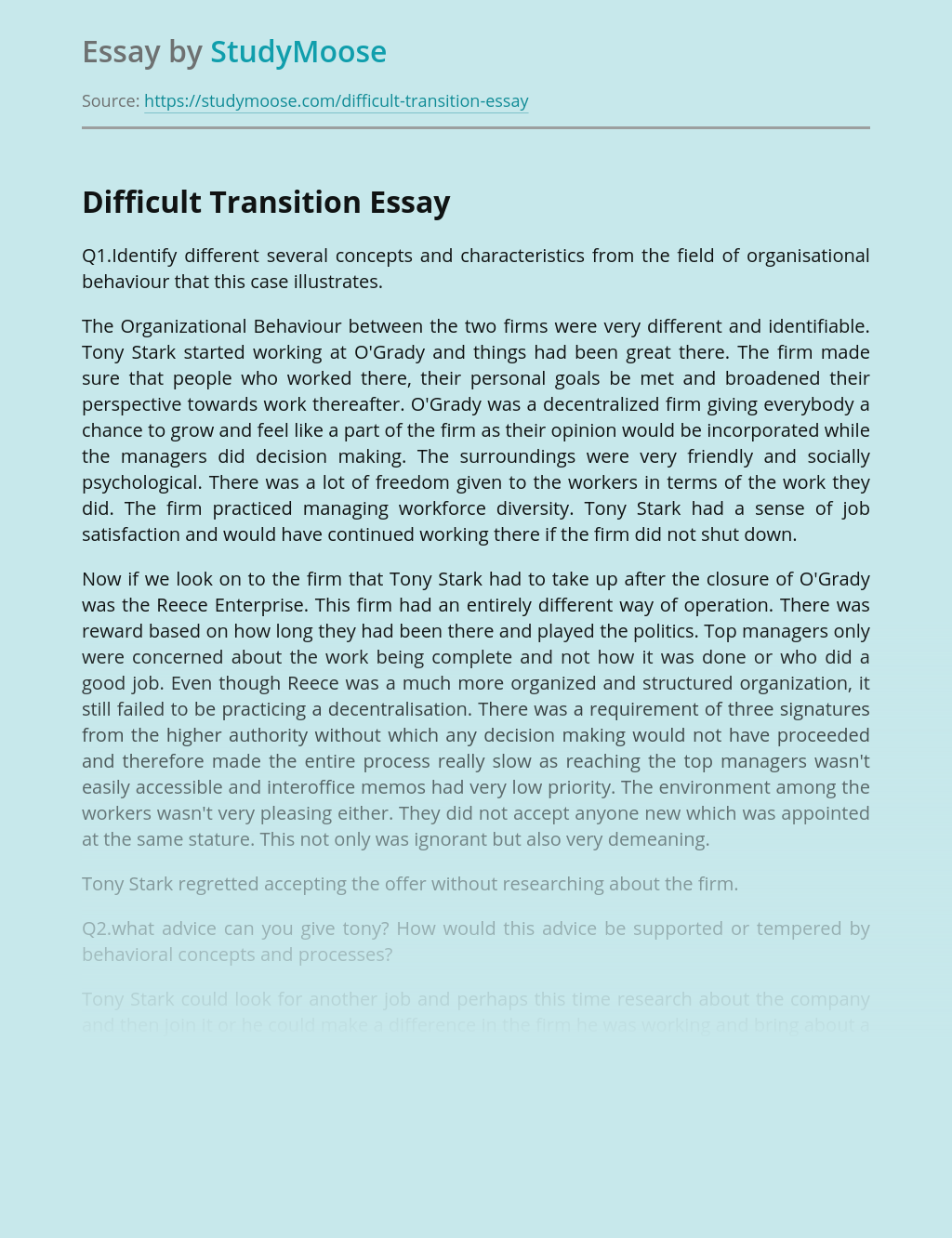