Don't use plagiarized sources. Get your custom essay on
“ Developments in transportation ”
Get custom paper
NEW! smart matching with writer

Railroads made the west accessible. They encouraged the migration and settlement of the western United States.

Because of the railroads assisting people in moving out west, a need formed for new agricultural methods and tools to farm in the new environment. The Gold Rush in California only grew so popular due to the railroads bringing ease of travel to people heading out west. The Railroad industry also opened up the western areas of the United States to business, industry, and trade.

It continued to influence developments of industry, so more products could be made, shipped, and sold.

The railroad system also created the demand for new modes of communication, such as the telegraph, because there was more distance to cover, thus opening a whole new market in the communication industry. One of the most important achievements the railroad’s brought to the United States was the introduction of time zones to accommodate for the inter-state trade.

By 1820, turnpikes connected almost all major cities in the United States. They facilitated trade between areas of the country that were previously isolated, thus raising the economy in certain places. Turnpikes also provide a quicker and easier mode of transportation for people, therefore helping to decrease the standard of economic self-sufficiency. This meant people were less likely to be stuck growing their own food, making their own clothes, etc. because they now had a much easier trip to town where they could buy these goods.

Canals became popular from about 1815-1840. The most famous canal was the Erie Canal. It opened an inexpensive and quick way to travel from the east to the west. Before the Erie Canal only the east coast had been readily accessible by water. Canals promoted trade between the eastern and western regions, sparking industrial development in the formerly farm-oriented west. Canals made New York City a major trade center. They allowed New York to prosper and continue to grow as an industrial powerhouse, creating more jobs and factories. This is what gave New York the advantage over cities like Baltimore and Philadelphia. The canals also promoted the development of the steamship, created first by Robert Fulton. 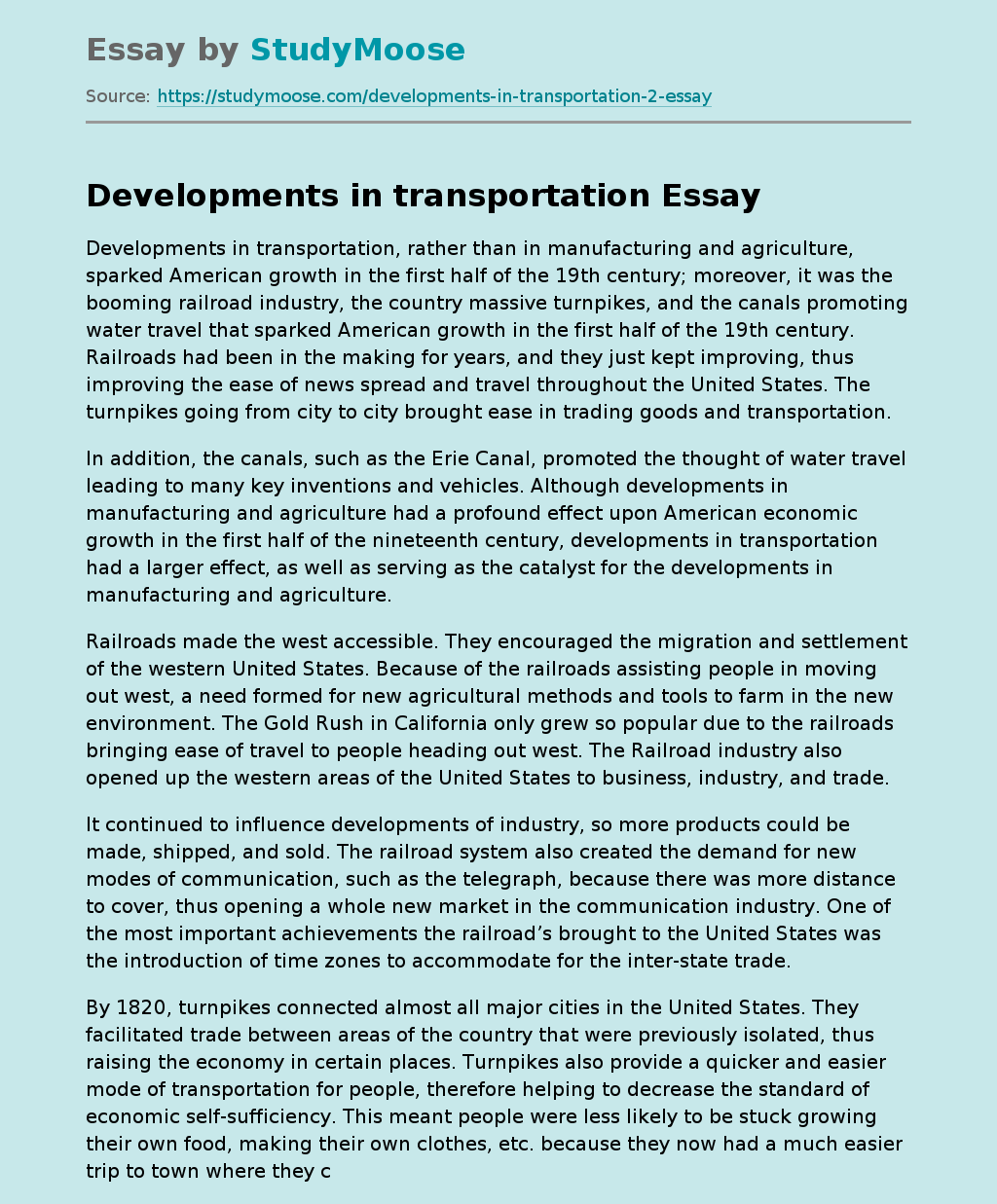