Federalism and the separation of powers mean that there are numerous elections at different levels of government and for different offices as well as primaries and direct democracy. Americans vote ‘for the president to the local dog catcher’ in 80,000 units of government, leading to ‘permanent’ campaigns and ‘bed-sheet ballots’, leading to a sense of ‘democratic overload’ due to more than 100,000 elections taking place annually which may lead to voter fatigue, higher alienation levels and abstention through too many participation opportunity’s.

Don't use plagiarized sources. Get your custom essay on
“ Democratic Overload Explained ”
Get custom paper
NEW! smart matching with writer

In the USA, candidates for office are not chosen by the parties, but by voters in primaries and caucuses. This is the nomination process which take place every 4 years for the presidential election and every 2 years for the mid term congressional elections.

The huge number of elections for a wide range of posts from the president down to local civic officials and the resulting sense of permanent campaigning causes voters to switch off leading to high abstention due to voter apathy and boredom.

Although more people do participate in the nominating process than 40 years ago, the turnout in the presidential primaries vary from one election cycle to another. In a year when an incumbent president is running for re-election and therefore only one party has a genuine nomination contest, turnout in the primaries is only around 17%.

Democratic overload is one reason for the law turnouts of us elections. Apart from the federal and state elections, there are also the primary and caucus elections and increasingly voters are invited to vote on initiatives, propositions at local level and possibly in recall elections. For example, The 2003 California gubernatorial recall election was a special election permitted under California state law. It resulted in voters replacing incumbent Democratic Governor Gray Davis with Republican Arnold Schwarzenegger. This could be contrasted with other democracies, such as the UK, where the opportunities to vote are far more restricted. 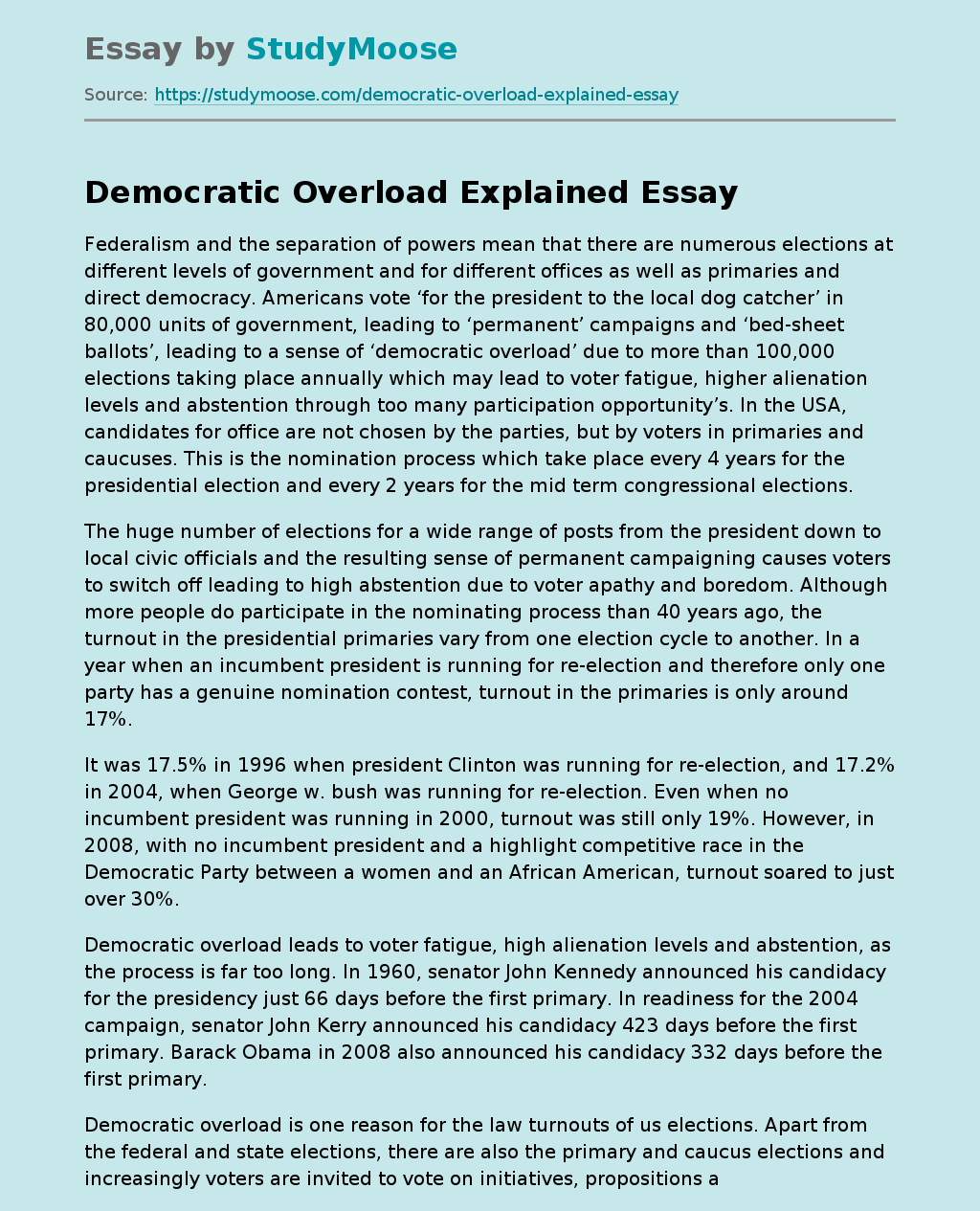