Don't use plagiarized sources. Get your custom essay on
“ Deep Water in Deep Trouble ”
Get custom paper
NEW! smart matching with writer

Instead, these things were not checked and lives were lost, the economy and the environment were affected by this ordeal. When signs of the problems started showing up, there should have been action taken to get everyone off the ship safely and quickly.

Concurrent control would be the next thing that should have happened. Since the ship was so large and going to do such as big job, someone should have been assigned to watch the gages carefully and check all of the little things that make the ship run.

Maybe if the problems would have been addressed in a timely manner, the incident could have been prevented or not as tragic. After it was all said and done is where feedback control steps in to place. By taking notes of the signs, what happened and possible ways to prevent it in the future would have been significant information. These kinds of documents could help others in the future and be a lesson to BP to have an inspection before leaving the dock.

Using exhibit 10-2 explain what BP could have done better.

By measuring the actual performance there could have been a test run of the ship on the course to its destination. Upon taking off, there could have been smaller ships that followed alongside to make sure there was safety if the ship had any problems. In doing so, the operator of the ship could have learned about the glitches beforehand which may have prevented the explosion. By doing a practice run, they might have been able to see the problems and put this particular job on halt until the errors were repaired. Another key element would be making sure their CB radios worked and called the right location.

Once the practice run was in progress, the leading manager could have assigned jobs to the other employees. These jobs could have included checking the bottom deck, watching gages, and watching for any potential threats in the water. Each employee could have filled out a report to show what they inspected and what the outcome was of the inspection. If a section did not pass the inspection, the manager would have knowledge of what needed attention. Then the ship could have been prepared to go on their journey.

Once the manager gave out the instructions on what to fix and assigned people to those jobs, another inspection could have taken place. This inspection would be to re-check the problem areas for proper corrections. Then, if all of the parts passed inspection, they would know the ship is in top condition to set sail on their trip. Schedules could have been made out for certain people to check on the areas that had problems. By assigning certain individuals, it could have helped keep better track of complications. Why do you think company employees ignored the red flags? How could such behavior be changed in the future?

I think there are several ways the red flags may have been overlooked. One possible way would be poor job training. If you aren’t trained to know what something is supposed to look like or how it is supposed to work then you wouldn’t know what a problem is you saw one. It seems more and more employees have little training when being hired on to a job. That, or they just do not pay attention to what their trainer tells them. By not knowing the proper ways to do things could lead to more on the job accidents, like what happened with the BP ship. Another reason that it could have been overlooked is laziness. While the report says the problem went unnoticed until after the fact, doesn’t necessarily mean that someone did not see the problem and think it wasn’t a big enough problem to hurt anything. I think this kind of practice is becoming more common which is a scary thought.

There are several ways to prevent such behavior in the future. The way the employees interact when they are trained is most likely a glimpse into their work ethic. It is not wise to show them shortcuts or easier ways to do things in case they are on the job and need to know the correct way of doing the job. If they were to be taught an easier way and a problem arose it could cause an even bigger problem or possibly an injury. It could also leave them clueless as to what to do when they are on their own in the job. Another idea, would be to have regular meetings on the ship that are mandatory for all staff to attend. In these meetings the management team could address the rules, what is expected of the other employees, and where the ship is headed. What could other organizations learn from BP’s mistakes?

A few things that other organizations could learn from this mistake is to always check for red flags. When you check your work, you have less of a chance of something going wrong. Another thing would be communication. Communication is always important, but even more so in business. When employees communicate with one another they stay better informed and sometimes learn more about their jobs from others. Communication also helps employees to know what their job is and in what areas need progress.

By enforcing strict rules, it would help companies to keep their employees more focused on their jobs which will help the company be more successful. When a company sticks by the enforced rules, there is less of a chance of employees thinking they are able to slack off or take advantage of their positions due to fear of consequences. I think when managers pick favorites they allow them to bend or even break the rules. I believe that all managers should treat all employees equally and not cut slack to certain people. When this happens, it causes other employees to be hostile towards those employees and the managers that do it, which makes a lot of them not want to do as good of a job. 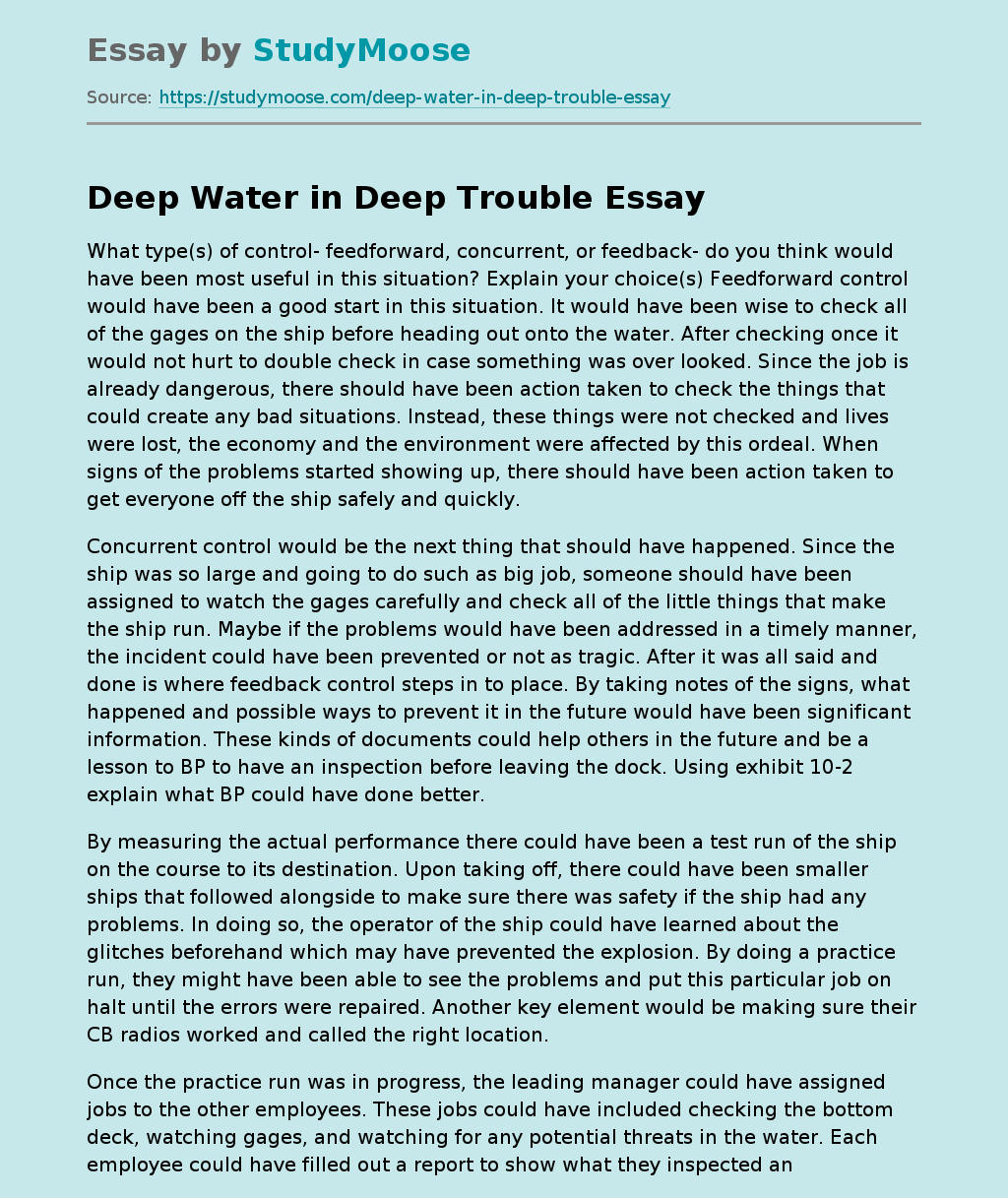