Today’s students get a sense of cultural history mainly because the society they are a part of is permeated by aspects of the cultural history of many different ethnic groups. The media is primarily responsible for this. For younger persons, including those of college age, persons of many different ethnic and racial groups are seen in TV programs and movies in such roles as newscasters or contestants on game shows.

In the past couple of decades, individuals from many different ethnic and racial backgrounds have come to be seen so frequently in all parts of society that their presence is taken for granted.

Don't use plagiarized sources. Get your custom essay on
“ Cultural History and Different Ethnic Groups ”
Get custom paper
NEW! smart matching with writer

In some cases, individuals of minority groups have been given government positions where they have high visibility.

Colin Powell, former President Bush’s Secretary of State, is one such individual. When others in society see Powell as a black man gain such a high and visible position, awareness of the millions of others of this racial minority becomes a part of the lives of all members of society.

Minority performers in the field of popular entertainment have played an especially important role in increasing the sense of cultural history in college and high school students.

Rap music has done much to make younger white persons aware not only of the talents, but also the culture and feelings of blacks. Ricky Martin and Jennifer Lopez have made college students more aware of Hispanics.

Cultural History and Different Ethnic Groups. (2020, May 12). Retrieved from https://studymoose.com/cultural-history-and-different-ethnic-groups-essay 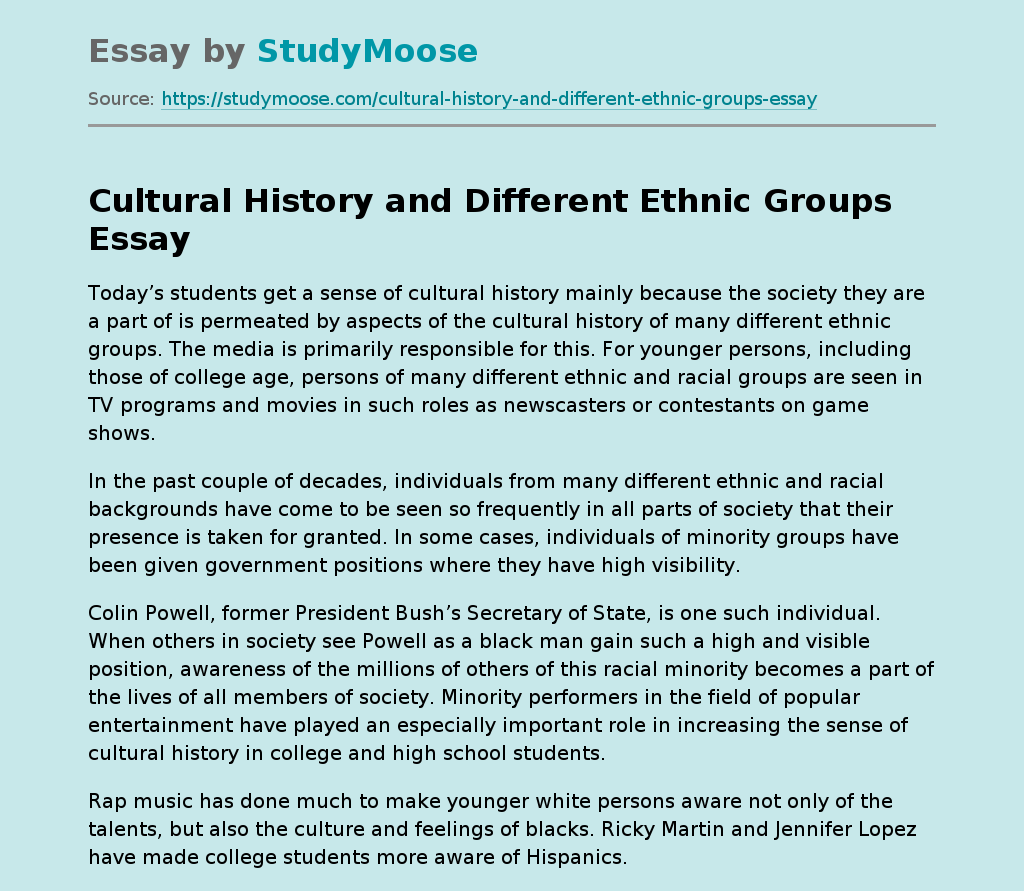