The project began in Ivrea, Italy (the site of the computer company Olivetti), in 2005 to make a device for controlling student-built interaction design projects less expensively than other prototyping systems available at the time. As of February 2010 more than 120,000 Arduino boards had been shipped. [6] Founders Massimo Banzi and David Cuartielles named the project after Arduin of Ivrea, the main historical character of the town. [7] “Arduino” is an Italian masculine first name, meaning “strong friend”.

The English version of the name is “Hardwin”.

Don't use plagiarized sources. Get your custom essay on
“ Cross-Platform Software Arduino ”
Get custom paper
NEW! smart matching with writer

[8] The Arduino project is a fork of the open-source Wiring Platform. Wiring was created by Colombian artist and programmer Hernando Barragan as a master’s thesis at the Interaction Design Institute Ivrea, under the supervision of Massimo Banzi and Casey Reas. Futhermore, Wiring is based on Processing and its integrated development environment created by Casey Reas and Ben Fry. [9] “| Arduino was built around the Wiring project of Hernando Barragan.

It is designed to introduce programming to artists and other newcomers unfamiliar with software development. It includes a code editor with features such as syntax highlighting, brace matching, and automatic indentation, and is also capable of compiling and uploading programs to the board with a single click. There is typically no need to edit makefiles or run programs on the command line.

The Arduino IDE comes with a C/C++ library called “Wiring” (from the project of the same name), which makes many common input/output operations much easier. Arduino programs are written in C/C++, although users only need define two functions to make a runnable program: * setup() – a function run once at the start of a program that can initialize settings * loop() – a function called repeatedly until the board powers off A typical first program for a microcontroller simply blinks a LED (light-emitting diode) on and off.

For the above code to work correctly, the positive side of the LED must be connected to pin 13 and the negative side of the LED must be connected to ground. The above code would not be seen by a standard C++ compiler as a valid program, so when the user clicks the “Upload to I/O board” button in the IDE, a copy of the code is written to a temporary file with an extra include header at the top and a very simple main() function at the bottom, to make it a valid C++ program. The Arduino IDE uses the GNU toolchain and AVR Libc to compile programs, and uses avrdude to upload programs to the board. For educational purposes there is third party graphical development environment called Minibloq available under a different open source license. 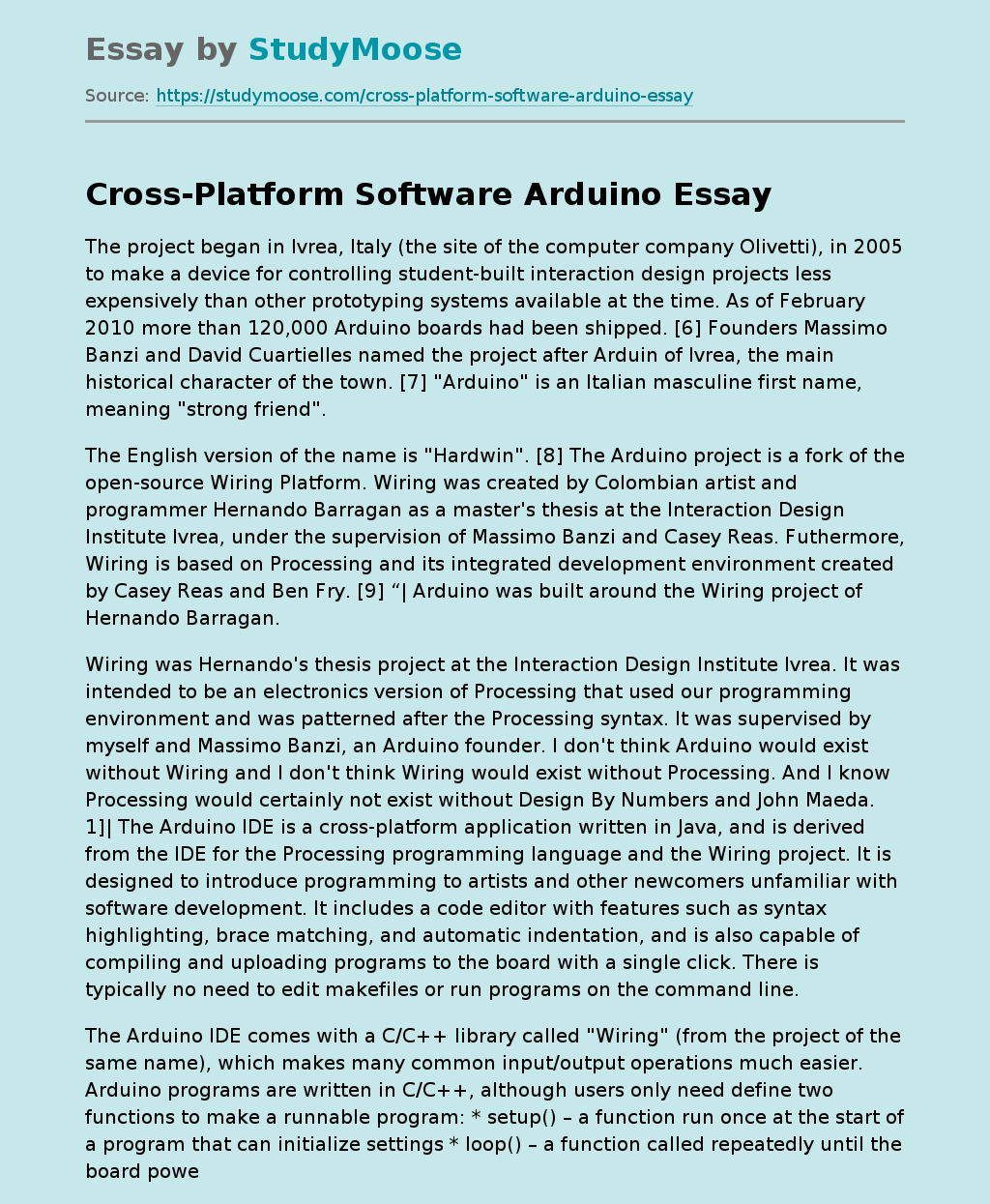