The Elegant Universe is a book, also adapted into a television broadcast, in which Brian Greene introduces and discusses the string and superstring theory. Greene discusses the essential problem facing modern physics: unification of Einstein’s two theories, general relativity and quantum mechanics. He suggests that the string theory is the solution to these two conflicting theories. Albert Einstein, throughout the last thirty years of his life, was determined to pursue a single theory so powerful that it would tie all of nature’s forces into one statement.

Don't use plagiarized sources. Get your custom essay on
“ Critique: The Elegant Universe by Brian Greene ”
Get custom paper
NEW! smart matching with writer

Unfortunately, Einstein was much ahead of his time. It was not until after his death that his dreams were realized and physicists were considering a new theory: the superstring theory. There are two fundamental parts of modern physics.

There have been three pivotal conflicts encountered during the past century, each of which our understanding of the universe has been widened and revised. I will not go into details of each of the conflicts, except to say that each of the conflicts were resolved with a new concept. As physicists learned and discovered more and more about this string theory, they found out that there were five. Each one involves different mechanical detail, but they all have one thing in common: vibrating strings.

Edward Witten, aided by others, finally revolutionized string theory by successfully uniting these five different versions into a single theory.

Finally the string theory was one. They called this new united theory the M theory, a development that required a total of eleven dimensions. The eleventh dimension is different from all the others, since it implies that the strings can come in higher dimensional shape called membranes. In principle, they can be as large as a universe. It is hypothesized to even be a universe – a parallel universe – and we may be living in one right now. Though there is much more to learn about our elegant universe, the string theory has helped us understand a lot more, and united many theories in the process. 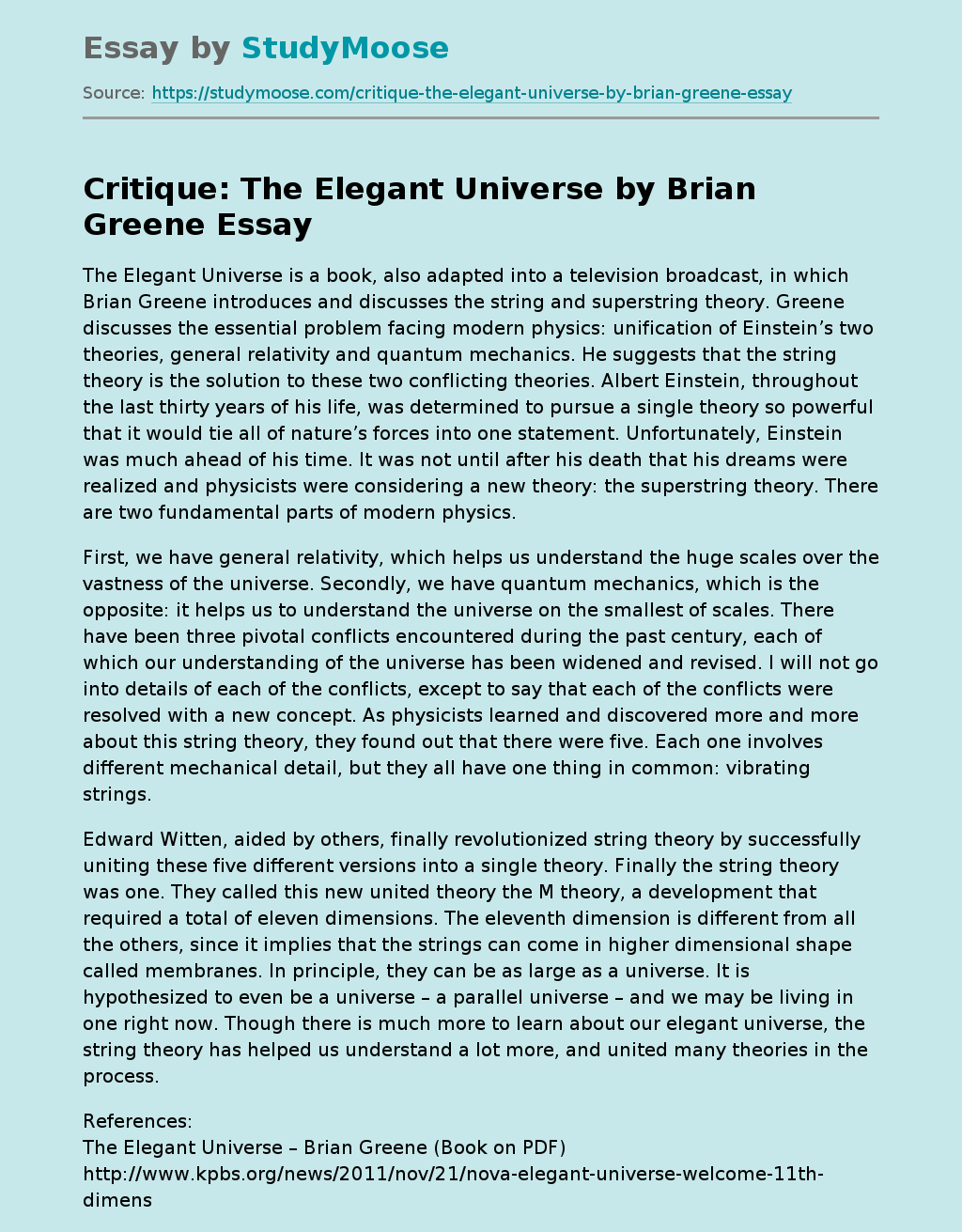