Immanuel Kant published his book the Critique of Pure reason in 1781; it could be noted that he used old fashioned and theological words in writing this particular book. According to most of the readers, his book was a difficult book because it was full of complicated terminologies however, because of the fact that the informations presented there are all beneficial, the said reading material has been one of the most sough after reading by several professors of philosophy and reasoning subjects.

Don't use plagiarized sources. Get your custom essay on
“ Critique Of Pure Reason – Immanuel Kant ”
Get custom paper
NEW! smart matching with writer

About the Book Kant’s philosophical method is under transcendental idealism, this is a philosophy, which is concerned with the priori, or intuitive basis of knowledge is through experience or in other words his philosophical method is mystical or supernatural. In the critique of pure Reason, Kant made an effort to create a science of metaphysics, mathematics, and even Physics. Summary and Content This book primarily talks about the different kinds of philosophy, different meanings, and brief definitions to the principle of science that leads to a brief argumentation of the authors’ theory and perspective.

The major role of pure reason is to explore the power, and to study the limits of reason, this will leads to the extensive examining of the various activities of the mind. There are many activities considered in the article, some of it are the brief explanation about the study that the mind can receive information, which is not provided by the senses, and also that the mind can usually arrange sensory experience.

The foundation of knowledge is very huge it can create various ideas that can be beneficial in part of philosophical theory; to easily understand the theories and perceptions given by Kant some of his examples regarding to his subject was given greater explanation. But Kant wanted to transform nature of reality and including the relationship between mind and matter into science thus in this situation it really awakes the power of speculation.

In greater thinking by exercising and exploring knowledgeable things it always created critical criticism but in the same time developing its substance regarding to the philosophy and science, this will introduced different meaning as well as understanding to the society. The process of writing of Kant primarily made this notion possible to occur. Reference: Immanuel Kant. (1999). Critique of Pure Reason. Cambridge University Press. 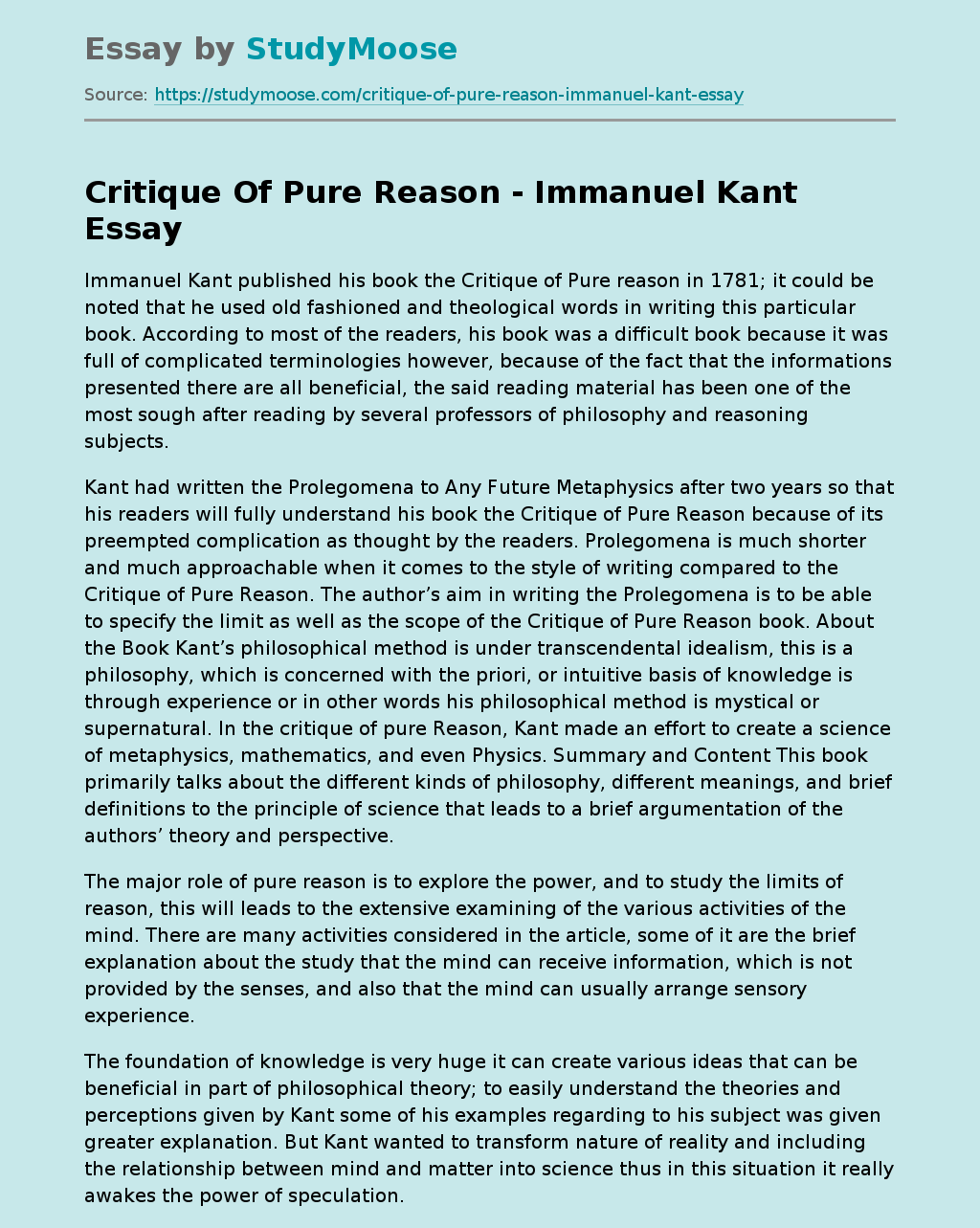