Jealousy is explored in the song Jealousy by 702 in numerous ways. The two obvious ways are, one the title and the repetition of jealousy in the chorus and in the verses. Jealousy is defined by the Macquarie Dictionary as – resentment against a successful rival or the possessor of any coveted advantage. In this song the jealousy stems from women who envy the singer of her success in finding a partner. The singer believes the women want to be her as is continually repeated in the chorus – ‘THEY’RE JUST WISHING THEY COULD BE ME.

’ This is further empathized throughout the song by the entire song being capitalized. Jealousy is further explored in the proceeding verses. Notably in the third verse – ‘TRYING TO TURN ME AGAINST YOU.’

In Othello the theme jealously is widely explored by two key main characters – Iago and Othello. Iago even admits ‘…and oft my jealousy,’ Act 3, Scene 3 – 148. Othello never openly admits to his own and even in his last speech he says ‘…one not easily jealous.

Othello by Shakespeare is similar to the song Jealousy by 702 in several ways.

Both explore the theme of jealousy especially that of envy. The song Jealousy through the women wanting to be the singer and in Othello Iago wanting to be Othello. Even the jealously Iago has towards Othello about him having Desdemona as a wife is explored in Jealousy through the lines – ‘THEY SAY YOUR BAD FOR ME. THEY SAY YOUR NO GOOD.’ In addition to this Iago’s wanting to be Othello – ‘THEY’RE JUST WISHING THEY COULD BE ME.’ Even down to the way that Othello believes Desdemona has cuckolded him and deems her untrustworthy – ‘JUST CAN’T BE TRUSTING THESE CHICKS THEY’RE SO QUICK TO BACKSTAB YOU.’

The text Othello and the song Jealousy are related in countless ways and both explore the theme of jealousy to an immense depth. 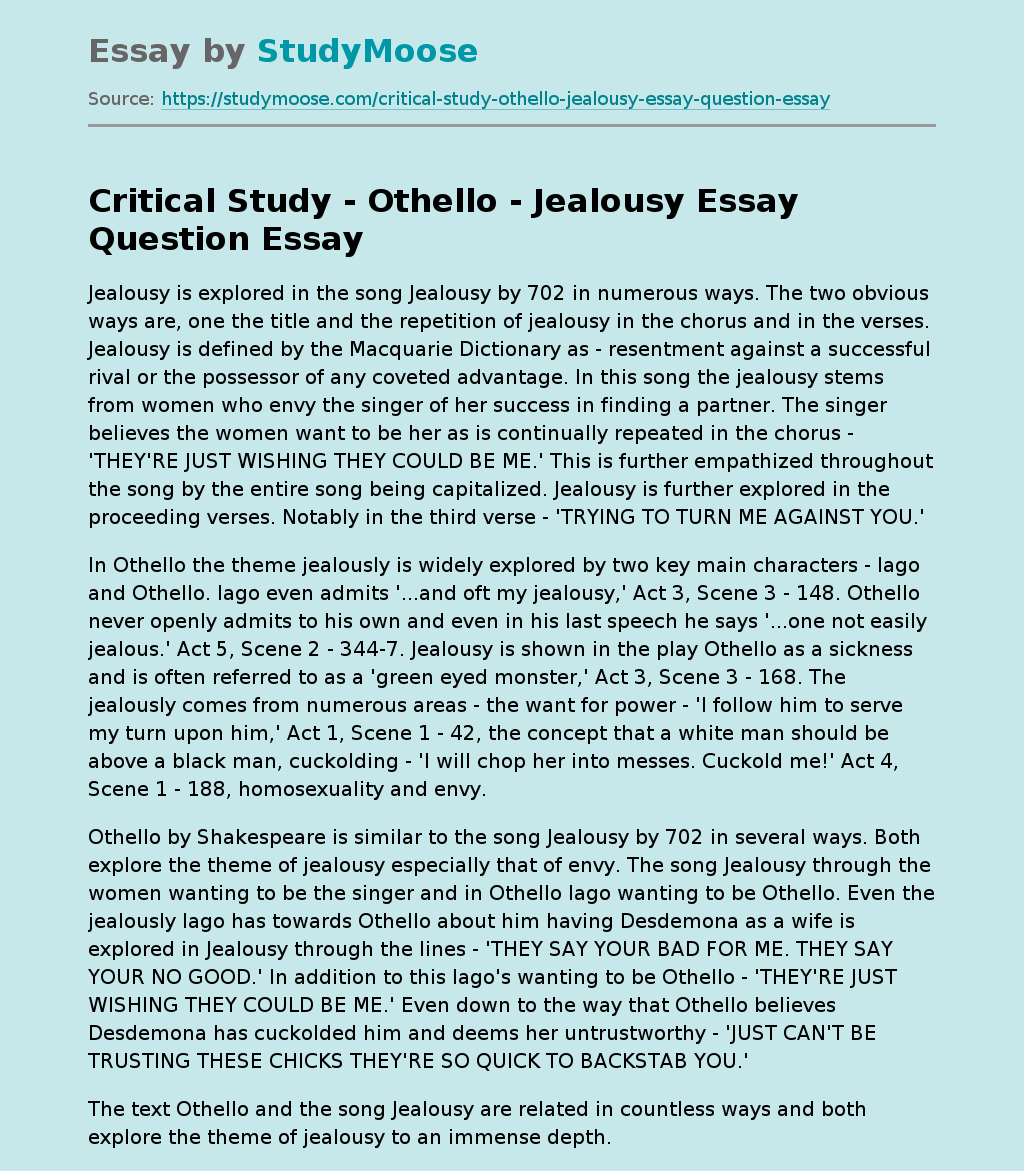