Western societies place a high value on personal achievement. The successful person reaches he top of their career, lives in a large detached house etc, etc. Not many working class people are able to reach this level of achievement. They are stuck in dead end jobs with no chance of promotion. Consequently, there is a greater pressure on them to become successful. Crime offers one way. A bank robbery can give them the life they have been hoping for.

This explains crimes that involve material goods, but what about crimes like vandalism.

Many crimes appear to be pointless. Some thefts also seem to be pointless, e.g. stealing light bulbs. They appear to be the subjects of status frustration. These people look towards crime as a ways of gaining status and prestige. The successful thief gains respect from his friends, as does the joy rider. The best fighter is also admired and respected by his peers.

Working class people are more likely to be arrested for crime.

There are a number of explanations for this.

An official report showed a link between crime and the state of their economy.

Working class people fit more into the image of the typical criminal. Therefore, there is a greater police presence around working class areas. There are also different boundaries of criminal activity between the class. E.g. university graduates wrecking a restraunt may be dismissed by the police as high jinks but if a crowd of football supporters did the same thing, it would be classed as hooliganism.

When they are tried, middle class crimes may be seen as a temporary lapse in behavior.

Middle class people in their jobs commit these. These are mainly bribery and embezzlement. Most of these crimes go undetected. Some of them are without victims and both parties see that they are gaining something. Sometimes there is a lack of awareness about the crime so it goes undetected. If they are detected, they often go unpunished. In general the higher in society you are:

* Less likely to be arrested,

* If you are arrested you are less likely to be prosecuted,

* If you are found guilty, you are less likely to be given a prison sentence.

This graph shows that four times as many crimes are committed.

This graph shows that nearly twice as many working class crimes are reported than middle class. 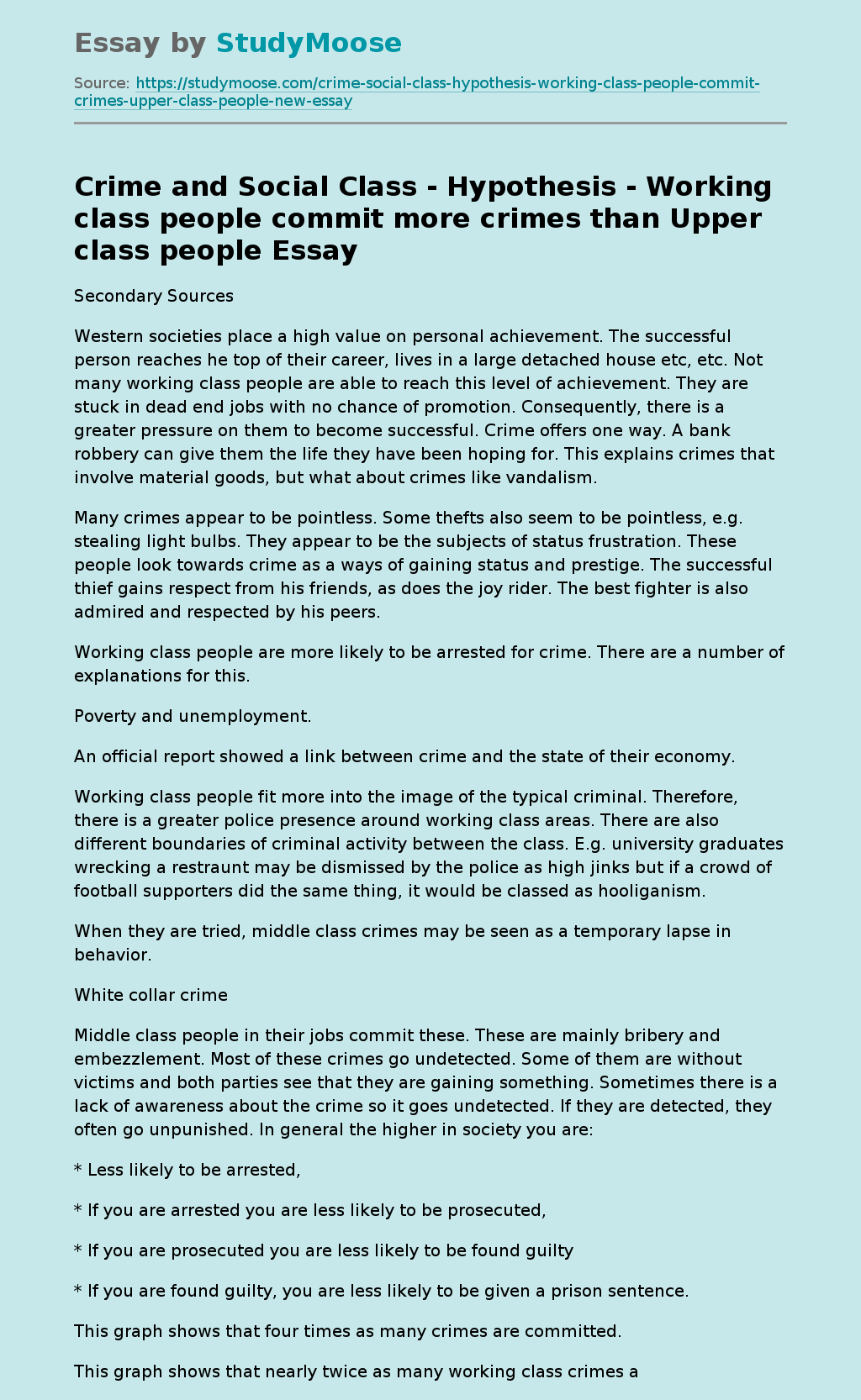