A 2013 study by Elizabeth Gershoff and her team (cited below) reviewed the previous two decades of research and confirmed that children who are spanked have less gray matter in their brains, and are more likely to exhibit depression, anxiety, drug use, and aggression as they get older. The only positive outcome that’s ever been shown from corporal punishment is immediate compliance; however, corporal punishment is associated with less long-term compliance. Corporal punishment has repeatedly been linked with nine other negative outcomes, including increased rates of aggression, delinquency, mental health problems, and problems in relationships with their parents.

Don't use plagiarized sources. Get your custom essay on
“ Corporal Punishment ”
Get custom paper
NEW! smart matching with writer

Large, peer-reviewed studies repeatedly show that the more children are hit, the more likely they are to hit others, including peers and siblings. As adults, they are more likely to hit their spouses. The more parents spank children for antisocial behavior, the more the antisocial behavior increases. All of the peer reviewed studies being published continue to confirm these findings.

A major study at Tulane University, published in Pediatrics controlled for other factors that have been found to contribute to aggressiveness in children, including the mother’s depression, alcohol and drug use, spousal abuse and even whether the mother considered abortion while pregnant with the child.

Spanking remained a strong predictor of violent behavior in the child. As five-year-olds, the children who had been spanked were more likely than the non-spanked to be defiant, demand immediate satisfaction of their wants and needs, become frustrated easily, have temper tantrums and lash out physically against other people or animals (http://pediatrics.

Quite simply, spanking produces WORSE behavior, not better behavior. It also begets more violence, because hitting children teaches them that it is acceptable to hit others who are smaller and weaker. “I’m going to hit you because you hit your sister” is a hypocrisy not lost on children. As every parent knows, kids do what we do, not what we say.

I strongly believe that permissiveness without limits creates children who are unhappy, undisciplined, and impossible to live with. But discipline means “to teach.” If we’re serious about raising good kids, we need to use methods that teach kids to manage themselves. Spanking does not do that. Instead, it teaches kids to be afraid of us, which is no basis for love. It teaches them to be sneaky so they won’t be caught doing something wrong. It teaches kids that they are bad, so they are more likely to behave badly. It teaches kids to use violence when they want to solve a problem. And it keeps them from taking responsibility to improve their own behavior, because they “externalize the locus of control,” which means they only behave because an authority figure makes them, rather than behaving because they want to. I haven’t seen any research on this, but my anecdotal report is that if you talk to people in prison, you’ll find they were all spanked.

The unfortunate thing is that spanking not only doesn’t work, it is totally unnecessary. When children are raised with age-appropriate expectations and limits accompanied by empathy, they tend to behave and cooperate. Those children don’t need much in the way of discipline at all, and they become self-disciplined adults. (Want more info on how to guide your kids without spanking?)

What about Proverbs 23 (Do not withhold discipline from a child)? I’m no expert on the Bible, but here are two articles you’ll want to read.

So next time you get so angry you want to hit someone, tell your kids you’re taking a timeout and you’ll deal with them later. Then go into the bathroom, run the water, and calm yourself down. Use the time to get calm, not to justify your anger. When you come out, tell them you need to think hard about what they did, but right now you need to fix dinner (do the laundry, whatever.) Tell them you need them to be little angels, and you will talk when you are all calm later. Then follow through.

Your discipline and teaching will be so much more effective. They’ll learn a lot better when they aren’t in the flush of flight or flight hormones. And you will be so grateful to see yourself becoming the kind of parent every child deserves. (For more on this, see For Parents: How to Handle Your Own Anger.)Elizabeth Gershoff is recognized as the leading researcher on spanking in the United States today. Here’s her most recent report: Report on Physical Punishment in the United States: What Research Tells Us About Its Effects On Children.

To Spank or Not to Spank?

The idea behind parental discipline is to ultimately create self-discipline within your child. That means the kid has to learn something — your value system and the difference between right and wrong — that will guide him or her throughout life.

So what do kids learn from being spanked? The hitting itself doesn’t teach them anything. Whether you believe in physical punishment or not, Dr. Phil has some disciplining tips and alternatives to spanking:

To Spank or Not to Spank? Read Dr. Phil’s blog and weigh in!

•Don’t take out your frustrations while spanking. Ask yourself if the spanking is truly warranted because of the child’s behavior, or whether it’s an excuse for you to have an adult temper tantrum? Are you more prone to spank when you are in a bad mood?

•Make a commitment to your child’s discipline. You have to do what you say you’re going to do. Consequences should be highly predictable for your child.

•Define your child’s currency. What does he/she value? You can withdraw a positive (take away a favorite toy) or introduce a negative (giving a time-out) event — but be consistent.

•Develop a child-level logic. For example, kids know that you are less likely to discipline them in public, so that’s where they’ll act out.

•When you have a confrontation with your kid — don’t ever lose! They will miss out on the opportunity to learn an important lesson if you cave in and let them get away with a behavior that is unacceptable.

•Two things you should NEVER say to your child if you want him/her to behave are: “I’ll give you something to cry about,” and “Wait until your father gets home.” Children can see through idle threats and will eventually ignore them. They will also take advantage of the fact that one parent doesn’t want to deal with doling out the discipline and tries to hand it over to the other parent. 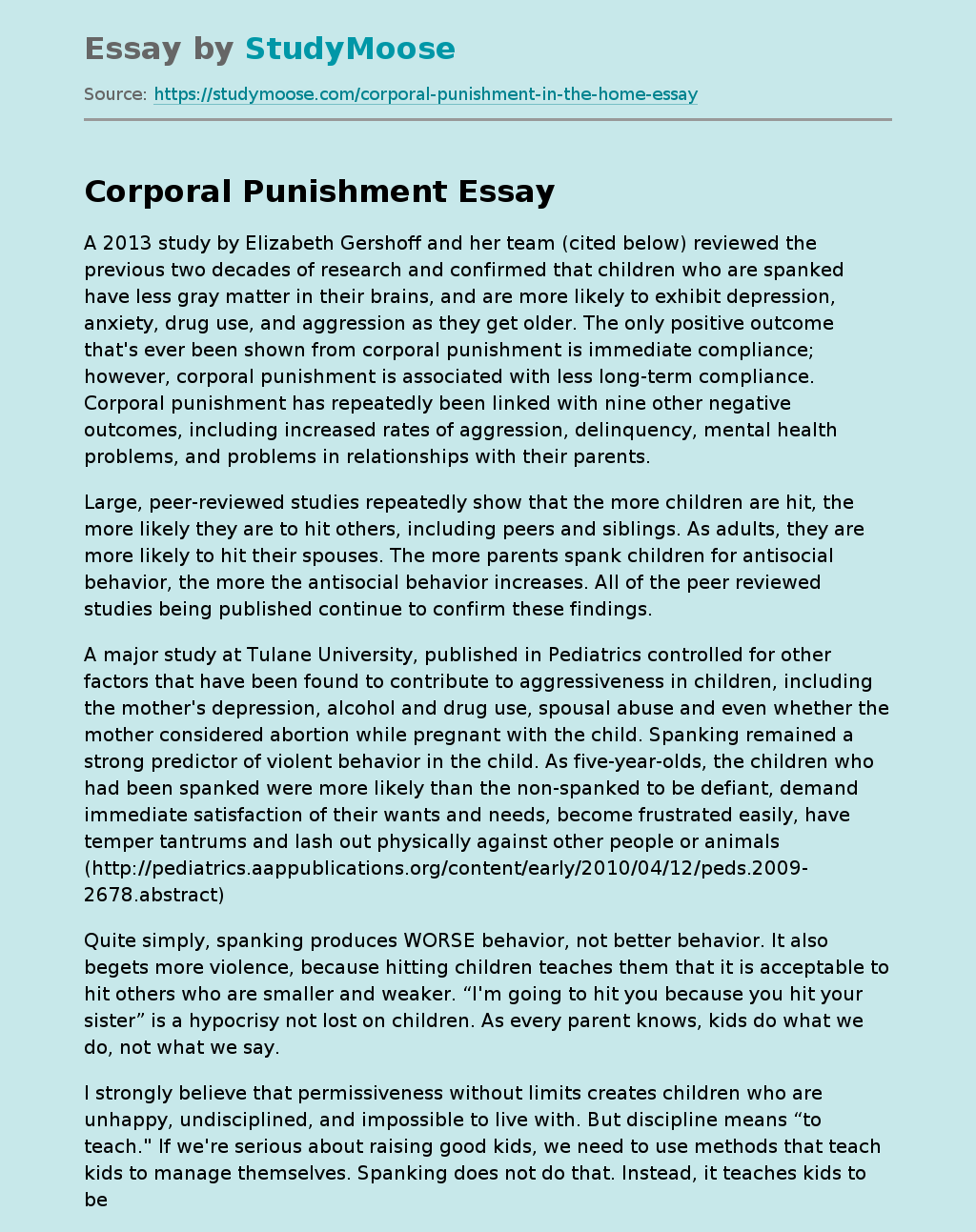