The agenda of this convention started out with a draft that was presented by James Madison and his colleagues. This draft became known as the “Virginia Plan”. In this plan it was proposed that they scrape the articles of confederation in favor of a central government. Within this plan the power of each state would be reduced and the federal government would increase its power and control. Along with this draft another provision was introduced that caused quite a stir within the smaller populated states.

Don't use plagiarized sources. Get your custom essay on
“ Constitutional Convention of 1787 ”
Get custom paper
NEW! smart matching with writer

A bicameral legislature with all seats portioned by population was proposed. Allowing this Senate to lead all foreign affairs, assemble a council of revisions that would have the power to veto both national and state legislation. James Madison, the “Distracting Question” in Philadelphia (1787). Faragher, Buhle, Czitrom & Armitage, (2009, p. 185)

The opposition proposed a plan drafted by William Patterson. This plan became known as the “Virginia Plan”, this plan was also to increase the federal government’s power and control, but with a twist.

They wanted a single house congress where each state was represented equally, not dependent upon population. Also listed was an agreement between the North and South. Southern delegates wanted protection for slavery. Without it the southern states economics would fail in the trading industries. They also requested a provision for the return of all fugitive slaves they fled to the “Free-North”. The southern states also requested that the slaves be counted for proportional representation.

The resolution: Representation would be proportioned to population within the House, with equal representation to each of the states in the senate.

A strong national government was developed through this compromise. The northern states who wanted a central government with the power to regulate commerce agreed to the ‘three-fifths rule’ when counting slaves in the southern states. But the southern states must accept the commerce clause introduced by the north. Also included in this provision for the south was the prevention of any federal restrictions on the importation of slaves for 20 years.

Faragher, Buhle, Czitrom & Armitage. (2009) Out of Many, A History of the American People (volume 1). New Jersey, Prentice Hall 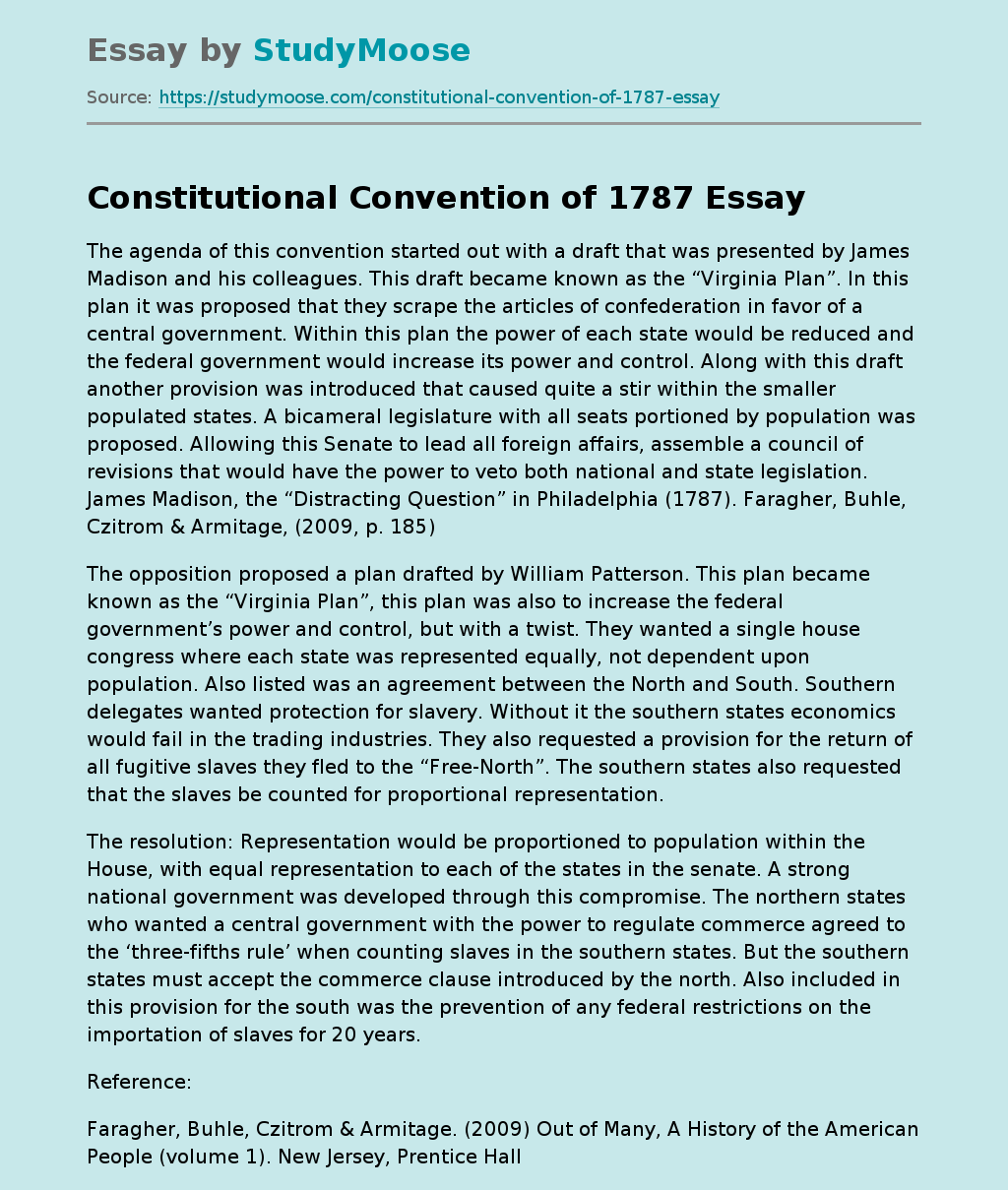