Conrad's "The Heart of Darkness" and Coppola's "Apocalypse Now"

This paper presents critical reviews of the novel by Joseph Conrad and the film by Francis Coppola, focusing on the theme of confrontation of cultures.

Inherent inside every human soul is a savage evil side that remains repressed by society. Often this evil side breaks out during times of isolation from our culture, and whenever one culture confronts another. History is loaded with examples of atrocities that have occurred when one culture comes into contact with another. Whenever fundamentally different cultures meet, there is often a fear of contamination and loss of self that leads us to discover more about our true selves, often causing perceived madness by those who have yet to discover.

Don't use plagiarized sources. Get your custom essay on
“ Conrad’s “The Heart of Darkness” and Coppola’s “Apocalypse Now” ”
Get custom paper
NEW! smart matching with writer

The Puritans left Europe in hopes of finding a new world to welcome them and their beliefs. What they found was a vast new world, loaded with Indian cultures new to them. This overwhelming cultural interaction caused some Puritans to go mad and try to purge themselves of a perceived evil.

This came to be known as the Salem witch trials. During World War II, Germany made an attempt to overrun Europe. What happened when the Nazis came into power and persecuted the Jews in Germany, Austria and Poland is well known as the Holocaust. Here, humanis evil side provides one of the scariest occurrences of this century. Adolf Hitler and his Nazi counterparts conducted raids of the ghettos to locate and often exterminate any Jews they found. Although Jews are the most widely known victims of the Holocaust, they were not the only targets.

Conrad's "The Heart of Darkness" and Coppola's "Apocalypse Now". (2020, Jun 01). Retrieved from https://studymoose.com/conrads-the-heart-of-darkness-and-coppolas-apocalypse-now-new-essay 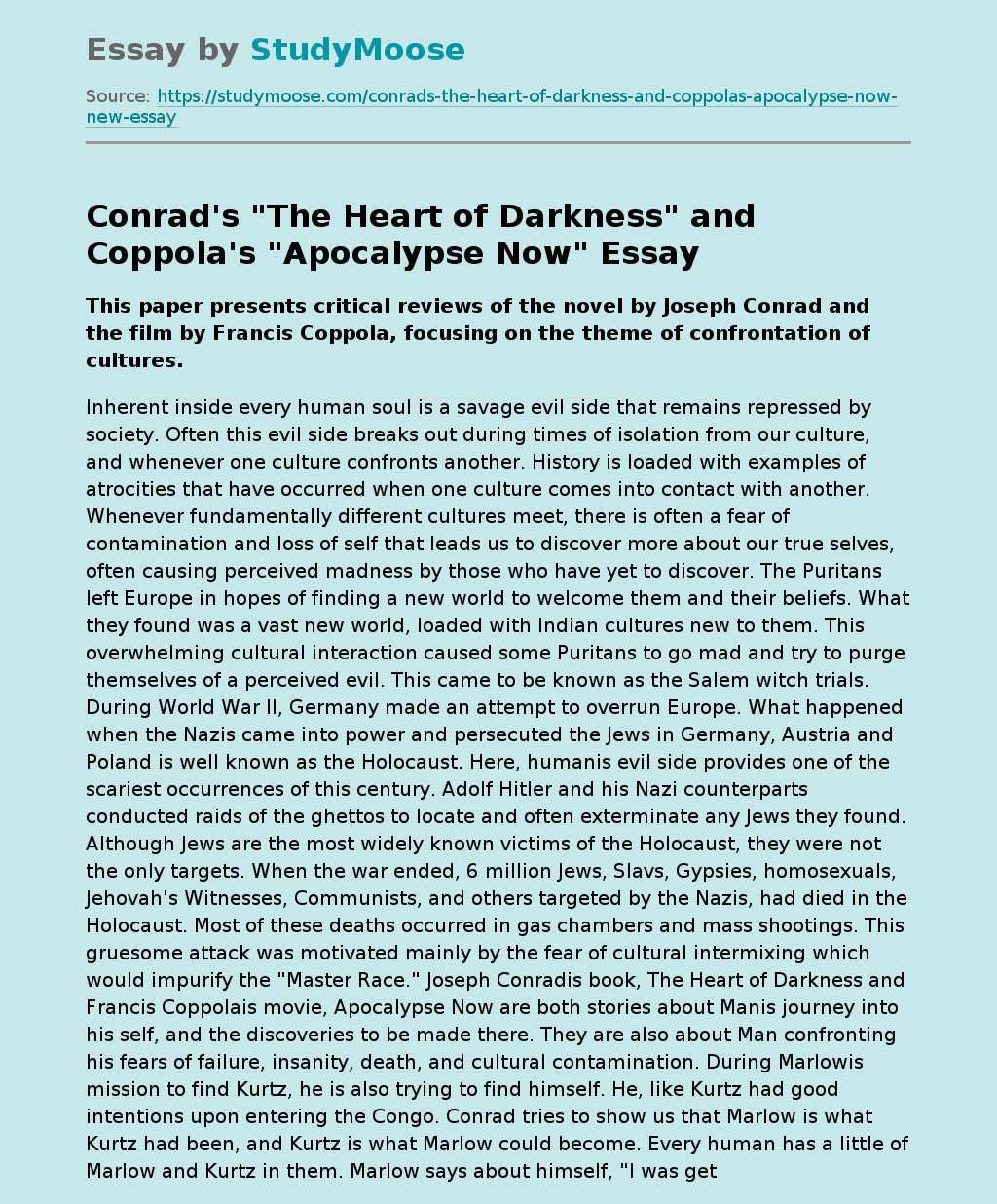