Today, many firms are enjoying a monopoly of their products/services in the market.

Don't use plagiarized sources. Get your custom essay on
“ Complete monopoly ”
Get custom paper
NEW! smart matching with writer

Monopoly may be defined as the complete control over a commodity enjoyed by a particular company in the market. There will be only a solo manufacturer or provider of the commodity and customers have to depend on them whenever there is a demand since there are no substitutes available. As a result, such a manufacturer can have an absolute control over the price as well as quantity available in the market.

Another benefit enjoyed by the monopolies are that they do not face any risk of an opponent entering the market. In order to establish complete monopoly, usually companies take care of the following things:

Usually a commodity produced by the monopolies will be manufactured in fewer quantities only and their cost may be higher. Since there is no market competition, the advantages are mostly enjoyed by the manufacturers. Little are the benefits obtained by the consumers, since they have no choice when a demand arises.

The following are the main features of a monopoly market:

Even if a competitor wants to enter a market, it is a very difficult task.

There are various types of monopoly prevailing in the market. Various classifications have been made based on different criteria.

This section checks in detail the classifications:

Although many firms enjoy a monopoly over their products, seldom do such regulations benefit the customers, except for the case of public monopoly. Since there no competitions, the competitive advantage is also denied to the customers and mostly they are forced to buy the product despite their hesitation. However, monopoly is most enjoyed by the firms exercising it. 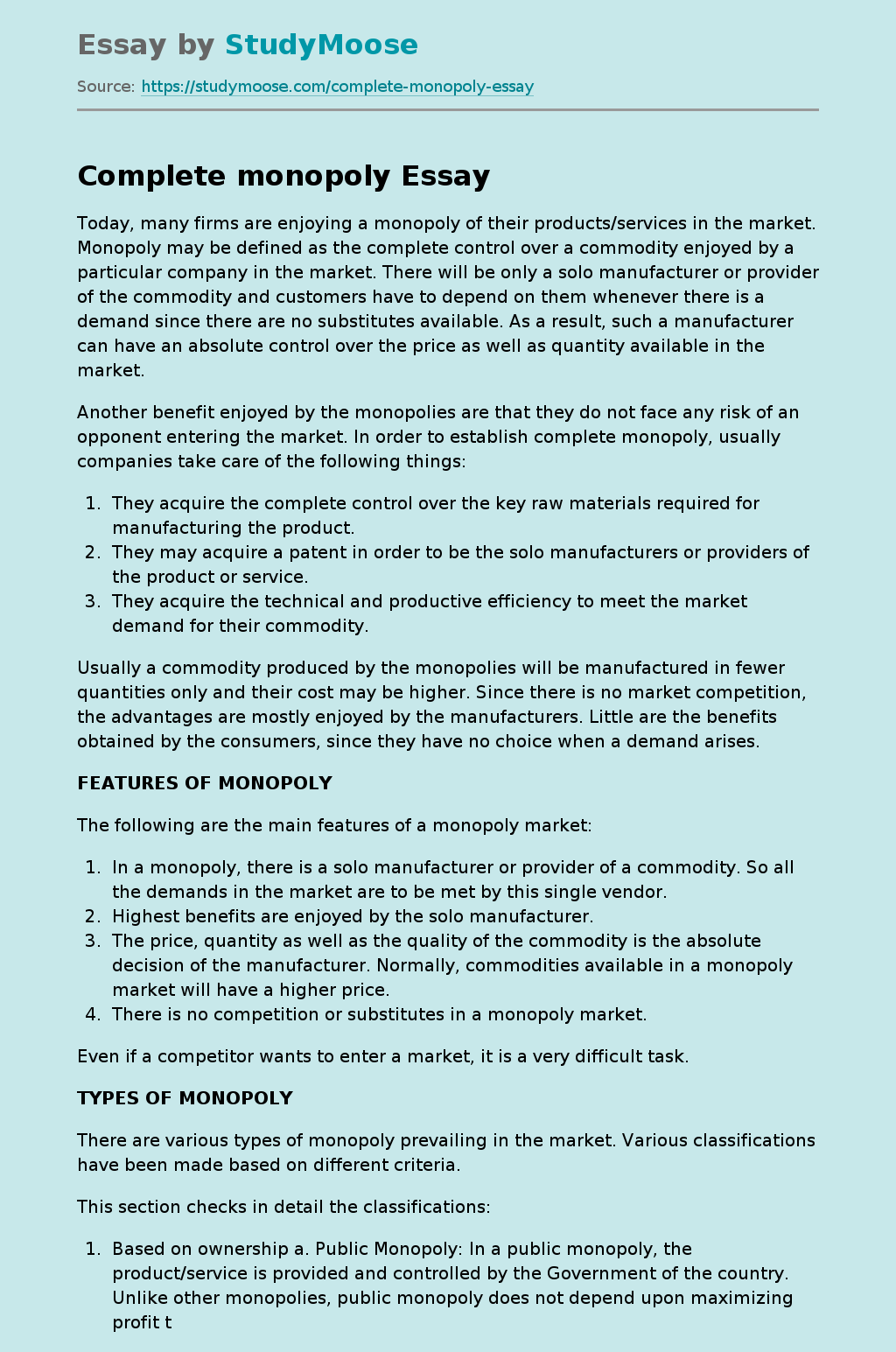