Don't use plagiarized sources. Get your custom essay on
“ Comparisons of Bill Gates and Steve Jobs ”
Get custom paper
NEW! smart matching with writer

Bill Gates was a very plain boring person. He loved to play poker and was a very wreck less person in his actions. Steve Jobs did not develop the original ideas of Apple; instead, Steve Wazniack was the original inventor of the Apple Computer. Both Bill Gates and Steve Jobs went to MITS wanting to test out the Altair, the owner of MITS gave both Steve and Bill a Altair unit, Bill had to talk the owner into giving him one though because Bill wanted a ,000 signing bonus.

Bill Gates goes to IBM and offers to license them an operating system called DOS, little did IBM know that they did not even have it yet, IBM is willing to buy a license to DOS. Therefore, Bill Gates buys DOS from a Seattle worker for $50,000; when the worker hears that he is willing to give him $50,000 dollars, his jaw hits the floor, and he sells it right away. Steve Jobs is a giant jerk to his employees. He makes them work 90 hours weeks, screams, and yells when they do not accomplish a huge task on a small deadline.

He made an employee so mad one time that the employee jumped up and slammed Jobs’ face off the wall. Bill gates on the other hand, is a very caring person when it comes to his employees, he is afraid to over work them and gives them lots of vacation time. Both men are married and have children. Steve Jobs’ tried to deny that he was the father of his first-born daughter Lisa. The Apple Lisa was named so because of her. 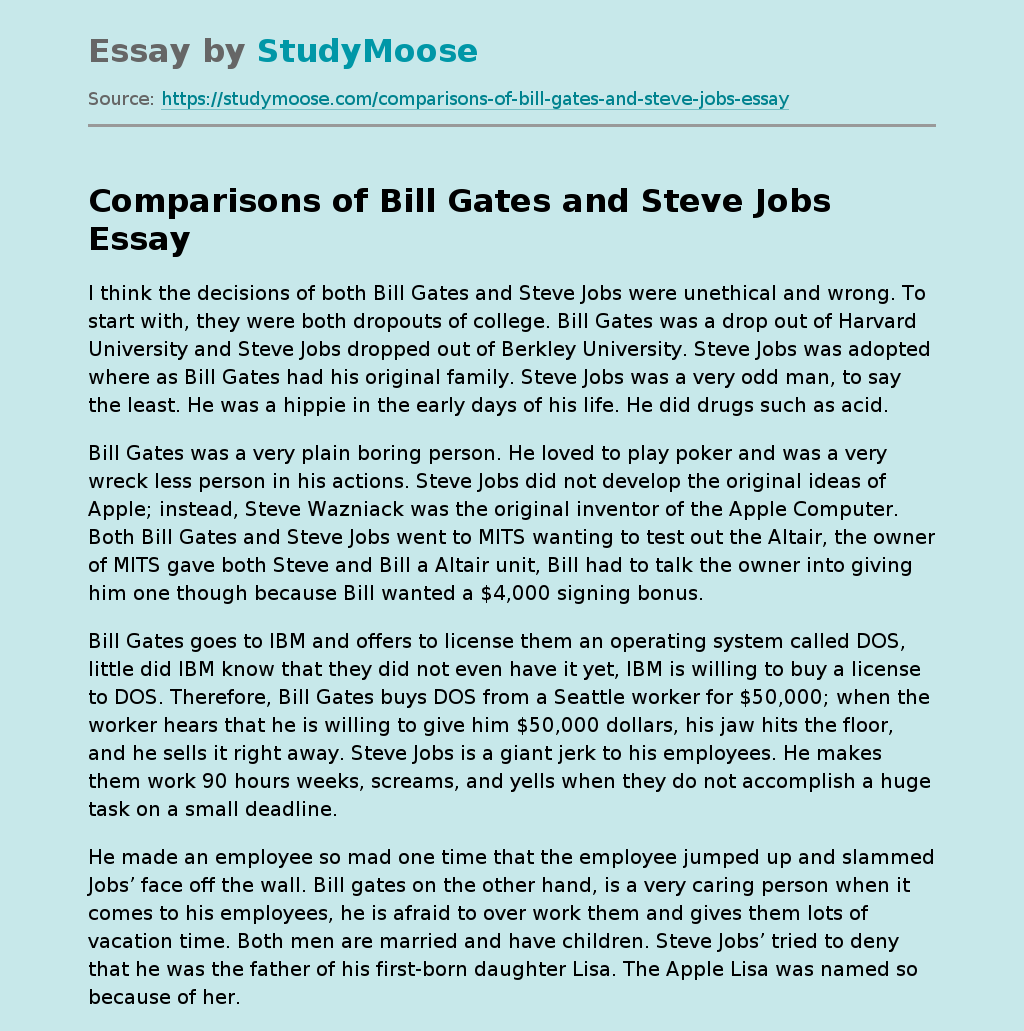