Comparing the Fall of Han China and Roman Empire

Han China and Rome were two of the most powerful and popular empires of their time, but they fell like any other empire before them. Han China and Rome’s Empires had the same causes for their declines, but their effects are different.

The major reasons for the fall of Rome are truly those that have to do with Rome’s political and economic state. One of the Rome’s problems prior to its fall was the lack of respect for authority, among the citizens and military forces.

Don't use plagiarized sources. Get your custom essay on
“ Comparing the Fall of Han China and Roman Empire ”
Get custom paper
NEW! smart matching with writer

All the attacks from the barbarians caused problems in the military. This basically led to a lot of political turmoil because of all the chaos that was born, and it started to make the military crumble as well. Rome’s economy started to go downhill too, after a long period of time, especially because of the gold. The Romans started using gold (coins) and because of that the trade shortage of the eastern regions of the Empire served to block the growth of wealth in the west.

The major reasons for Han China Empire’s fall were also because of their economic and political problems, but the effects are different. One of Han China’s problems was the uprising of desperate and hungry peasants. Another problem was their lack of authority to the Han government, which caused the economic problem. The Han Empire was being invaded by nomads, which were also known as barbarians. These barbarians kept invading the empire and made them have to keep fighting, and provide military forces.

This worsened the economy and Han finances. Han government had to hire foreign soldiers who only wanted to be paid for their services which made the economy even worse.

Comparing the Fall of Han China and Roman Empire. (2016, Dec 21). Retrieved from https://studymoose.com/comparing-the-fall-of-han-china-and-roman-empire-essay 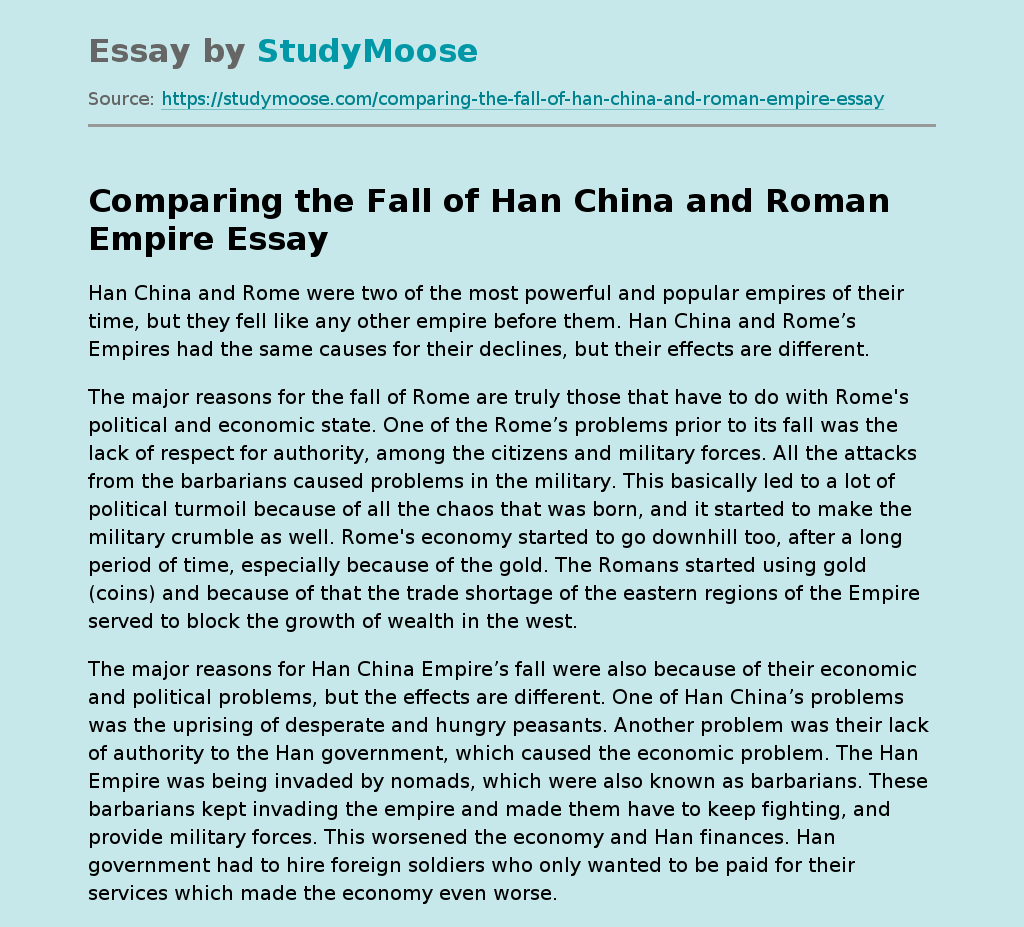