* First oil claims in Alaska made in the 1890, noted oil sea pages on iniskin bay and cold bay- not pursued by Russians * 1898- first Alaskan wells drilled in Iniskin Peninsula * Alaska’s first productive oil drilling operation was at Katalla, on the Gulf of Alaska, south of the Copper River delta * In 1911 several new wells in the district began to produce significant oil, costs not big enough to justify extraction * In 1960, following the statehood of Alaska and the creation of the state natural resources agencies, oil companies bought exploration leases for work in Cook Inlet * The boom in economic development and population growth after the discovery of oil was immediate and still continues Types of Development in Alaska

* Since statehood, Alaska has received $164 billion in revenues from oil * Development in the fishing industry- sea provides endless harvest worth billions of pounds.

Over 3 million lakes, 3000 rivers and 34 000 miles coastline- bountiful fishing regions in the world * Salmon fishing industry- worth $11 billion a year

* Alaska is unique state- economic development in it’s remote, petroleum based economy- resembles oil rich developing nations than other US states * Realtively small size of the Alaskan economy can discourage production for local use. * Geography wise- their location is at a disadvantage. Difficult to transport oil to other countries * Trans Alaska pipeline 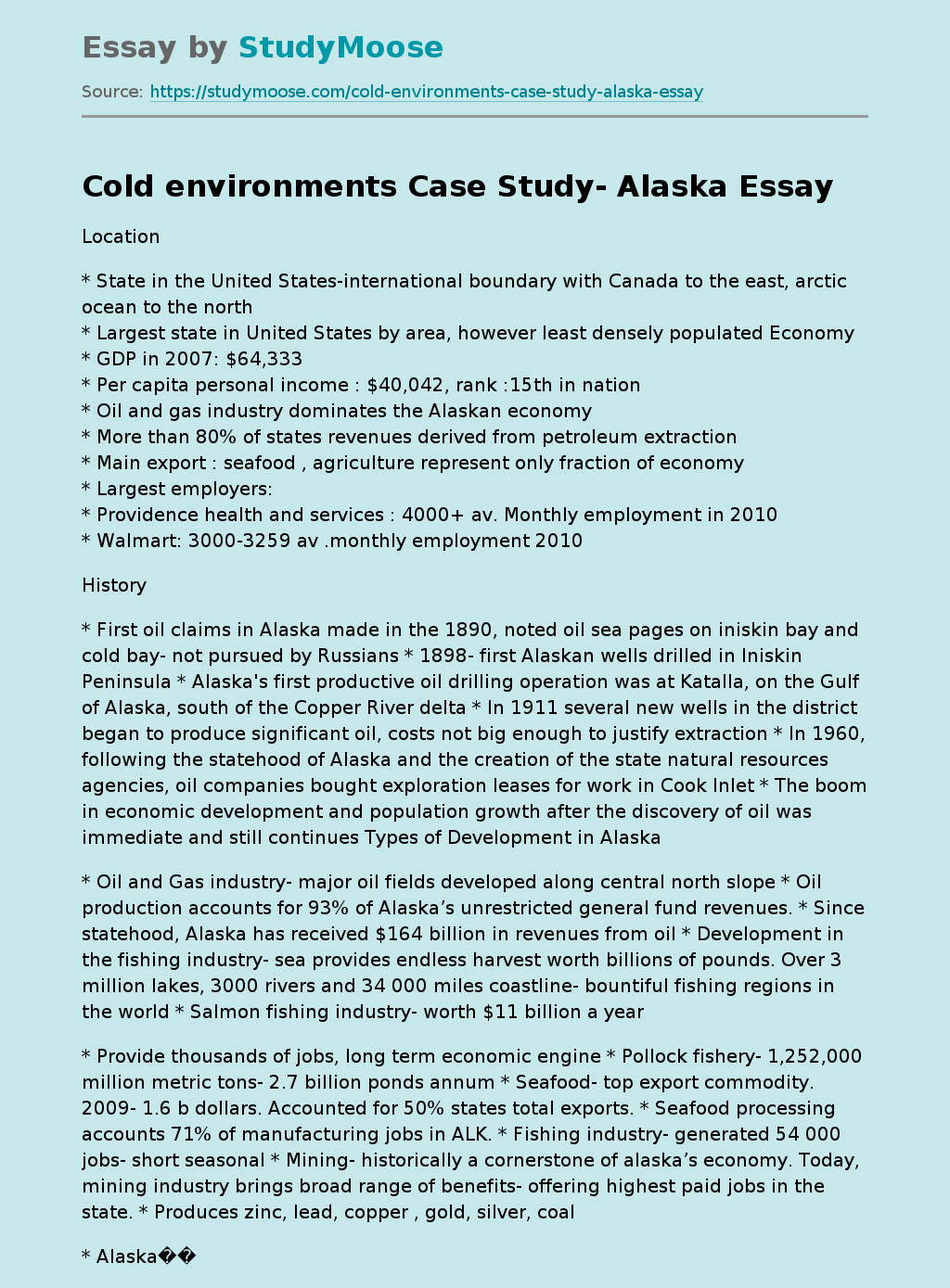