This case involves two instances of cancellation made by President William J. Clinton. The first involves the cancellation of the provision in the Balanced Budget Act of 1997 that prevented the Federal Government to collect taxes amounting to $2.6 billion levied against Medicaid providers by the State of New York  (Clinton v City of New York, 1997).

Don't use plagiarized sources. Get your custom essay on
“ Clinton v City of New York (97-1374) ”
Get custom paper
NEW! smart matching with writer

The second involves the cancellation of a provision in the Taxpayer Relief Act of 1997, which allows certain food processors and refiners to defer the recognition of their capital gains when they sell their stocks to eligible farmers’ cooperative  (Clinton v City of New York, 1997).

The issue is whether the President’s exercise of the Line Item Veto Act to selectively cancel portions of a bill violates the Presentment Clause of Article I.

What he did was a mere amendment because of his cancellation of only portions of the statute. This is very dangerous since it gives the President that much power in the laws that there are.

The dissenting opinion included that the act of the President with regard to the Line Item Veto was not in violation of any part of the Constitution. There were no parties that are held to be in challenge of the President’s power.

In addition to this, it does not violate the separation of powers doctrine and is just a simple experiment, as they may see, to make the government work better.

The decision of the Court in this case is appropriate, as can be seen from a personal point of view, since it has considered the details of the case. The President can not go beyond its boundaries because rules have been set and the Framers of the Constitution has set it to be that way because that is the best fit they see for the country. The provisions that place the President with such responsibilities have good reasons that can not be simply ignored for the sake of finding better ways because there had been rules set to make things better as can be seen to be fit. 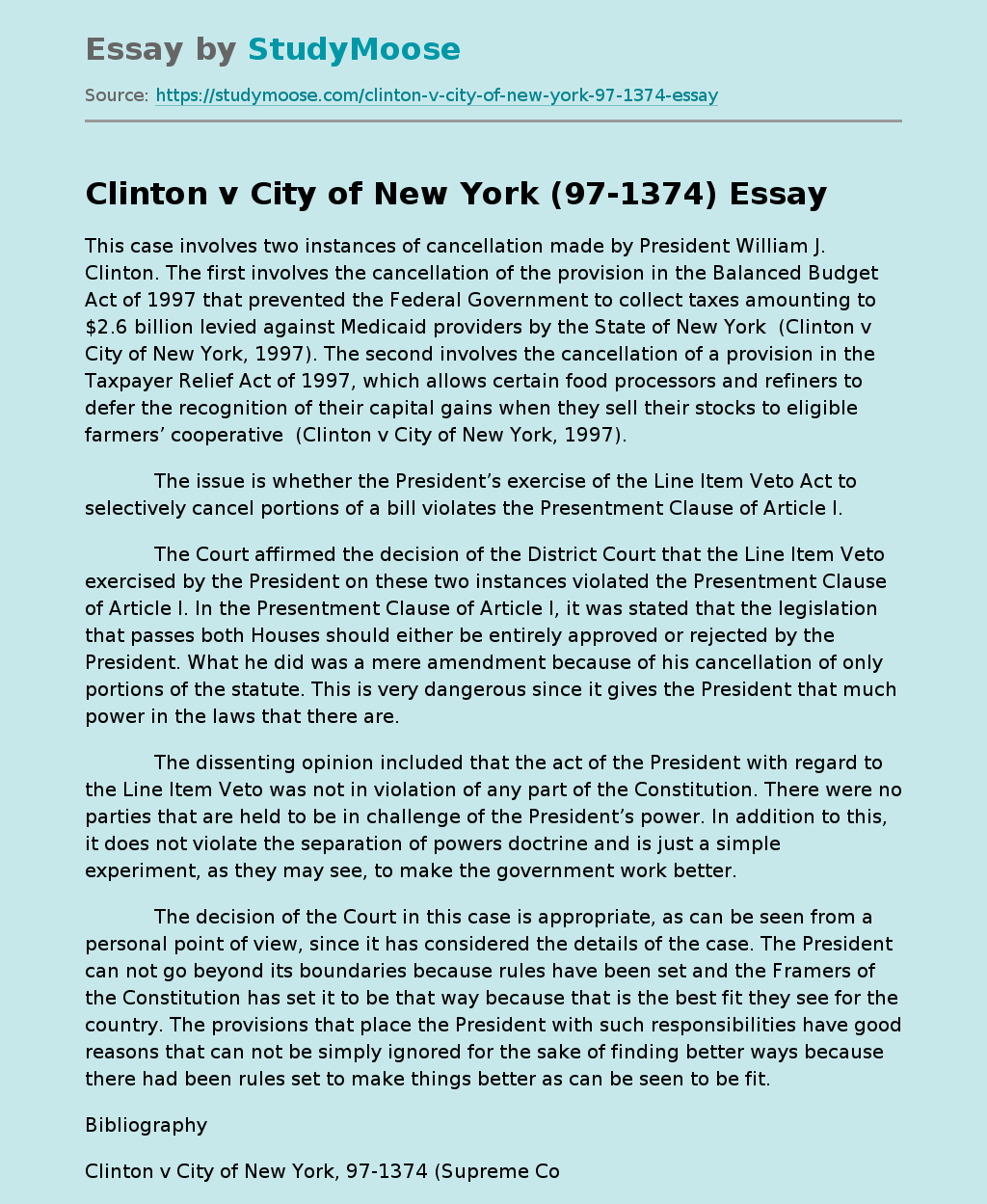